On June 17, the Saudi-led coalition and its proxies advanced northeast of the airport of al-Hudaydah and reached the al-Matahn roundabout, according to the UAE-based al-Arabiya TV. Heavy clashes between coalition forces and the Houthis are currently taking place in the northern part of the airport and north of it. The Sky News Arabia TV reported that warplanes and attack helicopters of the Saudi-led coalition are conducting airstrikes on the Houthis’ positions and vehicles inside the airport and in the coastal city of al-Hudaydah. Reportedly, dozens of Houthi fighters have been killed by the coalition air force, so far.

Meanwhile, the UN Special Envoy to Yemen, Martin Griffiths, arrived in Sanaa where he will meet with the leadership of the Houthis in the upcoming hours. Griffiths will offer the Houthis a peaceful agreement, under which the UN will control the strategic port of al-Hudaydah, according to al-Arabiya.

While the UAE welcomed Griffiths’ offer, the Houthis are expected to reject it, because the port is considered their last supply line. Tons of humanitarian aid are shipped to the Houthi-controlled areas on regular basis through this port.

Israeli and US barbaric forces have intruded in —- Palestine, Syria, Yemen, Libya, Afghanistan, Latvia, Lithuania, Ukraine, Georgia etc. —- and are holding civilians hostage there with risk of lives. Depriving them of food, water, shelters and medicines.

US, UK, France want to close all routes for Syria, Iraq, Palestine and Yemen that once opened for ISIS and Al-Qaeda

http://www.palestineportal.org/wp-content/uploads/2017/01/Maps_1897-Present.jpg
Click on map for larger view.
Notice in the left map there is no Israel. Israeli migrant state is like ISIS state created by UK, US, France and Saudi regimes. They all are child butchers.

After full liberation of Syria all Muslim nations Egypt, Jordan, Syria, Lebanon, Turkey, Iran, Iraq, Russia, China and Pakistan will come together to liberate Palestine from US and NATO proxies Israel by using their own weapons and army units. For Palestine they will fight even with Zionist Saudi regime if needed. They will not stay calm until to erect the Palestinian flag on Tel Aviv.

Look out!
Here he is lol 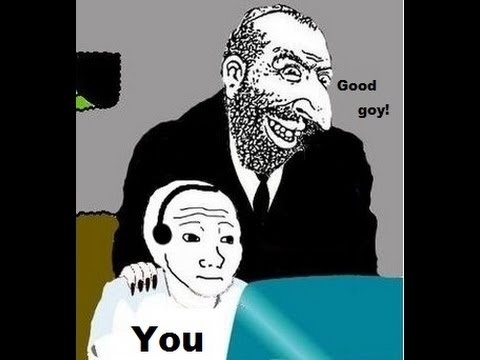 Then Russia, China, Pakistan, Turkey, Lebanon, Syria, Iran, Jordan and Egypt will begin the rescue operation for Palestinian hostages from US, UK, France, SA and Israeli migrants. Israeli state of migrants will be completely dismantled and all Israeli migrants will be deported back to their native states from where they have migrated under conspiracy. There will be just one country called Palestine and not any other country.

US, UK, KSA and Israeli migrants have invaded Palestine, Syria and Yemen and have held hostage these three nations there. Turkey, Lebanon, Jordan, Egypt, Iran, Pakistan, Russia, China etc could send their TV news anchors and leaders to Palestine, Yemen and Syria to know about their casualties, damage, needs etc and how to rescue them from aggressors.

Just in Palestine and Yemen there are many hostage children that are now dying due to starvation, disease and poisonous drinking water. Each day they surrendering these devastated nations and taking thier lands.

Kid stop preaching what is already common knowledge and if you strongly feel about this, there is always a way to do something about it, rather than speak about it and trying to convince others to do, what you know it must be done.

And each individual has is own idea of what that is, that it must be done, so go do what you think must be done and get it over with.

It looks like this airport might turn into the main contact line for this battle. Still I’m sure that the shortage of supplies will be decisive.

I think so too, at least for the time being. The airport is destroyed so not of great importance compared to the port so Houthis may make a tactical retreat once they have made the coalition pay dearly.

You mention Shortage of supplies – is this the case for the Houthis or coalition or both? Am curious what has you believe it will be decisive.

I do not trust the claims of Saudi/UAE “media.”

I find your lack of faith disturbing. The Saudi/UAE media made it clear that the coalition possess special powers that allow for them to achieve objectives in reverse order of time.

Below are statements that paraphrase actual Gulf State media reports:

This one takes the cake:

June 17: The coalition bombs the crap out of the airport without any reference to prior reports of coalition forces having already liberated the airport.

The UN works only for Jewish interest. And since Jews are racist against Goyim-Yemeni’s, I suggest that the indigenous tribes kick the UN out of Yemen forever.
The UN passes laws against everyone, and enforces them on everyone except against Israel.
Israel has an illegal nuclear program. Israel commits genocide. And on and on.
The UN serves only one group upon the earth, and no one else.

Anyone reading history would know the Houthis accepting such would be stupid. The Cypriot gov accepted such a promise by the UN Canadians in 1974 only to see it almost given away to the Turks. It was only hard fighting which allowed them to keep it out of rapacious Turk hands.

Griffiths will find a way to let the port slip out of UN control and he will turn around ,shrug and say to the Houthis : whom he hates,”Sorry”.