On Wednesday, the Saudi-led bloc dropped its list of 13 demands to Qatar after Saudi Arabia, the UAE and their allies had failed to push the tiny gulf state to accept the demands via diplomatic and economic measures and didn’t find the political will to intervene the country despite the agressive rhetorics that followed the whole diplomatic crisis.

The list of 13 demands was introduced to Qatar in June. It included shutting down the Al Jazeera news network, closing a Turkish military base, cutting ties with the Muslim Brotherhood and droppign cooperation with Iran. At the same time, Saudi Arabia, the United Arab Emirates, Egypt and Bahrain broke diplomatic relations with Qatar and imposed an economic blockade on the country. However, Doha, supported by Turkey and Iran, refused to follow the demands of the Saudi-led bloc.

So now, Saudi Arabia and its counterparts seek to push Doha to accept some ‘six broad principles’. This is a big PR victory for Qatar. However, the diplomatic crisis is still far from its end.

Saudi Arabia’s U.N. Ambassador Abdallah Al-Mouallimi told a briefing for a group of U.N. correspondents that the four nations are now committed to the six principles agreed to by their foreign ministers at a meeting in Cairo on July 5, and hope Qatar will support them as well.

The principles include commitments to combat extremism and terrorism, prevent financing and safe havens for such groups, and suspend all acts of provocation and speeches inciting hatred or violence.

Al-Mouallimi said the four-nation quartet thinks it “should be easy for the Qataris to accept” the six principles. He stressed that implementation and monitoring must be “essential components,” and “there will be no compromise when it comes to principles.”

But he said both sides can talk about details of “the tactics” and “the tools” to implement them — “and that’s where we can have discussion and compromise.”

The Saudi ambassador explained that the initial 13 points included some principles and some tools to achieve compliance.

Mixed in the 13 points were what Western nations might see as fair demands, such as cracking down on support for extremists and curbing ties with Iran, and tougher-to-swallow calls to shut down the Al-Jazeera television network — one of Qatar’s best-known brands — and kick out troops from NATO member Turkey, which has a base in Qatar.

Al-Mouallimi stressed that stopping incitement to violence is essential, but he said closing Al-Jazeera might not be necessary.

UAE Minister of State for International Cooperation Reem Al Hashimy said all the countries involved have strong relations with the United States “and we believe that the Americans have a very constructive and a very important role to play in hopefully creating a peaceful resolution to this current crisis.”

The pot calling the kettle black. SA is an exporter of terrorism and war crimes. It is in no position to make demands on any nation. The Saudis need to clean up their own house first.

yes, and the same with our western regimes, we have nukes but pretends it is unacceptable for other countries ( Iran, N-Korea) to have some…
the summit of double standard here is the US as they are the only country which used nukes on people and even on civilians, commiting the genocide of 2 huge japanse cities…

Yes and during WW2 used chemical weapons on European cities .

The Qataris would be fools to accept any demands now. Let the Saudis lose maximum face.

No, not good for the Qatari. Humiliating frenemies is always a bad idea because it eventually comes back to bite you in the ass.

If this is what it appears to be on the face of it – an attempt by the KSA+friends to rein in Qatar’s terrorism then they should make a deal that allows the Saudis maximum face…(One man’s terry is another’s freedom-fighter thingie.) If, as I suspect, this is an excuse to Yemenise Qatar, an attempt which got stymied well and good by Ankara, then they should still allow Saudi to withdraw with maximum face.

But yeah …. it would be good to see those smarmy arseholes in fancy dress grovelling in muck.

Thats the insane part of this rediculous episode!! It beggars belief that anyone at all is looking at this situation and not thinking the exact same thing.

Yeah, I know violence isn’t the answer to violence and innocent people would get hurt, but I’m getting seriously tired of these terrorist factories. I can’t say to nuke Tel Aviv because that would be anti-semetic, and I can’t say to nuke Washington D.C. because that’s illegal (for me), but the first three would probably serve as a sufficient wake-up call to the other two.

nuke Washington, London, Paris and Berlin, too… to make sure)))

The truth is you are being somewhat anti semetic since there is the possibility of killing levant people and Jews in those cities .

Uh huh…??
So I can’t kill Jews because that makes me an anti-Semitic?
…..But it’s Okay with a very big capital O to be ….. anti-Muslim, anti-Christian – or anti-Anything-Except-Jews? Then …. GAFYWAC.

This one should do the trick – it has the little extra …. ball-tickler. 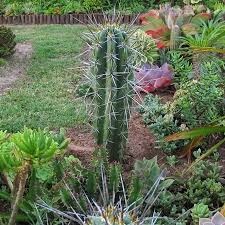 Nah your still being anti Semitic still by going after those groups it still , even the Christians , many Jews converted to Christianity. The truth is your damned if you do or don’t .

Well I can add them for you:
1. Nuke Tel Aviv.
2. Nuke Washington DC.
In fact, just those two would force your small fry into line for the next 100 years.

And it’s not anti-Semitic or anti-American to hate people and countries that deal perpetual death and destruction outside their own borders with impunity – it’s merely being a decent human being.
;-)

See how easily nuking somebody can get out of hand?

I just posted this at WP

I would be happy to see somewhere printed this famous six principles . So that I can read the original meaning and the details of it. What is the content in these principles on behalf the qatari – iranian cooperation and econonomic ties ? (Or does having a friendly and prosperous policy and strong economic relations with Iran translate in “funding terrorism”?)
That is the key question.

Probably. They want as few countries as possible in the region to support iran. But they will fail (saudis) :)))

Ta…. I was wondering the same thing.
All too often – the explanation of “principles/demands” isn’t what’s written.

You all forgotten to nuke the mainbases of evil JERUSALEM, MEKKA AND TEL AVIV! The world would be a better place!

And the soap-opera continues, this is what happens when idiots get rich, west introduced them (for a modest fee) into UN and all sorts of other international institutions (read: western clubs) but did not expect them to utter a word there. Of course now they feel privileged and obliged to use the international scene to conduct their “affairs” there, ruining that last bit of credibility those very same international institutions have left. This is worse than the reality TV, worse than soap-operas this is bottom of the bottom, if the citizens of SA cannot get rid of these morons that are in power there, then UN should put them under the international protectorate

Yeah!! And sue the bastards for economic losses!

I believe there is a mistake in the translation. It should read the “Six principles of a broad.”

It’s called distilled thinking. Left long enough, they can ‘render’ their gripes down to he essential ‘turds’ they are.