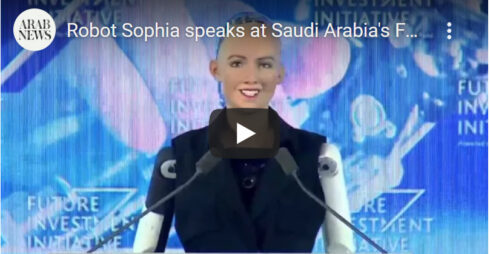 Saudi Crown Prince Mohammed bin Salman has tamed his kingdom’s ultra-conservative religious establishment and made hyper-nationalism rather than religion a pillar of a new 21st century Saudi identity.

But the first beneficiaries of a recent decree to give citizenship to high-end achievers in law, medicine, science, technology, culture, and sports suggests that Prince Mohammed, in contrast to the kingdom’s main competitors seeking to attract foreign talent that include the United Arab Emirates, Qatar and Singapore, sees religion as an equally important realm of competition.

The fact that approximately one-quarter of the 27 new citizens are Sunni as well as Shiite religious figures, some of whom are not resident in Saudi Arabia, telegraphs the significance that Prince Mohammed attributes to the religious soft power rivalry between Middle Eastern and Asian Muslim-majority states as well as a powerful Indonesian civil society movement.

The bulk of the new citizens are prominent medical doctors and researchers, scientists, engineers, and historians. The religious scholars, with exception of Mr. Al-Husseini, were either signatories of the 2020 Mecca Declaration that called for cultural and religious tolerance and understanding and/or members of the supreme council of the Muslim World League.

Prince Mohammed has turned the League that was until 2015 a prime vehicle for the global spread of Wahhabism, the kingdom’s strand of ultra-conservative Sunni Islam, into his main tool for spreading a message of religious tolerance and interfaith dialogue.

It is a message that has translated into the infrastructural and economic development of disadvantaged Shiite areas of Saudi Arabia’s oil-rich Eastern Province and the appointment of Shiites as CEOs of key companies, including Aramco, the state-owned oil company.

It has not translated into allowing Shiites or anyone else in the kingdom to express themselves freely or criticise the crown prince or government policy. Nor has it prompted the government to allow non-Muslim worship in public or the construction of non-Muslim houses of worship.

The naturalisation of Lebanese and Bosnian religious figures came at a moment when both countries are in crisis.

Saudi Arabia is leading a boycott of corruption-riddled and bankrupt Lebanon in a bid to break the hold of Hezbollah, an Iranian-backed militia, on the country. The boycott has further pushed the one-time middle-income nation towards an abyss with more than half of its population reduced to living below the poverty line.

Bosnia is similarly balancing on the edge of a cliff with Bosnian Serbs threatening to blow the federation of Muslims, Croats, and Serbs apart.

Saudi Arabia is the latest state to announce citizenship or permanent resident programmes designed to attract global talent. Qatar became in 2018 the first Gulf state to do so, followed by Singapore in November of last year and the UAE in January.

Various states like the UAE and Qatar had earlier real-estate driven programmes while Qatar also has a record of granting foreign athletes citizenship to shore up its performance in international tournaments.

Saudi Arabia, in a gimmick that sparked discussion as well as mockery, granted in 2017 citizenship to Sophia, a robot with the form of a woman. Mimicking a human, Sophia told a high-brow investor conference that it was honoured to be the first robot to acquire Saudi nationality.

The symbolism of the gimmick was reinforced by the fact that the robot despite mimicking a woman did not wear a headcover or a garb that covered the shape of its body. Dress codes for women had at the time yet to be significantly liberalissed.

The UAE has taken the lead in liberalising socially in its effort to remain attractive to expatriates, enable it to counter Saudi efforts to force companies that want to do business with the Saudi government to headquarter in the kingdom rather than Dubai and project the country as a beacon of moderation.

Racing ahead of the kingdom, the UAE has in the past year laid out plans that give residents the time to look for a new job if they become unemployed rather than force them to leave the country immediately, allow parents to sponsor their children’s visas until the age of 25, and ease visa restrictions on freelancers, widows, and divorcees.

The Emirates further ended lenient punishments for “honour” killings, lifted a ban on unmarried couples living together and decriminalised alcohol. It also reformed personal laws to enable foreigners living in the Gulf state to follow their home country’s laws on divorce and inheritance, rather than being forced to adhere to Emirati legislation that is based on Islamic law.

Saudi Arabia has yet to adopt similar reforms. In the meantime, the government hopes to strongarm companies by warning that it will not grant contracts to businesses that have failed to move their regional headquarters to the kingdom by 2024.

More than 40 companies are expected to move to Riyadh within the coming year, according to Fahd al-Rasheed, president of the Royal Commission for Riyadh City. Mr. Al-Rasheed hopes to have attracted 480 companies by 2030. Saudi officials are reportedly attempting to persuade some 7,000 foreign companies to set up shop in the kingdom.

The competition for foreign talent raises potentially explosive demographic issues, particularly in Gulf states with a citizen deficit where more than half of the population is made up of non-nationals. To some degree, the Gulf states’ efforts to attract foreign talent addresses questions raised several years ago by Sultan Sooud al-Qassemi, an erudite Emirati intellectual and art expert, at a time that discussion of the subject was taboo.

Little surprise that Mr. Al-Qassemi sparked controversy by advocating a rethinking of restrictive Emirati citizenship policies that were likely to exacerbate rather than alleviate long-term problems associated with the demographic deficit. Echoing a sentiment that was gaining traction among internet-savvy youth, Mr. Al-Qassemi noted that foreigners with no rights had, over decades, contributed to the UAE’s success.

“Perhaps it is time to consider a path to citizenship for them that will open the door to entrepreneurs, scientists, academics and other hardworking individuals who have come to support and care for the country as though it was their own,” he argued.

By the same token, controversy erupted when Qatar granted 23 athletes from 17 countries citizenship in advance of the 2016 Rio de Janeiro Olympic Games. They constituted the majority of the Gulf state’s 39-member team that won Qatar’s first-ever gold medal. It was a debate that made clear to Qataris that there were no easy solutions to a demographic deficit that could prove unsustainable in the long term.

Qataris worried that naturalised citizens could upset their carefully constructed apple cart. Qatari identity was given a boost when Saudi Arabia, the UAE, Bahrain and Egypt declared a diplomatic and economic boycott of the Gulf state that was lifted early this year.

“Even so we have a problem,” said a Qatari businessman. “Handing out citizenship will only make things more difficult.”

One group whose citizenship ship claims should be relatively easily resolved are the Bidoon or Without in Kuwait and some other Gulf states. A stateless nomadic minority that failed to register for citizenship at the time of independence, the Bidoon are denied access to public services and often exist in relative poverty.

A student using the handle @_Itsaja_ on Twitter said she and other students had been expelled last Sunday from Kuwait’s Al-Jahra High School when it was discovered that they were Bidoon. Several students sent almost identical tweets.

“I am a student in my last year of science, I study in the evening, I got 98% last year, and today I am expelled because I am from #البدون (#TheBidoon) even though all the required documents are complete.,” tweeted Adin Shamseddin echoing the exact words tweeted by others.

As outsider of Islam I know its haram for almost all muslims to debate women and equal rights even most women in Islam not even are given the rights Islam does.

Most muslims cover them by they are not as bad as Wahabisme. But most of You has never written a single line from Islam. You are told invery biased versions by old illeterate men.

Number one should be to translate allparts of the religion into the local languages. The many incomming muslims here could not even read and write at all. Nothing is wrong with their brains and men and women are equil in brain activity as well. Even so the men expect their bought vomen should be home making children, where the stow is.