The Houthi-Saleh alliance has shot down the Saudi Apache helicopter in the western part of Taiz province in southwestern Yemen. 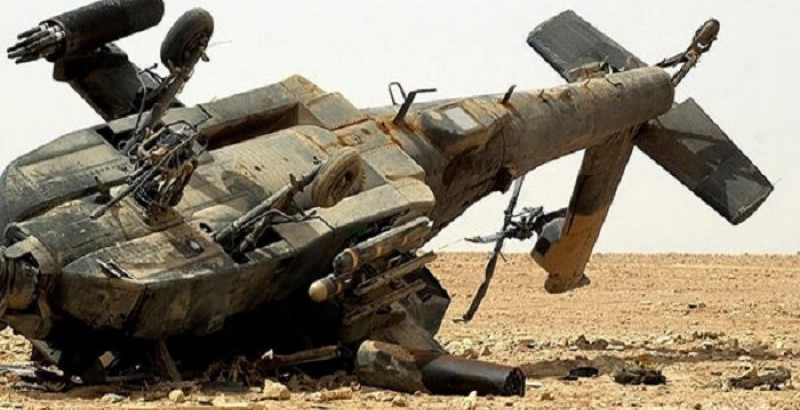 The Apache helicopter, which belonged to the Saudi forces, has been shot down by the Houthi-Saleh alliance in the area of the coastal city of al-Mukha, located in the western part of Taiz province in southwestern Yemen. Earlier, the Saudi side claimed that during the past two days, it managed to take full control over the al-Mukha’s port area, however, the incident shows that it is not true. Reportedly, the helicopter was shot down while it was attacking positions of the Houthi-Saleh alliance in the area.

At the same time, concentration centers of Saudi-backed militias, stationed in Bab al-Mandab region, were hit with a ballistic missile, launched by the Houthi-Saleh forces.

In December, another Saudi Apache helicopter was shot down by the alliance in the kingdom’s southern province of Najran. Houthi-Saleh fighters also managed to destroy one Abrams tank and kill five Saudi soldiers at the Qiyadah military base during their attack.

Since the beginning of the Saudi-led invasion into Yemen, the alliance has managed to shoot down several Saudi-owned unmanned aerial vehicles (UAVs) all over the country.

On Tuesday, the Fars news agency reported, citing an unnamed senior Yemeni military official, that the Saudi forces have been doing their best to take control over Bab al-Mandab, but could not do this.

“Saudi-led troops are conducting military operations with support of the international intelligence services because Bab al-Mandab is highly-important for the US and its regional ally Israel,” Fars quoted the words of the military official.

At the same time, he confirmed the fact that the Yemeni Navy threatened to drown more Saudi vessels in Bab al-Mandab region, as well as the fact that clashes between Houthi-Saleh fighters and Saudi troops have intensified in Dhubab and al-Mukha regions. The official noted that hundreds of Saudi soldiers were killed in the both regions. He also added that the Houthi-Saleh forces have also repelled a large-scale offensive of pro-Saudi militants, aimed at advancing in Dhubab region near Bab al-Mandeb.

It’s in extremely bad taste to smile when reading news like this, but there are times when one cannot help it.

Keep on shooting them down boys!

Could this be the turning point that the World has been waiting for ?. Good luck to the Houthi-Saleh alliance. Now get some engineers in there, strip the helicopter down and use any remaining missiles against the next one (helicopter).