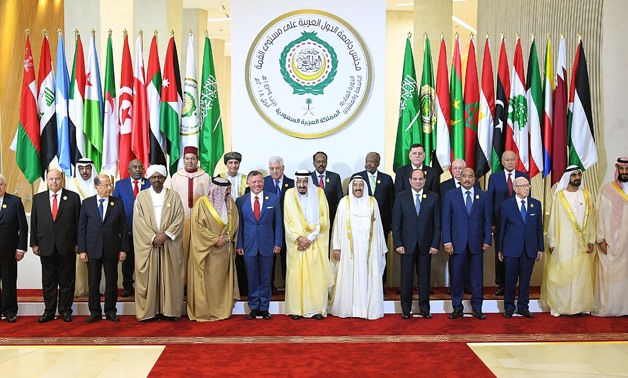 On March 10th, Saudi Foreign Minister, Faisal bin Farhan, said  that the Syrian crisis requires a political solution that needs coordination between the Government and the opposition. During a press conference with his Russian counterpart, Sergey Lavrov, Ben Farhan indicated that Syria should return to the Arab League and enjoy stability and security, adding that his country has been keen to find a way to stop the bleeding in the brother country since the beginning of the Syrian crisis.

The Saudi Minister affirmed that Riyadh is also keen to coordinate with the Russian side regarding the Syrian file, and Saudi Arabia agrees with Russia on the importance of finding a political path that leads to a settlement and stabilization of the situation in Syria because there is no solution to the Syrian crisis but political.

For his part, Russian Foreign Minister Sergey Lavrov said that he discussed with Saudi officials regional issues and the situation in the Gulf, and emphasized ensuring security in the region, noting that the talks paid great attention to the Syrian file, the unity of Syria and its territorial integrity, and the Syrians’ right to independently determine their future pursuant to the text of International Resolution No./ 2254 /.

In the same context, the Russian President’s Special Envoy for Syrian Settlement Affairs, Alexander Lavrentiev, met with the Saudi Crown Prince, Mohammed bin Salman, and they discussed the latest developments in Syria. However, the outcomes were not revealed.

The Emirati Foreign Minister, Abdullah bin Zayed Al Nahyan, has previously claimed, after his meeting with Lavrov, that Syria’s return to the Arab League is inevitable.

Bwahahahaha….the Jewish House of Wahhabistan is shittin’ their Panties…they are Attacked on ALL Sides…the Wahhabi Headchopping Vermin is “Fighting” a Losing Battle…Machamad ben Shlomo is trying to safe his Sorry-Arse….You are a DEAD “man” Walkin’ boy!

Just Me
Reply to  khaled iskef

It is just Wahhabi double speak, they are still funding the headchoppers. The problem is that the Saudis and Emiratis are hated in the Arab street and their terrorist policies have failed. Dr. Assad is still there after 10 years of relentless Wahabbi and US terrorism and Syria is much stronger.

Jens Holm
Reply to  Just Me

You all are like hippo here. None of You should have influence but only gras in a zoo with bars between You.

Only Saudis and Israel has liberated themself in the whole area. It was a great mistake the winners of WW1 and WW2 tryed to make real countries to You.

Ypur culture and religion just dont learn You to handle anything Yourself. Only the few with talent for grapping and corruption does well – FOR THEM SELF.

corruption? ask the americans and the british, the have a triple a ratings

Under blair in iraq yeah,the brits were corporate eu-epp stooges back then.

You calculate in amounts of money, which also can make sense.

But You have to calculate in % as well as the money flow is very high by activity. Its about “harm to the system” so to speak.

Hahahaha…Headchoppers were Double Crossed & Betrayed by Their AngloZioNazi-Puppetmasters… The Brainless, Retarded, Psychopathic, Headchopping Wahhabi-Muslimbrotherhood Maniacs perhaps finally start realizing that they have been Working for the False Prophet…No 72 Virgins for them…their Earthly Bodies turned into Fertilizer & their Souls will get a One-Way Ticket to Hell…ashes to ashes…

The same with Treacherous Dönmeh Sultan: It was in Turkey’s best interests to create peace along the Syrian Border…these Wahhabi-Muslimbrotherhood-Parasites are always speaking with Forked Tongue for Their OWN INTERESTS…

Turkey did not establish peace on the Syrian border, but occupied it

That is what I say…Turkey should have shaken hands with Turkey a couple of years ago… but Treacherous Snake Sultan Dönmeh ErDOGan prevented that single-handedly… This Fictitious fight of the Dönmeh Muslimbrotherhood vs. the ZioNazi-Kurds is to Establish a Dönmeh Greater Ottoman Empire (back-up plan for the Failed Oded Yinon-ISIS-Caliphate)…

Btw…do you happen to know a guy named Farbat by any chance?

a bit much coming from one of the main criminals behind the by now 10 year old war in Syria, foisted on the syrian people by the disunited states of insufferable fools, saudi arabia and most of all, the jews in palestine. to return to a relative peace in the middle east, the jews in the illegally held palestine must be put on the list of extinct species post haste, like the dodo-bird. the insufferable fools shipped back home and the wahhabistanians put in an early grave, siding with the white nwo, amounts to treason no less.

The Saudis are on their knees in Yemen and looking for anyone to bail them out. They think by kissing Russiana$$ they may fool the Syrians. No one is that gullible. The simple fact is the headchoppers are being pounded to dust in Idlib and Russia and Iran are not going to give the headchoppers an inch.

this is so true.. along 2 years Saudis doing this just from their big mouth …. only thing we saw was the Continuous support of the headchoppers .

Just Me
Reply to  khaled iskef

That applies to every conflict from Ukraine, Palestine to even India and Pakistan. Jews thrive in death and destruction and are proud about it. It is the best way to manipulate the goyim.

by making some elected goyim leaders as puppets in there hand

and that is why they need to be deported to another location, preferably to the disunited states of insufferable fools since they are already bought and paid by the jews.

The Wahhabi a$$holes are cowards and totally untrustworthy and like children play games and lose. All of a sudden for the second time the puppet UAEcunts canceled Nutter Yahoo’s visit to Dubai, so much for the DOA Abraham accords LOL, RIP even before born.

Men should not decide anthing there about it unless they are refugees.

The Saudi pedo regime begins to be afraid, they know very well that they will be the first to be discharged, so they belatedly try to retrace their steps, too late and too little, soon someone will do the same service to their regime that the Wahabi have done to Syria, history does not discount anyone, even less to fools.

These were alien thoughts before 2015: 1. Riyadh is also keen to coordinate with the Russian side 2. Saudi Arabia agrees with Russia

too much talk …zero actions yet

the clown prince, who bought a fake leonardo da vinci and paid 450 million bucks; is aware that the disunited states are stealing his customers and must do something about it and thus the two deals with russia about reduced output of crude – both failures from the wahhabis point of view. the us is selling their light low sulphur crude on the market and buys russian heavy crude and poor clown is in the sidelines.

The Saudi’s are being misrepresented, they don’t like the Russian/Turkish/Iranian resolution 2254 one little bit, and what they discussed in private is the same thing they always discuss, the Leagues unwillingness to allow the Muslim brotherhood and Turkey to have a voice in Syrian/regional political affairs. They’re probably saying to the Russians, ‘but you have them on the Russian designated terrorist list, and we have them on the Saudi designated terrorist list, so how can we be expected to accept them as part of the political solution for Syria’. Here’s a few other interesting announcements that have been made just recently,

“The International Commission of Inquiry in Syria: Armed groups committed crimes similar to those of the government”,

“European Parliament: The normalization of relations with the Syrian government is linked to real progress in the negotiations process”,

The first one confirms the UN now thinks the opposition groups are just as bad as the SAA is [in their eyes], And the second one means the EU is happy with the speed the small table talks are proceeding, which is at odds with what the Turks and opposition groups are saying, they keep accusing Assad of stalling the process. And what did the Russians have to say about it all,

But Turkey and Qatar have been the most instrumental at trying to promote the separatists attempts to destroy Syria’s territorial integrity, and they still are because they continue to support the armed groups that are still resisting the Government.