The popular committees captured the Al-Akama military positions in the Al-Meragh and Dhabi sites of Taiz province. 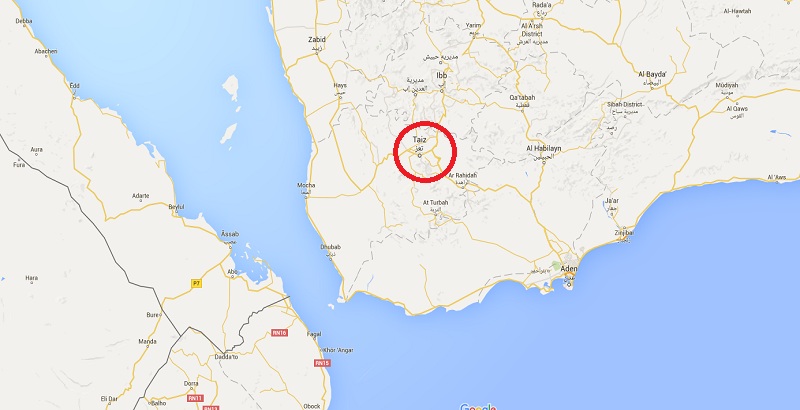 It is reported today that in the southwestern areas of Taiz province, the Yemeni army and popular committees made significant progress in fighting Saudi military by breaking into the Al-Jreibat military sites in Karsh area.

A battlefield reporter said that units of the army and the popular committees captured the Al-Akama military positions in the Al-Meragh and Dhabi sites of Taiz province.

“The national military also launched a major strike on positions belonging to the Al-Saud regime in Mount Sharaf Al-Enein and in the Jabal Habashi of the Taiz province,” a local reporter said.

Since the Saudi aggression began, more than 8,300 people including 2,236 children have been killed and 16,015 others injured. The coalition airstrikes have also taken a heavy toll on Yemens facilities and infrastructure including hospitals, schools, and factories.

this is a unmentioned war here in south Texas….not a single word ……. unless it is a false charge against Russia for bombing another hospital…. glad to see the Sauds take a beating…..and they think they can take on the Russians…..swell…..this will not end well for them…..thank God …..

This war has teeter tottered back n forth for quite a while but, right now the saudi’s have their back against the ocean and are near a total rout there. https://en.wikipedia.org/wiki/Template:Yemeni_Civil_War_detailed_map

Oh that was a nice gift…! thanks for the link….!