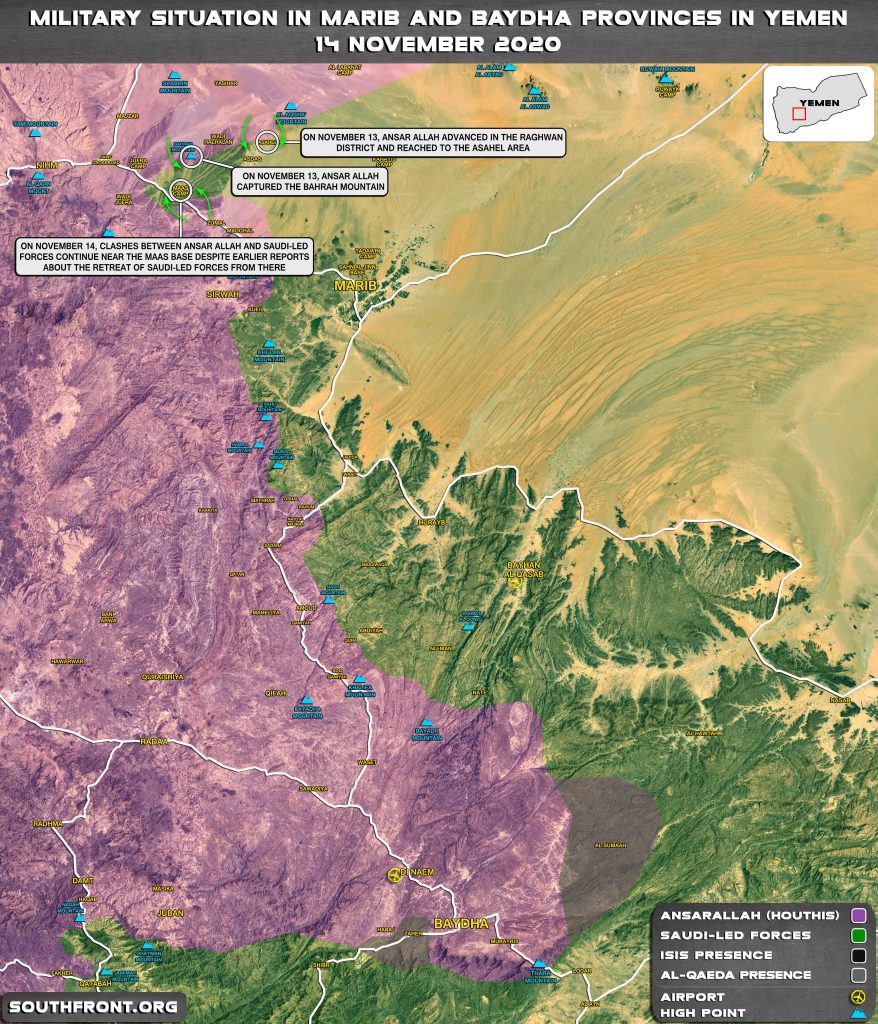 Clashes between the Houthis (also known as Ansar Allah) and Saudi-backed forces have been ongoing in the Maas base area in the Yemeni province of Marib. On November 12, serveral sources reported that the Houthis have captured the base. However, as of November 14, they have not been able to establish full control of it and the area still remains contested.

Oh yeah, right. Why don’t you just bring, like you used to do, those criminals from Pakistani prisons, all those Wahhabis, like you did back in the days in Afghanistan, Iraq, Syria, etc.? It won’t help, because these guys don’t fear you. It is gonna be run run run with your little gun, you can do me, you can do me none.