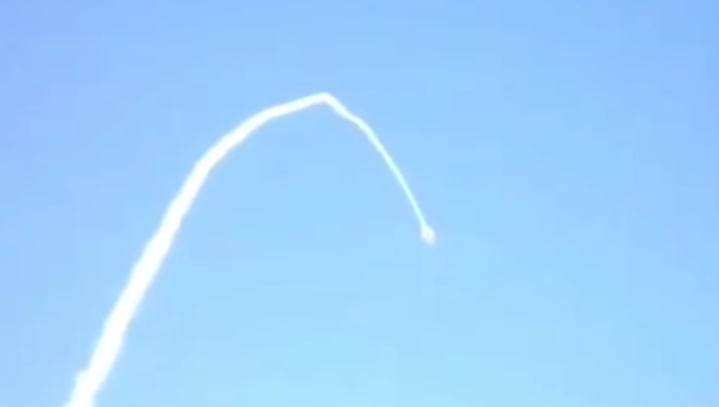 However, the Houthis didn’t announce that they launched any ballistic missiles or heavy rockets on December 21. So, the Saudi-led coalition claim could be a propaganda stunt that’s aimed at increasing the political pressure on the Houthis.

The Houthis launched a Burkan-2 ballistic missile at the Saudi capital, Riyadh on December 19. Back then the Saudi-led coalition claimed that the missile was intercepted.

In a related development, Houthis fighters continued defending their positions around the coastal town of Mocha in the western Taiz governorate.

The Saudi-led coalition forces are now partly besieged north of Mocha due to the strong resistance of the Houthis that are trying to captured all the positions they lost between Mocha and the port city of al-Hudaydah.

Fooook off Saudi, even if they did fire it, so what; you have killed hundreds of thousands and left over a million with Cholera or ZERO water, you rag head vermin.

Saudi Prince arrested its own billionaires to avoid opposition from white house advise.Since Saudi is financial turmoil it has to confiscate money from it’d own rich people.Which law says that you can claim billions to leave him for corruption without fair trial until proven guilty.

Yet the same prince bought a very very expensive house in the world that is how the Sunni monarch and his children exploit Saudi Arabia wealth.While bombs are falling on own brothers in Iraq,Libya,Yemen,Syria causing cholera, hunger,poverty human suffering.

USA uses Saudi Arabia monarch to oppress and destroying fellow Arab and Muslim countries.Example Iraq,Libya,Lebanon,Yemen,Iran Iraq war.Qatar is under siege instigator USA with two tongues back track because of losing big base to Turkey and Russia Iran.

If Saudi Arabia break ties with USA and join Turkey then peace will come over night to Arab Muslim world.NATO whites will be force by USA to fight Russian whites.

No it is the racist supremacist global Jewish confederate slave empire that uses the USA who then uses Saudi Arabia monarch to oppress and destroying fellow Arab and Muslim countries.Example Iraq,Libya,Lebanon,Yemen,Iran Iraq war.Qatar is under siege instigator USA with two tongues back track because of losing big base to Turkey and Russia Iran.