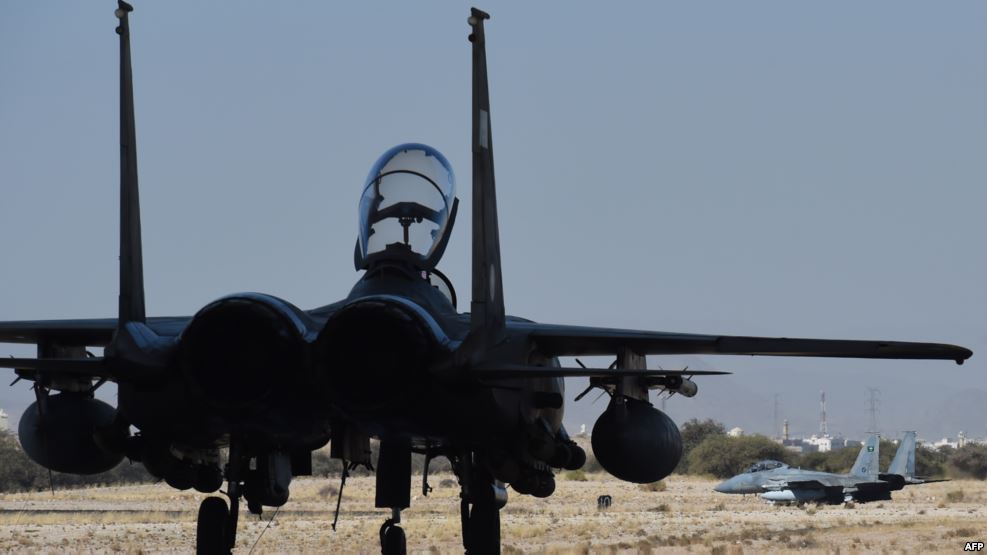 A Saudi F-16 warplane has been downed in the west-central Yemeni province of Sana’a, killing one of its pilots as it disintegrated while the other pilot survived the crash, Yemeni media reports say.

According to an unnamed source, the aircraft had been brought down by Houthi fighters in the province’s Nihm district at night on June 14, Yemen’s khabaragency.net website reported.

“The Yemeni army’s air defense force and Popular Committees targeted a Saudi F-16 warplane on Thursday night and managed to down it in the Nihm district east of the capital Sana’a,” the source said.

According to media, the Yemeni army and allied fighters are currently holding heavy clashes with militants under Saudi military leadership. Over the past 48 hours, 23 people from Yemen and 47 of the mercenaries had been killed.

The website also reported that at least 50 Somalis were killed by Saudi soldiers during the attack on Yemen’s western coastline in Bab-al-Mandeb. Saudi Arabia has strengthened its military presence in the area and has brought massive amounts of military hardware from the southwestern Yemeni port city of Aden to the Kahboub district west of the Bab-al-Mandeb strait to exert control over the area. This control would prevent cutting off the supply routes used by the Saudi forces.

According to local mass media, at least 100 people were either killed or injured from either side during fighting in the area on July 14.

At the same time, peace talks between Yemeni representatives and Saudi-backed former Yemeni authorities are going to be resumed in Kuwait on July 16. On July 14, after a meeting with the UN envoy for Yemen Ismail Ould Sheikh Ahmed, a Houthi delegation left the Omani capital Muscat and went to Kuwait.

Yemen’s Ansarullah movement earlier said any solution to the conflict in the country must guarantee the end of the Saudi aggression and its siege of Yemen.

Since late March 2015, Yemen has seen almost daily military attacks by Saudi Arabia claimed the lives of 10,000 people. The reason of the Saudi military aggression is an intention to restore power to Abd Rabbuh Mansur Hadi, who has resigned as Yemen’s president but seeks to return to power.

Hmm, … guess Fars News is in charge with this “department” …

Your comments remind me of those who discredit any WW2 accounts if they are sourced by the Russians because they aren’t trustworthy. Sure, the Iranians are obviously sympathetic to the Houthis and they don’t like the Saudis. The problem is that in any war the people who actually have the information also have a vested interest in the conflict. So what are we supposed to do, only take Saudi sources?

It’s not like there is a neutral referee standing there with an official scoreboard who can give use perfectly accurate stats like in a baseball game, ‘and for those of you scoring this at home, that is an E2’. Seriously, what are we supposed to do?

Good point Chris, I would just add that that neutral referee is ones conscience and intelligence and boy do you see a problem here?