Saudi Crown Prince Mohammad Bin Salman Al Saud told the Time magazine during an interview, which was released on April 5, that Saudi Arabia is ready to establish “good and normal” relations with Israel, once the Palestinian issue is solved.

Bin Salman added that Saudi Arabia and Israel share “a common enemy” in a direct hint to Iran. The Saudi crown didn’t also rule out an economic cooperation with Israel after establishing normal relations.

“We have a common enemy, and it seems that we have a lot of potential areas to have economic cooperation,” the crown prince said.

The Saudi Crown Prince recognized Israel’s right to exist during a previous interview with the Atlantic. Back then, Bin Salman also said that there is “a lot of interest” between Israel and member states of the Gulf Cooperation Council.

Saudi Arabia does not recognize Israel officially, but many recent reports show that the two countries are cooperating in the security field, mainly to counter Iran’s influence in the Middle East. The recent statements by Bin Salman prove that Saudi Arabia is now even ready to take its cooperation with Israel to the next level.

Yeah go back to your home country and make the same statements MBS. We all thought that Iraq would be jew puppeted earlier than KSA. But it’s a real convenient that the KSA is medieval backwards monarch.

it’s expected.. and most of us knew about it many, many years ago.. Anyway, what can one expect from Pagan Bedouins Nomads..!?

Look at that face and smile. Would you like that guy to be your friend? Buy a used car from him? Do you trust him to have your back? Or would you pat down your pockets every time you’ve been in the same room with this guy? Well, actually you probably haven’t, because he’s got more dough then any of us can imagine.

Seriously though, BFF’s once the Palestinian issue gets solved? Talk about an insurmountable challenge, as Israeli leaders will NEVER solve the Palestinian issue. And bad things happen to those who tried. Ariel Sharon died as a vegetable and Yitzak Rabin got murdered by a settler. Those nice friendly neighborly loving people who make Neo-Nazis look like fine upstanding humanitarian beings. Since Smiling Face desperately WANTS to have an alliance with Israel against Iran there’s got to be a catch so that Israel can meet that one obligation. Some way out so the Palestinian issue is no longer an issue. And that the Palestinians for certain will not going to like.

Unfortunately I agree, but I will add that if you look at the map, there is little of the old Palestine left, so if it is left for a year or two, who would a peace agreement be negotiated with ?.

4.6 million Palestinians are classified as refugees.

Rodger
Reply to  You can call me Al

How do I add a smiley that is smiling but not ?

I smell desperation. His military adventures in Syria and Yemen have been dismal failures. The big shakedown of his fellow “princes” can only sustain his Kingdom for so long.

I think this is right. The Saudi rulers are learning just like Israeli in 2006 and the USA for the past 17 years in numerous places, Syria, Iraq, Afghanistan that they can no longer take over nations with their military force. Things have changed, death to wars of aggression and capitalist imperialism!

His diplomatic adventures are even worse. Lost Qatar (and it’s gas) to Iran and Turkey in 1 week.
This guy will get such a surprise when his father croaks.

Better yet they’re the one who got the knack in running their kingdom including in making money and nice horses caretaker (terrorist contact/connection). MBS know no shit about running anything his bravado playing general in yemen is a failure, he don’t know how to make money, he has no political power.
Like Afghanistan his reign will be propped by US/Israel.

You sure do, yourselves.

Instead of this still Muslim world think that Saudi kingdom is not a Zionist kingdom.
Full Arab land is direct under the control of Zionists. Turkey must unite whole Muslim world and take Arabia from these Saudi Zionists Kingdom.
Muslims should not go to Haj and Umra until the liberation of whole Arab land from these Saudi Zionist Kingdom. Don’t increase the Zionist Israeli fund by going Haj and Umra.

Your comments are fomenting religious warfare, truly a disgusting thing. You think that the rulers give a damn about the subjects because they have a similar religion?

The RELIGIOUS KINGDOM of Saudia Arabia and the RELIGIOUS OLIGARCHY in Isreal are both capitalist first and foremost which serves their rulers, the ruling claq, not the average and poor people who fight so that the rulers may continue to sit on their thrones. 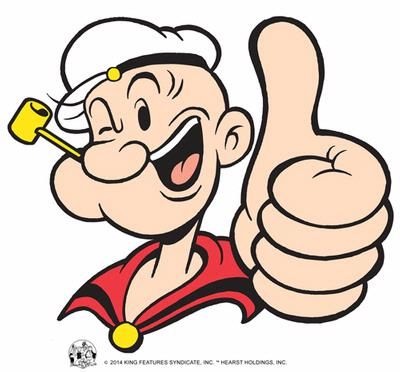 nope.. he’s telling the truth.. he and most people knows what’s going on there’s nothing to hide about..! What the Muslims forgot is that.. wahbabism is not a mazhab.. it’s an ideology.. so, what he’s saying up there is totally correct..!

Actually the majority of Muslims, both Sunni and Sh’ite fully understand and despise Wahhabism.

Instead of this statement of MBS still Muslim world think that Saudi kingdom is not a Zionist kingdom.

They’re (most of the Muslim & their clown ulamas) very much happy with the Wahbabi Bedouins fulus.. (money..) that they had been giving many, many years ago throughout the Muslim world & countries..
And turkey was once who takes as well.. not sure if still currently..

The World Shares a Common Enemy too….: The AngloZioNaziWahhabis

Kaaba and Arab land is in wrong hands. I mean in Zionist Israeli hands. The MBS current statement have exposed the greater Israeli mission in Arab land that it is not in the hands of true Muslims. Iran truly protecting both Muslims Sunni and Shia.

The Muslim will get it back one way or the other..! Just wait for their uprising.. very soon depending on how and what the Zionist & Co plans are..! Right now is the period to recognize and take notes which are which towards the Muslims as the Muslims starts unites into one ummah regardless of mazhab.!
When time is ripe.. we’ll know which are friends and foes to eliminates.. And that’ll be pay back time..!

I’m sure many here observe the Headline typos that occur from time to time. They are really annoying especially the above which should read: “Saudi Clown Prince” et cetera.

Israel and Saudi Arabia are the same diabolic zionist ennemy of the whole planet !

To all the Saudis.. These are (The Saud Laknatullah ‘alaih) your kafirin leader/s.. let’s see what will you & your clown wahbabi ulamas have to say before AllahTaala in the hereafter..!

““We have a common enemy” …….Yes you do, the whole bloody peaceful World.

yes both of you are against people of the region and islam.
if saudis claim that they are muslim its better for them to read quran and what it saying in 5.82.