The youngest brother of Saudi Arabia’s King Salman has returned from self-imposed exile to “challenge” Crown Prince Mohammed bin Salman (MbS) “or find someone who can,” reports the Middle East Eye. 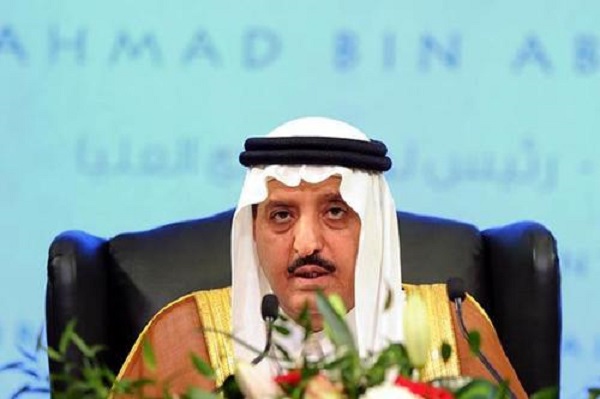 Prince Ahmad bin Abdulaziz is reportedly hoping to oust his 33-year-old nephew in the wake of an allegedly state-sanctioned murder of journalist Jamal Khashoggi. MbS has virtual control over Saudi Arabia after a June 2017 shakeup in which King Salman removed Muhammad bin Nayef as heir apparent. 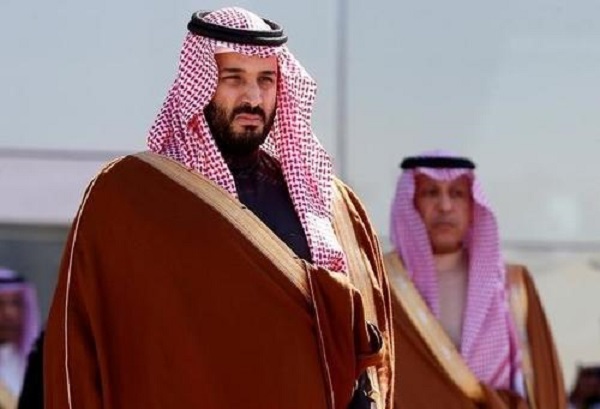 The septuagenarian prince, an open critic of bin Salman (MBS), has travelled with security guarantees given by US and UK officials.

“He and others in the family have realised that MBS has become toxic,” a Saudi source close to Prince Ahmad told Middle East Eye.

“The prince wants to play a role to make these changes, which means either he himself will play a major role in any new arrangement or to help to choose an alternative to MBS.” –Middle East Eye

Prince Ahmad has reportedly been meeting with other members of the Saudi royal family living outside the kingdom, along with “figures inside the kingdom” who have encouraged him to usurp his nephew. According to MEE, “there are three senior princes who support Prince Ahmad’s move,” who remain unnamed to protect their security.

According to Saudi dissident Prince Khalid Bin Farhan Al Saud, he expects a coup to be orchestrated against King Salman and MbS, as reported by the Middle East Monitor, which reports that a coup is “imminent.”

“The coming period will witness a coup against the king and the crown prince,” said Prince Khalid while commenting on the Khashoggi murder.

Khashoggi, a 59-year-old Washington Post journalist who had criticized the Crown Prince, was murdered on October 2 after entering the Saudi consulate in Istanbul to obtain paperwork ahead of his upcoming wedding. His body has not been found, but is believed to have been dismembered after he was reportedly choked to death.

Prince Ahmed bin Abdulaziz, 76, has been living in the UK for several years after serving as Saudi Arabia’s deputy minister of interior between 1975 – 2012, and briefly as minister of interior in 2012. Ahmed was seen as a potential candidate to succeed King Salman in the early 2000’s, however he was sidelined in March 2014 amid one of several shakeups within the House of Saud.

On November 4, 2017 bin Salman began arresting as many as 500 Saudi princes, government ministers and businessmen – detaining them in the Ritz-Carlton hotel in Riyadh. Private jets were grounded to prevent people from fleeing, while over 2,000 domestic bank accounts and other assets were frozen as the government targeted up to $800 billion in wealth that was reportedly “linked to corruption.”

Prince Ahmad was protected from the purge, as MbS was unable to touch any sons of King Abdulaziz, founder of the modern Saudi state.

As MEE notes, Prince Ahmad’s return comes amid a tense standoff between Saudi Arabia and Turkey following the Khashoggi murder. Turkish authorities have demanded to know what happened to the journalist’s body and have requested audio of the execuiton rumored to exist.

In a thinly veiled attack on the crown prince, Turkish President Recep Tayyip Erdogan on Tuesday accused the Saudis of protecting the person responsible for the murder.

“A game to save somebody lies beneath this,” Erdogan told reporters following a speech in parliament on Tuesday. “We won’t leave Khashoggi’s murder behind.”

The Turkish president, who outlined some of the investigation into Khashoggi’s murder in an address last week, has promised to reveal more details about the killing but has so far refrained from doing so. –Middle East Eye 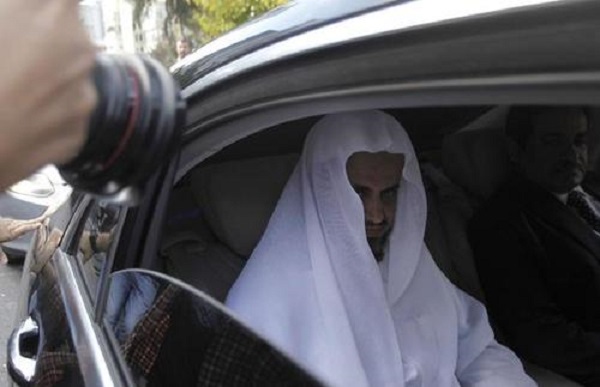 The Saudis, meanwhile, continue to refuse Turkish investigators access to a well located at the home of the consul-general which lies 500 meters from the consulate.

So far 18 suspects have been arrested in the murder, 15 of whom were members of a death squad reportedly sent to kill Khashoggi. MbS, meanwhile, has denied any knowledge of the operation which reportedly included five members of his personal security detail – three of whom have accompanied the Crown Prince on high-profile trips to Washington, London and Paris.

The exiled prince has challenged his nephew at least three times, according to MEE.

First, in the summer of 2017, when the king’s brother was one of three members of the Allegiance Council, a body of senior royals tasked with choosing the succession, to oppose bin Salman’s appointment as crown prince.

Prince Ahmed pointedly did not give an oath of allegiance to his nephew when he was made King Salman’s heir.

Second, when Prince Ahmad and King Salman’s brother, Abdelrahman bin Abdulaziz, died last year. Only two pictures were hung at the reception given by Prince Ahmad, that of King Abdulaziz and the current monarch. The crown prince’s portrait was notably missing.

Third, last month, when Prince Ahmad approached Yemeni and Bahraini protesters outside his London home who were calling the al-Sauds a criminal family.

The brother of Saudi Arabia's King Salman was heckled outside his residence in London.

So he confronted protesters telling them to blame King Salman and the Saudi Crown Prince instead pic.twitter.com/IzSY3tMs1Q

Ahmad told the hecklers that the Saudi royal family as a whole is not responsible for the war in Yemen – just the king and crown prince.

“They are responsible for crimes in Yemen. Tell Mohammed bin Salman to stop the war,” Ahmad told them in Arabic.

Love it. The House of Cards ….I mean Saud..may be coming down even if the Yankees have superglued them together for over ninety years!

Not the house of Saud.

The World will have a more Western butt-lickker coming soon, so that he may easily manipulated.

To save face for the US and UK + others, the war in The Yemen will be halted, Saudis will become the front runner is Syria to relieve the Yankers and basically business as usual Yank style.

The questions are, what happens with the S-400s and Russian business ties, and of course the the Chinese deals in local currencies.

oh dear, I have a bad feeling again.

Jonathan Cohen
Reply to  You can call me Al

If “more western” includes ABORTION RIGHTS, like in Bahrain, then power to them!

Can this be true, can I possibly have been right the last month or so. About questioning why the big fuss about Khashoggi’s murder, the big fuss on hypocritical lines and totally out of proportion by the likes of the US, UK and Turkey + others. There was me saying it is a false flag and the US, UK and maybe Mossad security forces probably undertook it FOR A REASON.

“The septuagenarian prince, an open critic of bin Salman (MBS), has travelled with security guarantees given by US and UK officials.”.

RamboDave
Reply to  You can call me Al

The Crown Prince may be addicted to Captagon, which may explain his recent “over the top” decisions. Please see my comment directly above on this subject.

You can call me Al
Reply to  RamboDave

Down, but I got it. Yes, fully agree with you.

Was it Captagon they supplied to the ISIS vermin?.

christianblood
Reply to  You can call me Al

Let us hope these ISIS-supporting savages blow each other up into smithereens!

Sounds like MbS have decided to switch camps which means the PetroDollar is about to disappear. If MbS cannot be dethroned quick enough then we could see a civil war, making Iran the winner.

I posted this earlier and relevant to this article

I do not think US is doing this as a pr stunt – not this time anyway. MbS creates to many problems so US wants MbS replaced by someone more suitable. The US still supports House of Saud so replacement can be from House of Saud – meet the new boss same as the old boss in family lineage but not so clueless.

I wonder what the Arabian Shia Minority thinks about all of this?

I think the Shia minority in Saudi Arabia should be watching this closely as there is a high possibility that this will create chaos and civil war within that evil empire!

The Crown Prince MBS, is probably addicted to Captagon, which is a drug also known as Amphetamine in the West. This explains his recent behavior.

The drug gives you a few years of incredible grandiose self confidence until your world collapses in on you and you become a basket case. The CIA knows all of this. They want to cut their loses now, before it is too late. The article link below explains the current Captagon epidemic in Saudi Arabia.

That makes perfect sense and if it the case ,it means that we can look forward to complete anarchy in Saudi Arabia and with a bit of luck the US prescription opioid epidemic will continue to create La La Land in the US :)

The old school factions of the family are even more responsible for repression of ABORTION RIGHTS, than MBS. If Trump had taken the oil like he promised, the Saudis would have no economic leverage whatsoever. I hope these royal factions all kill each other, and trigger a Saudi civil war in the process.