The incident took place in the province of Marib whrere the helicopter was deployed for a combat mission.

SPA’s statement on the issue:

The Coalition Forces Command in Support of Yemen Legitimate Government announced today that, on Tuesday morning 21/7/1438H (18/4/2017), a Black Hawk helicopter of the Saudi Armed Forces crashed while on a mission in Marib. The crash resulted in the martyrdom of four officers and eight rank officers of the Saudi armed forces. The investigations are ongoing to determine the causes of the accident. The Command pray to Almighty Allah to receive their souls into His mercy.

Al Arabia English said that the helicopter was downed:

“They said at least 13 people, including military personnel from Saudi Arabia and the Arab countries of the Persian Gulf region, were on board the copter when it crashed. The Saudi media said 12 troops were killed.

Military officials in Saudi Arabia swiftly confirmed the downing but said it was mistakenly targeted by a missile interception system in Ma’rib that was operated by the United Arab Emirates. Yemenis said, however, that armed forces loyal to former President Ali Abdullah Saleh, who is allied to Houthis, shot down the aircraft with surface-to-air missiles,” Press TV’s article reads.

The Coalition Forces Command in Support of Yemen Legitimate Government…

It should be called the Saudi supported regime (I know that Southfront is quoting a news article, just venting). Hadi has spent more time in Riyadh then Yemen and if I recall, his term as President expired before he unlawfully stayed in office and then resigned when the Houthis entered Sanaa. How is this war criminal legitimate?

These people have the nerve to call the Syrian govt ‘the regime’ but Assad has always had the guts to stay in Damascus for his entire rule except for an occasional trip abroad.

Assad’s trip to Moscow in October 2015 was the first trip Assad ever took abroad ever since the crisis began in 2011, so he isn’t known to be in other countries often, for any reason.

How is this war criminal legitimate?

That war criminal is the only US puppet that will allow the US to build out a huge naval base on Socotra island, Yemeni sovereign territory. The US has appointed itself gatekeeper for the Gulf of Aden and the Red Sea, so Hadi’s permission for a base on Socotra is critical. Plus Hadi a Saud suck-up (and well-bribed by them). Given those endorsements, why would he NOT be pushed as the legitimate war criminal president? It’s not like the US or Saudi Arabia intend to let the Yemeni people ever decide for themselves. Democracy is only good if it supports US interests, otherwise it’s terrorism. 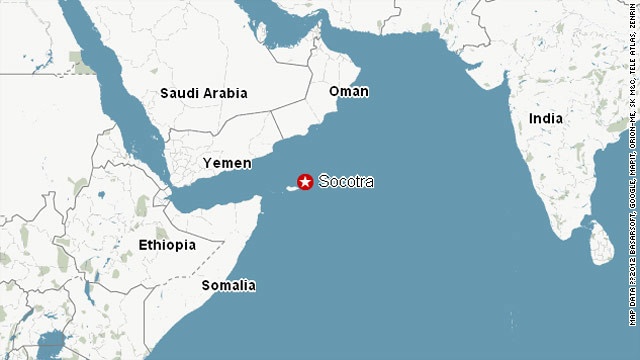 Thew UN ought to be all over that deal. Isn’t Socotra a unique world biosphere? A US military installation isn’t going to improve that much.

Few tears will be shed for a gaggle of Saudi’s .

normally i might feel sorry, but because of what they are doing over there, FUCK EM!

i loathe the saudi regime and everything it stands for- child killing bas$$rds that they are.

Is a Trool a cross between a Tool and a Troll?

Yep that saudi troll dead while using his tools

Too bad it didn’t have a princeling or 5 aboard. I imagine they duck service in Yemen unless it’s guaranteed safe.