In a shameless propaganda stunt, the Ministry of Foreign Affairs of Saudi Arabia published a poster, which reads “Your children … our children”, on its official Twitter account on November 5. The controversial poster, which included a photo of Yemeni children, was accompanied with a “We Stand with Yemen” hashtag.

Many human rights activists and new outlets slammed Saudi Arabia for its attempt to abuse the suffering of the Yemeni people. One of the main their arguments was that Saudi Arabia is considered to be the number one state responsible for the deteriorating humanitarian situation in the war-torn country.

Since the beginning of Saudi-led military intervention in Yemen in 2015, more than 56,000 Yemenis have been killed, according to a recent report by the Armed Conflict Location and Event Data Project (ACLED). While a large part of these victims were killed by Saudi airstrikes, thousands others were killed as a result of the strict blockade imposed by the Saudi-UAE-led coalition.

The blockade led to the one of the worst famines in the history of Yemen. Most of the victims were reportedly children. A cholera outbreak, which began in 2016, also claimed the lives of more than 2,300 civilians.

A report by the U.N., released last August, also accused the Saudi-led coalition, which is baked by the U.S., of torturing, raping and killing civilians in Yemen. International investigators said in the report that these actions may be considered as war crimes.

Last month, the U.S. Secretary of State Mike Pompeo called for a cessation of hostilities in Yemen. Later, U.S. Secretary of Defense James Mattis said that negotiations to end the war should begin within 30 days.

The Saudi-led coalition didn’t only ignore the call for the ceasefire, but even launched a large-scale offensive on the coastal city of al-Hudaydah, which is considering one of the main humanitarian ports in Yemen. The city is also hosting tens of thousands of civilians and refugees from other areas.

See what happens when you piss off the neocon leaders in America, little girl? When will you damn Shia learn to bow down to your Saudi/Israeli masters? Fortunately, you’re one little Houthi terrorist that will never threaten our freedom and liberty in the U.S. again! 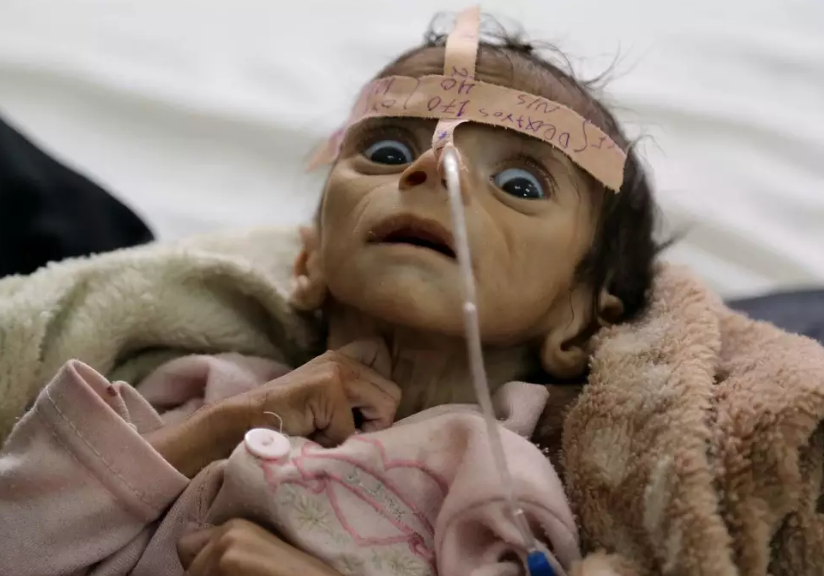 I know what you are saying, but the picture paints a thousand words and sorry on this instance I cannot up tick you as it is inappropriate on this post.

I shouldn’t be up-voted. I am responsible for the death of that child – my country did that.

And mine. I have these thoughts of locking up the UK perps for their deeds. There must be a way.

Ayauhteotl
Reply to  You can call me Al

It’s right, that we’re citizens of our country, Al. One might argue, that by opposing the official policy, there’s no guilt for the individual.
However, there’s also a moral guilt, cannot taken by any state, but by us individual beings.

No you stupid sod. Up ticking is inappropriate as it is so horrifying.

Who do you think you are talking to me like that you dumb piece of dog sh it. Yesterday you upvoted this comment and now a day later and a couple of drinks decided too abuse me so that just shows what a dumb wan ker you are. That is not horrifying , I have seen horrifying and that is not even close. Grow up and stop being a little girl trying too put man pants on.

“Stupid sod” is not a bad term, more joke-able, but OK. The rest is also laughable, but OK – my apologies.

I disagree. It is the worst humanitarian situation in the world for a reason. That picture captures exactly what is happening in Yemen and explains the ferocity of the Houthis

You and the other guy yelling at me, have it wrong. It is not the picture that is inappropriate (well it is, as it is sickly to see this happening), it is the damn up ticking to make some sort of light of it.

Hey I am not yelling at you at all. I just disagreed with you just as you have disagreed with me at times. The upticking is to acknowledge that no amount of propaganda will change the true face of this conflict. And I posted a comment to put into words the picture but I did not need a thousand words.

No worries S. Apologies from me.

““Your children … our children”
This must have been the last chilling message that poor Kashoggi must have heard over his screams as he was dismembered alive by the Saudi murderers. Pure evil, supported by the “superior and civilised” US/EU/NATO/GCC/Israeli gangsters. Barbarians.

The statement by the Saudi’s is grammatically incorrect. I provide corrected version

MbS: Starving Yemeni children? Fuck that! I’m the one who’s starving here! Bring me more food. Lots more, God damn it!
MbS [to Kushner]: I see you’re staring at my delightful kiwis, Jared. Would you like to try some?
Kushner: Oh, I already have been, Mo’… [burp..] Trust me. Now, about the Houthi Final Solution… Bolton and Pompeo gave me this PowerPoint presentation you should have a look at. Ignore the slide with the ‘soap and lampshades’ remark – that Bolton is such a smart ass…
MbS: To hell with the slides. What does Mattis want me to do? That guy scares the hell out of me.
Kushner: Um… not sure how to tell you this, but you know that meeting he just had in the UAE? He was so pissed off about Yemen that he supposedly put the crown prince in a headlock and snapped his f’king NECK! Right there. In the middle of the meeting. I’m pretty sure he’s on the Houthis side now… Maybe you should disappear for a while – go on vacation or something. Me? I’m hiding at Uncle Bibi’s place until dad fires Mad Dog. Yemen can wait until the president has the U.S. administration fully de-goyed. 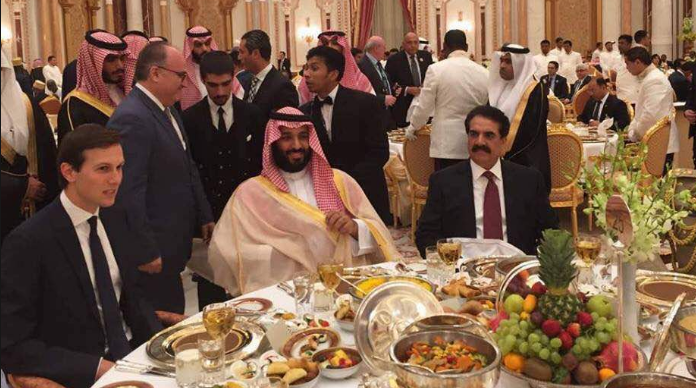 The loss of shame is commonly known as the first sign of complete imbecility.

I think they have shown the second sign, the third, the fourth, the fifth….