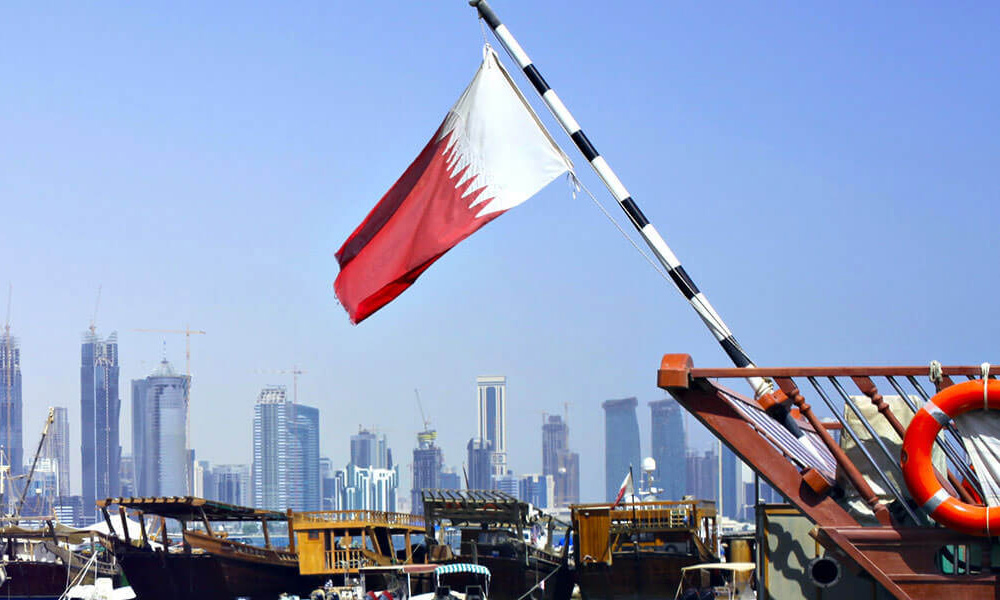 The governments of the United Arab Emirates and Saudi Arabia announced that any sympathy with Qatar or the publication of pro-Qatar material on social network websites would be considered a crime.

The United Arab Emirates, Saudi Arabia, Bahrain and Egypt announced on June 4 that they are cutting all diplomatic ties with Qatar and imposed limited economic sanctions, accusing Qatar of supporting terrorism in the Middle East and specifically in the Gulf countries in cooperation with Iran, according to many official Saudi sources. Furthermore, Saudi Arabia accused Qatar of supporting Hamas, Hezbollah and the Muslim Brotherhood.

According to Saudi reports, today a list of Saudi demands was sent to Qatar to to be met within 24 hours or new sanctions will be imposed against it by Saudi Arabia and its allies. The demands included:

According to Turkish media, the Turkish ruling Justice and Development Party has accelerated legislation to allow Turkey to deploy troops to a military base in Qatar.

It appears to be that Turkey is supporting Qatar in the current crisis. In turn, Qatar offers support to Turkey and the Turkish-led armed groups in Syria and Libya.

I never imagined that the Saudies are so incredibly dumb! They are throwing Qatar directly into the Iran-Russia-Syria Axis. The consequences can be really terrible for Saudi Arabia , their Gulf croonies and the US. One imagines the US carriers running into the Gulf with opposition of both sides. The Persian Gulf is a real small water. The tankers with fuel running at the same narrow strait.

That would be a really stupid move from Saudi Arabia,Saddam tried the same with Kuwait and how did that one end? I think Qatar will now fully embrace the Iranian – Russian alliance

Yeah, but Saddam thought he had approval to do so from the US and was sadly mistaken. Maybe if he had made a 100 billion dollar bribe in the form of arms purchases things would have been different, but at the time Saddam was kinda broke and heavily in debt to the KSA and Kuwayt. SInce the Saudis aren’t broke, see eye to eye with Trump on opposing Iran I doubt the US will lift a finger to help Qatar.

And the Russians cannot deploy such a massive military force as the US did in 1990, not even a tiny fraction. And the Iranian military is as hopelessly outdated in its equipment as the KSA is in using its own state of the art equipment.

you are joking. assad was attacked by coalition. for qatar wil do nobody anyithing. russians anything at all.

that is Bahrein flag

Qatar is just an easy prey for Saudi Arabia. Qatar has vast ressources of LNG and the national wealth fund is one of the largest in the world. Saudia Arabia is soon bancrupt and somehow they have to pay for US weapons. They know that nobody will stand up for Qatar. Nobody will miss Qatar, if it is wiped out. And as a side effect, they can hit Iran, as both countries share a huge gas field.

Capital funds are transferable , and the Qatari royal family , could “relocate” that trust fund to Turkey . We will see how fast Turkey moves military forces into Qatar . While a Turkish alignment would be conceivable , one with Iran and Russia would be strictly business . The whole affair , appears to be a switch the blame game , the transfer of all guilt , of financing the Al Qaeda and ISIS terrorists to Qatar , in order to maintain the 350 billion dollar deal between the US and Saudi Arabia .

That list of demands is untenable to Qatari leadership – it is a complete sovereign capitulation to another state. The demand to cease Al Jazeera broadcasting is indicative – it is major Qatari state enterprise – that Doha’s leadership have sunk colossal amounts of state cash into, they cannot realistically just pull the plug on it. The Saudi’s are playing brinkmanship with excessive demands.

Where is my popcorn?

Qatar should make similar demands from UAE and Saudi then they will reciprocate.