Saudi Arabia has been successfully re-elected to the UN Human Rights Council (UNHRC), while Russia has lost an election to the organization for the first time since its existence. 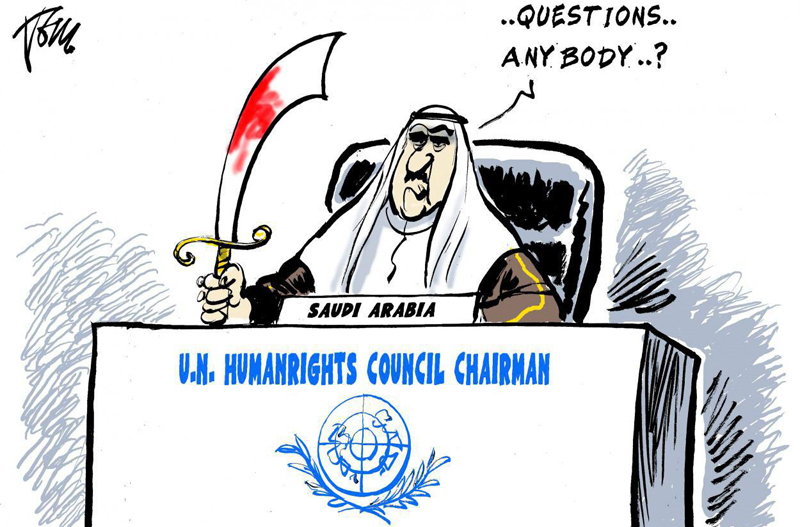 For the first time, since the UN Human Rights Council (UNHRC) was established in 2006, Russia has lost an election to the organization. Its place has been engaged by Croatia. Meanwhile, Saudi Arabia has been successfully re-elected, despite human rights organizations’ criticism.

Each year, a third part of the 47 places of the UNHRC body, which are distributed on a regional basis, is re-elected. The Russia’s three-year term had finished, and the country was fighting for two available seats for Eastern Europe against Croatia and Hungary.

Croatia received votes of 114 of the 193 member states, while Russia was selected only by 112 members.

“It was a very close vote and very good countries competing, Croatia, Hungary. They are fortunate because of their size, they are not exposed to the winds of international diplomacy. Russia is very exposed. We’ve been in the UNHRC for several years, and I am sure next time we will stand and get back in,” Russia’s Permanent Representative to the UN, Vitaly Churkin, said.

Meanwhile, Saudi Arabia was selected as one of the representatives of the Asian region for the next three years, alongside Japan, Iraq and China.

Criticism from non-governmental human rights organizations, claiming that the UNHRC body has been hijacked by oppressive regimes looking to drive their own plans, has been ignored.

Earlier this year, Saudi Arabia was condemned by Amnesty International and Human Rights Watch for “an appalling record of violations” in Yemen, where Riyadh has already killed up to 4,000 civilians during its campaign of air bombardment on Houthi rebels since 2015.

Last month, Saudi Arabia blocked an outside inquiry into the campaign and placed the responsibility of investigating human rights abuses on the exiled Yemeni government, allies of Riyadh.

In addition, 157 executions, the highest number in two decades, were carried out in the country last year. Women in Saudi Arabia do not have equal status before the law and autonomy, while critics of the regime are often detained.

No joke: Saudi Arabia is running for the UN Human Rights Council—and their campaign brochure cites the Saudi record on. . . women’s rights. pic.twitter.com/2xqO62V1GS

Ahead of this year’s vote, Refugees International and Human Rights Watch, as well as other 78 nongovernmental organizations signed a petition, which asked the voting countries to “question seriously whether Russia’s role in Syria which includes supporting and undertaking military actions which have routinely targeted civilians and civilian objects renders it fit to serve on the UN’s premier inter-governmental human rights institution.” Russia called the petition “dishonorable” and “cynical,” and said that it was motivated by politics, but not by concern for human rights. Nongovernmental organizations also accused Egypt, China, Rwanda, Iraq and Cuba, which were selected as one of the representatives to the UNHRC, saying that these countries do not deserve a place on the UNHRC.

“The non-election of Russia shows that the nations of the world can reject gross abusers if they so choose,” said executive director Hillel Neuer. “This makes the election of Saudi Arabia, China and Cuba even more preposterous.”

I hope USA and North Korea can apply next. They have as immaculate human rights record as Saudi Arabia.

The us is on it already if I remember right. It represents the so called western bloc countries. With so many human rights abusers on this “human rights council” just serves to showcase how absurdly political the un has become if it wasn’t that way all along.

Well,I agree there-USA put Phoningyang totally in ruins-and still lost their anti-China war,so hurray for the peaceloving US of A

Hey, we have the world we want.

The Orwellian world. Everything is upside down. War is peace. Violence is empathy. Saudi-Arabia is king of human rights.

The UN is at war with all non-compliant countries. If your people aren’t on board with the NWO and International law, WATCH OUT! These are Obama’s peeps he bows to. Hillary complies with them to advance her own agenda and Trump LOVES doing business with all that money!

Something is not right in the state of Denmark. God help the world.

The UN is dead. They no longer have respect or legitimacy. It’s time to send it to oblivion, much like what was done to the League of Nations.

Doesn’t this sound like the NGOs have swallowed the western mainstream news propaganda, and are helping to propagate it by repeating it here? QUOTE [near the end of the article above] – from the NGOs who collectively condemned Russia, which led to Russia losing the vote to remain on the HRC: “Russia’s role in Syria which includes supporting and undertaking military actions which have routinely targeted civilians and civilian objects”.

Personally, I have not been to syria but I believe the Russian and Alt News, and from Syrian bloggers, that say it is the USA who has been killing Syrians, and their terrorist mercenary fighters [“rebels”] who have been shelling and shooting the citizens of Syria;

I believe, and it is obvious, that the USA has engaged with the terrorist rebels of ISIS and al Queda lineage, and of course the USA/NATO admit that their agenda is ousting Assad, and so the USA must be fighting against the army of the elected Syrian Govt and Pres. Assad,

Elections in Syria are much more democratic than the USA Presidential elections since 2001, and so there is no pretense to being in Syria in a benevolent way “to spread democracy”; I guess they don’t bother even using that one anymore eh? lol.

So who can you trust?

-and don’t forget-most of the NGO’s are started,financed and run by CIA

As long as Justin is so Cozy with the Arabs, there is no need for Canada to have a place on that council. but wait—-it is a joke anyway so maybe Justin should apply.

What a joke. Saudi Arabia who treats women and non-muslims as dirt gets re-elected. Is there no decency anymore?

Immediately dissolve the UN and reconstruct a new one outside the United States. The UN has betrayed the principles who regarded him as an organization that was founded to help and protect humanity. Now it has become a puppet of the US and is shamelessly disgusting…

It was David Cameron ex-PM of UK who sold his nation’s UN votes to get Saudi’s on UN HR Council in first place. Cameron did big arms deal in 2015 including flogging off half of UK’s too costly and unwanted (due to F-35) Typhoon/ Euro-fighter jet fleet. Then hey presto, next thing UK is 100% supportive of and votes for Saudi’s ascension to UN HR Council…