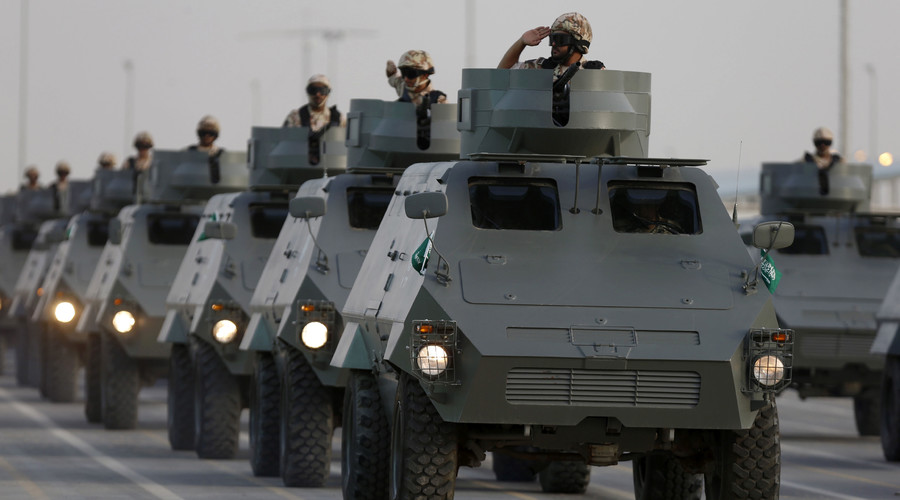 Members of Saudi special forces take part in a graduation ceremnoy held in Riyadh on May 19, 2015. © Faisal Al Nasser / Reuters

“The countries here mentioned have decided on the formation of a military alliance led by Saudi Arabia to fight terrorism, with a joint operations centre based in Riyadh to coordinate and support military operations,” state news agency SPA quoted an official statement as saying.

The statement added that the coalition has “a duty to protect the Islamic nation from the evils of all terrorist groups and organizations whatever their sect and name which wreak death and corruption on earth and aim to terrorise the innocent,”Reuters quotes.

Currently, there are a number of active coalitions fighting terror groups such as Islamic State in Syria and Iraq.

There are at least 65 countries in the US-led coalition against ISIS but actually no more than a dozen states are actually contributing with American jets carrying out of the strikes. This coalition has also received mainly negative criticism for being neffective.

“We can state the [US-led] coalition is simulating the fight against ISIS and real terrorism and acts on its own politicized approach to the situation, which runs counter to international law, at least in Syria. Now we can see that [this happens] not only in this country. As is known, the inactivity of the actions of the [US-led] coalition was distinctly confirmed by the growing ISIS problem,” Russian Foreign Ministry spokesperson Maria Zakharova said last week.

What is more the US-led coalition against IS has never receiver Assad’s permission to enter in their airspace.

Meanwhile, Russia has been conduction its own airstrikes targeting IS since September 30. The Russian-led operation also involves coordinatind its efforts with regional governments, including those of Syria, Iran, and Iraq, which is known as the RSII coalition.

Vladimir Putin has been calling for a global coalition to fight terrorism and ISIS in particular. Russian Prime Minister Dmitry Medvedev has echoed Putin’s words, stressing that countries with large Muslim populations, Russia among them, should team up against the terrorist groups.

Meanwhile, a Saudi-led coalition has been bombing Yemen as part of a campaign against the Houthi rebels. The latest statement from the coalition said a ceasefire is due to be established on Tuesday. “The command of the coalition forces announces a ceasefire as of 12 pm Sanaa time … while retaining the right to respond to any breach of the ceasefire,” the Saudi state news agency SPA quoted.

Saudi Arabia continue to carries assaults on the Houthis, who are holding the Yemeni capital of Sanaa. UN agencies raised alarming announcing that millions of Yemenis people are in mortal danger of starvation. Nearly 6,000 people have been killed in the Saudi-led airstrikes and fighting.

The number of coalition members is inversely proportional to both legitimacy and effectivness.