Whenever there is a conflict like this and there’s an outside call for peaceful negotiations, no side wants to appear that it is opposed to peace. 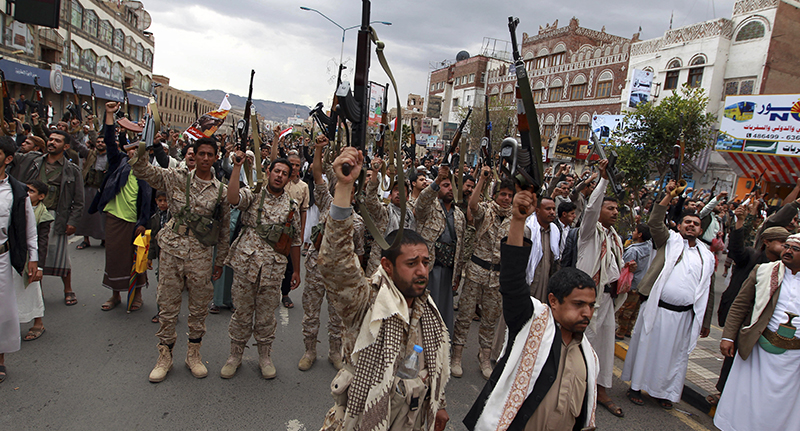 The director of the Institute for Historical Review from California, Mark Weber, was recently interviewed by Iranian Press TV where he stated that Riyadh is far from being interested in peace in Yemen.

According to him Saudis are playing a double game, on the one hand bombing Yemen and killing innocent civilians and on the other hand coming to the negotiating table.

He pointed out the fact that whenever there is a conflict like this and there’s an outside call for peaceful negotiations, no side wants to appear that it is opposed to peace.

Very often it happens that countries, even when they’re carrying out military actions, seem to support a peaceful negotiation, when they really don’t.

And that’s what is happening in this case. Saudi Arabia is going to continue its military involvement in Yemen for reasons that the Saudi leaders have already made clear and it’s going to be more clear in the months ahead, Weber said.

When asked how can we be optimistic about the positive outcome of the peace talks and the sincerity of the Saudis when it comes to putting an end to the war in Yemen, when the Saudis are continuously violating any UN-brokered ceasefire, he replyed that it is clear that Saudis are not interested in peace.

German intelligence agency (BND) characterized Saudi policy as impulsive with specific reference to its actions in Yemen, because the Saudi involvement threatens to enlarge the conflict in Yemen into a regional one. A regional conflict that will have very bad consequences not just in Yemen but also outside the area itself.

What concenrs superpowers in the conflict in Yemen and when it comes to funding and arming the Saudis he said that the US has for many years been a major supplier of military aid to Saudi Arabia. But lately there are indications that the US is not happy with what Saudis are doing. Saudi Arabia along with other countries in the region have less and less confidence in the United States.

The United States has lost tremendous credibility and influence in the region in recent years, because of its calamitous foreign policy in Iraq, and now in Syria, Weber said.

Unlike the US, Russia is becoming more important in the region. And here is also Iran who is playing a larger role in this issue.

This was shown especially, when three countries – Indonesia, Malaysia and Pakistan – announced that the statements by the Saudi leaders that they had agreed to join a Saudi-led coalition were in fact not true.

The idea that Saudi is working independently from the USA is not believable. The targets are provided by the USA and the satellite guided missiles belongs to the USA using American Satellites.

While the drone strikes from the USA have never stopped.

And let us not forget the proxy terrorists that appear wherever the USA of America wants to go.

Saudi Arabia should be renamed Saudi America. No other group of nations have been as helpful in propping up the dollar than the Gulf states. They are the best vassals one can hope for.