The top image shows just a bare patch of land in April 2017. The middle image is of April 2018, the site is lined with construction vehicles and the outlines of a foundation are already apparent. The most recent pictures show that work on Saudi Arabia’s first reactor is well advanced with the containment vessel already in place.

The spotted reactor was sold to the Kingdom from Argentina’s state-owned INVAP SE. The Steel vessel is about 10 meters (33 feet) high with a 2.7-meter diameter which matches other similar sized reactors. Rafael Mariano Grossi, Argentina’s envoy to the International Atomic Energy Agency (IAEA) reminded Saudi Arabia they need to sign onto the comprehensive safeguards agreement with subsidiary arrangements before any nuclear fuel is supplied. The IAEA has repeatedly asked Saudi Arabia to adhere to international rules before developing its ambitious nuclear program further.

The images show that the facility is located in the southwest corner of the King Abdulaziz City for Science and Technology in Riyadh.

Arms-control experts are alarmed by the Kingdom’s progress, because the country is yet to sign the international framework of rules that other nuclear powers follow to ensure that civilian atomic programs aren’t used to build weapons.

“There’s a very high probability these images show the country’s first nuclear facility,” said Robert Kelley, a former IAEA director who also led the U.S. Department of Energy’s remote sensing laboratory. “It means that Saudi Arabia has to get its safeguards in order.”

According to the outlet, nuclear fuel providers wouldn’t work with Saudi Arabia until it concludes new surveillance arrangements with the IAEA.

Saudi Arabia’s energy ministry said in a statement the facility’s purpose is to “engage in strictly peaceful scientific, research, educational and training activities in full compliance with international agreements.’ In addition to that, the ministry said that the reactor is being constructed with utmost transparency and that the Kingdom signed all international non-proliferation treaties adding that the facility is open to visitors.

Despite these claims, in March 2018, Saudi Crown Prince Mohammed bin Salman said that the Kingdom would develop a nuclear weapon if Iran does so. Iran maintains that its active nuclear program is peaceful, but it did also carry out work on enrichment prior to the Iran Nuclear Deal.

On April 4th, Middle East Online reported that the Kingdom would invite bids for nuclear power projects in 2020. According to anonymous sources, the country plans to issue a multi-billion-dollar request for proposals in 2020 to first two nuclear power reactors and is in discussions with the US.

Perry’s approvals, known as Part 810 authorizations, allow companies to do preliminary work on nuclear power ahead of any deal but not ship equipment that would go into a plant, one of the anonymous sources claimed.

On April 2nd, US senators from both parties requested information from Rick Perry regarding the approvals for companies to share nuclear energy information with Saudi Arabia.

Saudi Arabia has engaged in “many deeply troubling actions and statements that have provoked alarm in Congress,” Senators Bob Menendez, a Democrat, and Marco Rubio, a Republican, told Perry in a letter, a copy of which was seen by Reuters.

According to the official statement by the Department of Energy, Rick Perry issued 37 Part 810 authorizations and that it “does not authorize the transfer of nuclear material, equipment or components.”

It also reminded the difference between the 810 Authorization and the 123 Agreement.

“Part 810 authorizations and 123 agreements are two distinct and different processes based on two separate sections of the Atomic Energy Act. The Part 810 process controls the export of unclassified nuclear technology and assistance. It enables nuclear trade by assuring that nuclear technologies exported by U.S. companies are used only for peaceful purposes…

Separately, a 123 agreement is the legal mechanism that allows the Nuclear Regulatory Commission to license the export of nuclear material, equipment and components from the U.S. The Nuclear Regulatory Commission is the licensing authority for exports under 123 Agreements. The U.S. has been in ongoing discussions with Saudi Arabia regarding a potential 123 agreement since 2012, and these discussions continue today.”

It also reminded that all 123 Agreements undergo a Congressional review.

As soon as they turn it on, a new era of nuclear terrorist attacks will begin in the West.

it will not be surprise. But I think by the time they be able support this kind of war they will be all on their knees. Especially when in bed with the americans that what cost normally $1 to all else to them it cost a million. Imagine what it cost the saudis, before they reach target, with their bed partners.

I am still stunned by “The spotted reactor was sold to the Kingdom from Argentina’s state-owned INVAP SE.” ……. 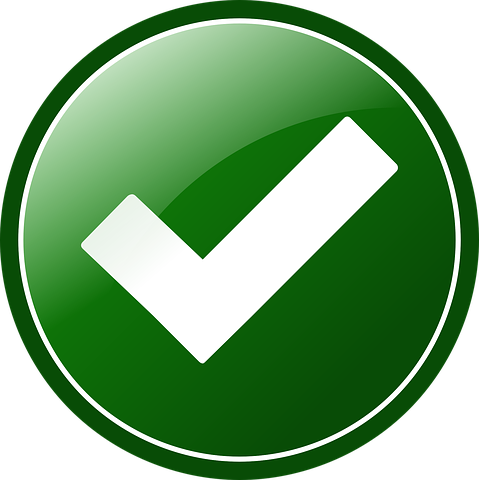 Expect zero fucks to be given to this in the West, just like zero fucks are being given by Western governments over Saudi Arabia exporting its Salafist ideology to the West and its funding headchopper terrorists. Because they all love to suck Saudi Arabia big oily cock.

Zero fucks will be given until the problem becomes to big to ignore.

That is because it is all part of the plan.

Exactly, Saudis are being armed with nukes so that they destroy whatever is left of Iran, Syria, Iraq and Yemen. The Americunts are now self-sufficient in OIL and don’t need Saudi oil, so it is a bonus to use the savage headchoppers to destroy the region and make the Zionist cancer the only power to lord over Arabs. The Iranian mullahs with their warped logic will ensure the destruction of Iran if they don’t test a nuke in a short time.

Whilst you are probably correct, I for some reason think that the Saudis (for some reason) will shortly become a foe against the US and even Israel.

The Arabs are stupid in general, but for some reason they are extremely arrogant and proud….the last thing you want to do is to insult them, as they take it very personally… the US continues to do that, by association Israel as well with it’s domestic politics.

MBS is also a bit of a psycho in my mind (right or wrong), so I think we shall keep our eyes open and just see what happens – which might amaze and baffle us together.

Hey, you may even find that KSA joins the Russian / Chinese / Iranian side !!!

Good summation. The British faggot T.E Lawrence summed up the Arabs correctly too as petty tribal people who hate everyone, including themselves, it is tribe against tribe, father against son and everyone against anyone. The Americunts don’t need the Saudis as they are becoming a liability, the CIA is testing the waters with the all of a sudden “women’s rights” movement in Saudi Arabia and the high profile given to some of the women who have escaped the Wahhabi tormentors. Saudis are on literally shifting sands and you may be right too.

Our dear Lawrence of Arabia hey ?.

I have noticed the push of “women’s rights” in Saudi from external sources….interesting times. You may find that happening as well in Iran, slightly different though, as that is from the inside,

Debra
Reply to  You can call me Al

With all due respect, the Zionist scum and Americunts are providing the Saudi headchoppers with nuclear weapons so that a mega destructive war with Iran is ensured. The idiotic illiterate Iranian mullahs will bring destruction upon Iran in about 5 years if they don’t test a nuke. As Pakistan and DPRK have shown, it is only nuclear weapons in this law of the savages Zionist created world choas that bring immunity from attack. It is Americunt policy to arm the Saudis with nukes and then start a major war in the Persian Gulf among Muslim nations.