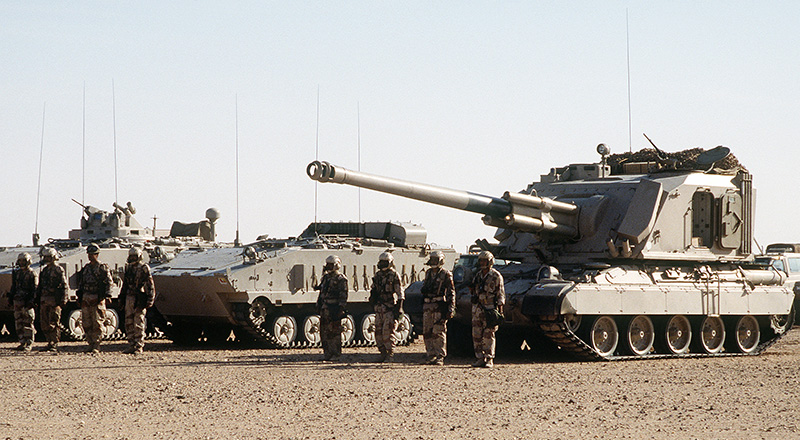 According to THIS video, at least 1 motorized brigade of the Saudi Armed Forces has been moved to the border with Iraq to conduct ‘military drills’ in this area.

Сoncentration of forces and facilities at the Iraqi border means that the Saudi military grouping invoveld in the Yemen conflict has been weakened.

SouthFront: Analysis & Intelligence estimates the possibility that these forces will be moved to Syria as low. In this case, Saudi Arabia will be invoved in a two-front war which will be critical for the state already weakened by the dragged-out war in Yemen.

However, there is a chance that these forces and facilities can be used to form a joint force which could be sent to the Syrian front.

So if the west can arm ISIS, then why can not the east arm Yemenis?

I think that at least Iran is providing support down there..I would in their place.

East is doing that, but not directly. In fact, Saudi Arabia is not winning.

And US will tie Iraq’s hands against fighting against this Saudi invasion.