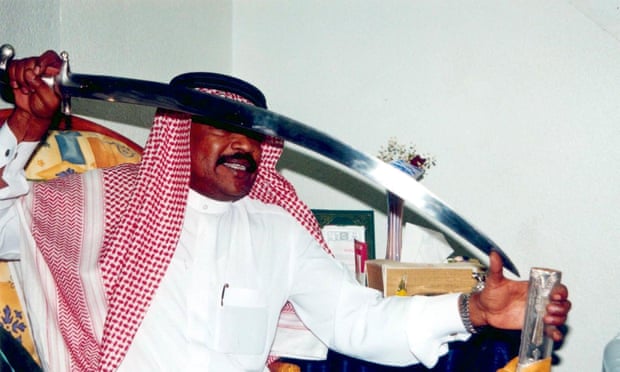 Saudi Arabia is attempting to recruit more executioners, following a day in which 37 people were executed for “terrorism.”

No special qualifications are needed for the jobs whose main role is “executing a judgement of death” but also involves performing amputations on those convicted of lesser offences.

The job advertisement for eight executioners was reportedly published on the civil service jobs portal.

The Kingdom was looking for executioners back in 2015, with more or less the same advertisement, according to reports.

It would appear that adhering to the Sharia-law and executing people when ordered by Crown Prince Mohammed bin Salman isn’t the most attractive position.

Saudi Arabia has one of the world’s highest rates of execution: suspects convicted of terrorism, homicide, rape, armed robbery and drug trafficking face the death penalty.

On April 24th, 37 individuals were executed in Saudi Arabia. One of the convicts was crucified, according to an interior ministry statement carried by the Saudi Press Agency (SPA).

“The death penalty was implemented on a number of criminals for adopting extremist terrorist ideologies and forming terrorist cells to corrupt and disrupt security as well as spreading chaos and provoking sectarian strife,” SPA said in a tweet.

They were accused and found guilty of various crimes: attacking security officers with explosives and Molotov cocktails, spying for Iran among other things.

Law-makers said the men were charged with “adopting terrorist extremist ideology, forming terrorist cells” and harming the “peace and security of society”. One of the men executed was just 16 at the time of his arrest, according to Amnesty International.

One of the prisoners was crucified to serve as a deterrent to others. Another one’s head was impaled on a spike.

The killings were carried out in Riyadh, the Muslim holy cities of Mecca and Medina, central Qassim province and Eastern Province, home to the country’s Shiite minority (which would presumably home Iranian spies).

Statistics project that more than 170 people will be executed in 2019, which would be a record for modern times.

In the Kingdom, public beheadings will typically take place around 9 in the morning when the convicted person is walked into a square and made to kneel in front of the executioner.

The executioner uses a sword known as a sulthan to remove the condemned person’s head from his or her body at the neck.

April 24th was not the record for most executions in a day by Saudi Arabia.

On January 2nd, 2016, 47 people were executed for terrorism-related crimes.

Amnesty International claims that the trials of the suspects were “sham” and they confessed under duress. Meaning that guilt is established after the suspect was tortured for it.

The case of Saudi journalist Jamal Khashoggi who was also killed in an alleged “accident,” in the Saudi consulate in Istanbul in November 2018 should also be recalled.

A Jew and a Saudi http://saudiarabesque.com/wp-content/uploads/2016/08/saudi-arabesque-traditional-sword-dance-3.jpg

This has got to be one of the weirdest photos of world “leaders” ever. Batshit crazy.

Time for Netanyahu to rant before U.S. Congress about what a terrible country Saudi Arabia is.

The best executioners in Saudi Arabia are the ones who can execute binned salmon and sisi the traitor.

It would appear that adhering to the Sharia-law and executing people when ordered by Crown Prince Mohammed bin Salman isn’t the most attractive position.

Actually, strictly adhering to the religious law does not result in more executions because the conditions required for such rulings (witnesses, confessions, etc.) are so difficult and sometimes, impossible (like in case of adultery). These Saudi executions are the same as Daesh executions: Their goal is even their own version of justice but to terrorize the population so nobody dares to challenge the ruler. Their law is also a combination of the will of the ruler and high-ranking but illiterate Wahhabi fanatic muftis.

May god rest the soul of their victims.

What they do, not only is incompatible with religious law, it’s in fact against it and against Qur’an. Then again, Wahhabis are not Muslims. Their cult is created (and now supported) to destroy Islam and eventually create a religious war with others. These mass executions and likewise knee-jerk reactions are not signs of strength; They are clear signs that the rulers are scared and soiling their deshdasha’s and cannot control the situation with subtle means anymore.

“Saudi Arabia has one of the world’s highest rates of execution: suspects convicted of terrorism, homicide, rape, armed robbery and drug trafficking face the death penalty.”

So why are the royals not executed then?