According to a report of the German intelligence service (BND) and the domestic security and counter-terrorist service (BfV), Saudi Arabia, Qatar and Kuwait support Salafists, living in Germany. 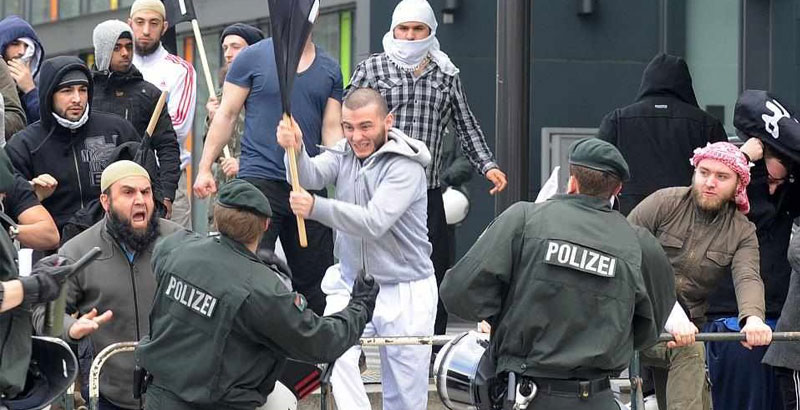 Religious organizations from Saudi Arabia and the Gulf states are suspected by German intelligence services in support of Salafists, living in Germany, the Suddeutsche Zeitung newspaper reported, citing the German intelligence service (BND) and the domestic security and counter-terrorist service (BfV). According to a report, the main goal of the active missionary activities of these organizations on German territory is “spreading a fundamentalist version of Islam.”

Religious organizations from these states send Islamic preachers to Europe, including to Germany, finance the construction of mosques, and organize educational seminars. The report says that all of these missionary organizations have “a long-term strategy of [spreading] their influence” in Germany.

Currently, the special services have proof that German Salafists receive financial support from such organizations as the Kuwaiti Society for the Revival of Islamic Heritage, the Qatari Sheikh Eid Charity Foundation, and the Saudi Muslim World League.

According to the report of the special services, religious organizations from Saudi Arabia, Kuwait and Qatar “have very close ties to the state officials in their countries of origin,” and Saudi Arabia sees its “global missionary activities as its permanent state interest and as a part of its foreign policy.”

According to the counterintelligence, the number of Salafists increases due to “retrograde and intolerant interpretation of Islam,” and today there are about 10,000 Salafists in the country.

The rapid increase of this movement is fortified by aggressiveness of its members: 1,100 Salafists of 8,350 supporters, who were revealed by the end of the last year, were characterized by the intelligence agencies as violence-prone, and 430 of them – as persons, who are ready to show violence at any time. According to data, revealed by April 2015, 680 of 7,300 German Salafists went to fight in Syria and Iraq on the side of radical groups, every third of them returned Germany, not less than 50 – with combat experience. In 2014, a separate German brigade of Millatu Ibrahim was formed in the army of the Islamic State (IS) terrorist group.

Sleeping cells and all placed in nations whose leaders take their 30 pieces of silver from Saudi and Qatar?

If this is all real, then to the government of Frau Merkel I wish you a simple ….. welcome to the party smarty pants. A good day to all.

“Cultural enrichment” at its finest. Dear Germans,don’t wonder if AfD gets heavy numbers in the 2017 election…..

Good, they are slow, but they finally catch on. I could have told them that 2 or 3 years ago.