Saudi Arabia’s Defence Ministry spokesman said Thursday the Sunni Kingdom was ready to join any ground operation in Syria if required by the U.S.-led coalition. 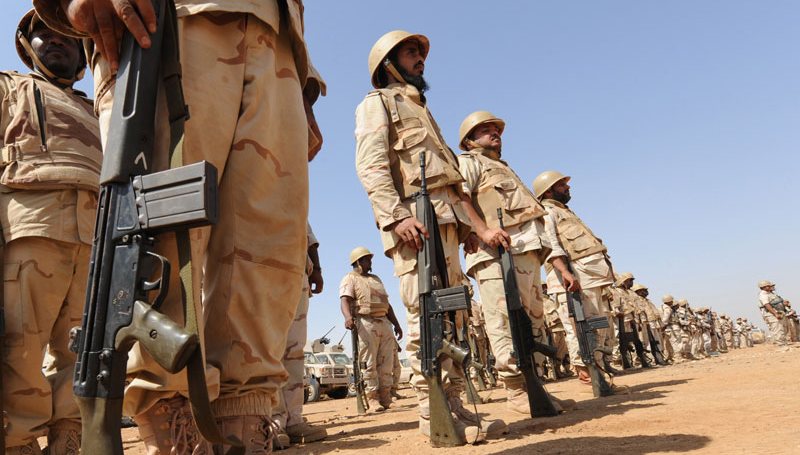 “The kingdom is ready to participate in any ground operations that the coalition (against ISIS) may agree to carry out in Syria,” Brigadier General Ahmed al-Asirimilitary spokesman said.

As Asiri stressed, Saudi Arabia will participate in efforts reached by consensus in the leadership of the coalition, because Saudis believe airstrikes are not the ideal solution and there must be a “mix of aerial and ground operations.”

Saudi Arabia has been part of a U.S.-led coalition, which officially has 65 members, againts the Islamic State of Iraq and Syria (ISIS) since 2014 and has been bombing terrorist group. Saudi Arabia also supports moderate rebels against Bashar al-Assad’s forces.

Moreover, Mr. Asiri is a spokesman for a separate Saudi-led Arab coalition, which has conducted air strikes and ground operations in Yemen since March 2015. The Arab coalition supports the Yemeni government in its fight against backed by Iran Houthi rebels, who seized much of the country.

Carter said increased activity by other countries would make it easier for the United States to accelerate its fight against ISIS.

“That kind of news is very welcome,” he told reporters while on a visit to Nellis Air Force Base in Nevada.

Carter said he looked forward to discussing the offer of ground troops with the Saudi defense minister in Brussels next week.

If Saudi Arabia sends ground troops it will inevitably lead to an escalation in the region. Moreover, such military ground actions have little in common with the real fight against terrorism and it seems nothing more than a regular part of the United States their key ally`s geopolitical game in the Middle East.

The problem is that the effects of the Saudi military participation (the ground armed forces)  in Syria could lead to a full-scale regional war, where Gulf States coalition baked by the US may carry out a direct aggression against Syrian pro-government forces baked by Iranian army and Russian airstrikes.