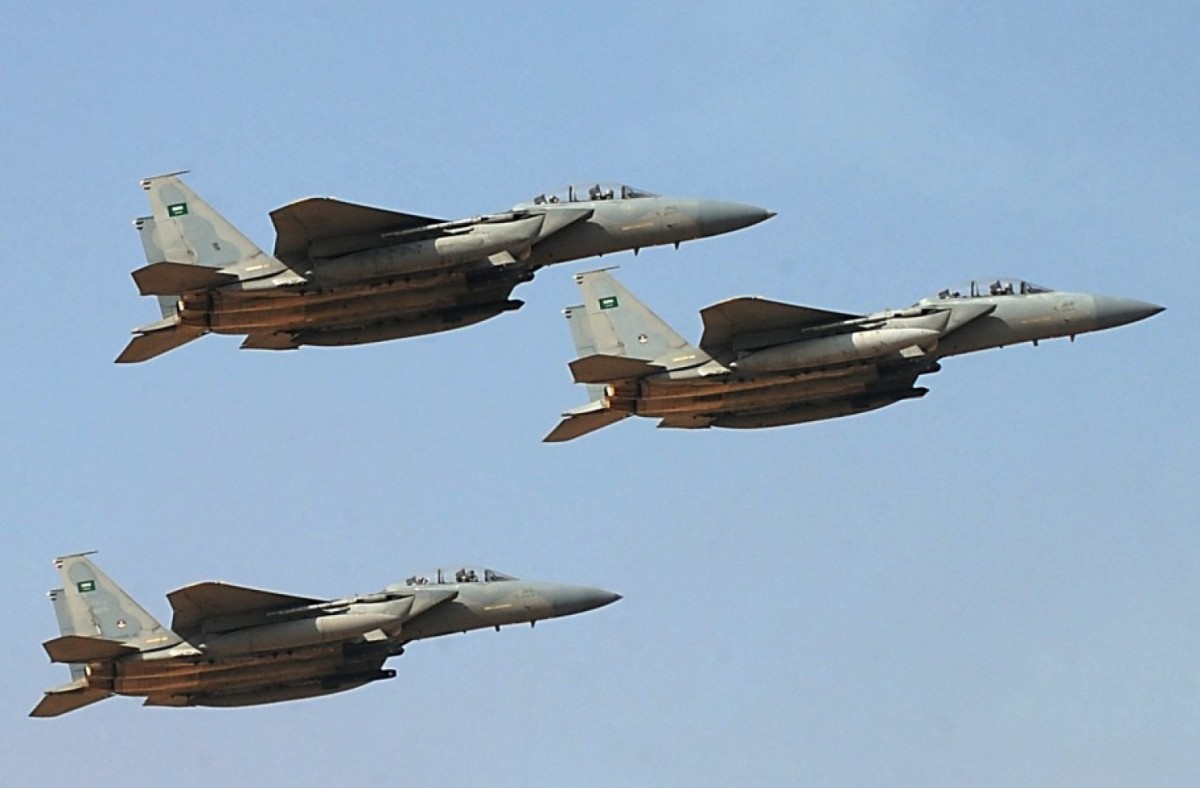 Saudi Arabia has denied recent reports claiming that warplanes of its air force had participated in recent airstrikes on Iranian positions near the eastern Syrian city of al-Bukamal.

Saudi sources told the Independent Arabia on September 19 that these claims are baseless, denying the involvement of the Royal Saudi Air Force (RSAF) in any attack within Syria.

“This information is inaccurate,” the news outlet quoted one of the sources as saying.

A day earlier, a Western official told the London-based newspaper that Saudi warplanes participated in an aerial attack that targeted Iranian ammo depots, drones and missile launchers in the outskirt of al-Bukamal.

The Western official’s claims were promoted by several Saudi outlets as a response to the September 14 Abqaiq–Khurais attack.

Several positions of Iranian-backed groups near al-Bukamal were indeed targeted on September 17. However, several sources confirmed that Israel was behind the airstrikes. On September 18, a second wave of airstrikes was reported.

The repeated attacks on al-Bukamal could be an attempt to hinder the reopening of the nearby al-Qa’im crossing, which links the Syrian capital, Damascus, with Iraq’s Baghdad. Israel views the crossing as a threat.

“This information is inaccurate,” the news outlet quoted one of the sources as saying.

I totally believe this, as the Saudi’s are incapable of hitting anything that isn’t civilian. Also the Israeli’s don’t work together with others. They either work alone or have others do the dirty work for them. Preferably Americans, because unlike the Saudis they occasionally manage to hit someone.

copy&past of one of my previous comments: Zionist propaganda at their best… Cui bono? Who has interest for a KSA vs Iran war? Not KSA nor Iran. Cowards kippahs, maybe? YES a distraction from the next war and land grabbing against Palestinians would be wonderful, especially if the potential opposition countries are involved in another war

Did they …or didn’t they? They would stupid as hell to bait the Iranians or start direct exchanges with Iran. Most likely it’s a third player trying to really get shit started. Gee, who would that be? BTW, I though that there were supposed to be AA systems moved to this area. What’s going on there? I thought Iraqi airspace was closed to them? Same old shit, different day.

KSA having to purchase crude from what is Iran semi allied Iraq, to meet contractual obligations.

Unfortunately Saudis were involved out of severe pressure by Satanyahu, M16 and Pompeo,Britain, France and CIA.The plan is to block Trump Rouhani meeting and to convince Trump that Bolton was always right.

It also serves as Satanyahu popularity in the election which will eventually failed. Because no one trust Satanyahu even Trump does no longer trust him.Russia military intelligence warns Satanyahu to be cautious and avoid desperations on lies.

But as usual plan attack on Saudi oil hub. Trump pro active safety and protection of allies were rape by opportunistic warmonger prostitutes Israel Satanyahu,M16 and Pompeo CIA including France and Britain.

Guys I am Trump biggest critic but really God has convinced me that he put Trump the to avoid worst to come.

Currently in USA NATO their planning to get rid of Trump.There is great conspiracy going on.I dont say Trump doesn’t to foolish things or racism or wars because of short tamper.But he is surrounded by liars who force him to sign or make a final call which he does.But remember Trump is the man whom God really loves and guide.He is the man not my critics.

Saudis? Nah, they don’t have the guts. Ever since the tankers were targeted on the Persian Gulf there has been mysterious explosions all over the place in that region. Could it be that Nuttanyahoo has gone completely bonkers and is lobbing missiles here and there hoping that they ignite a conflagration (holocaust). I bet it could. Single source.