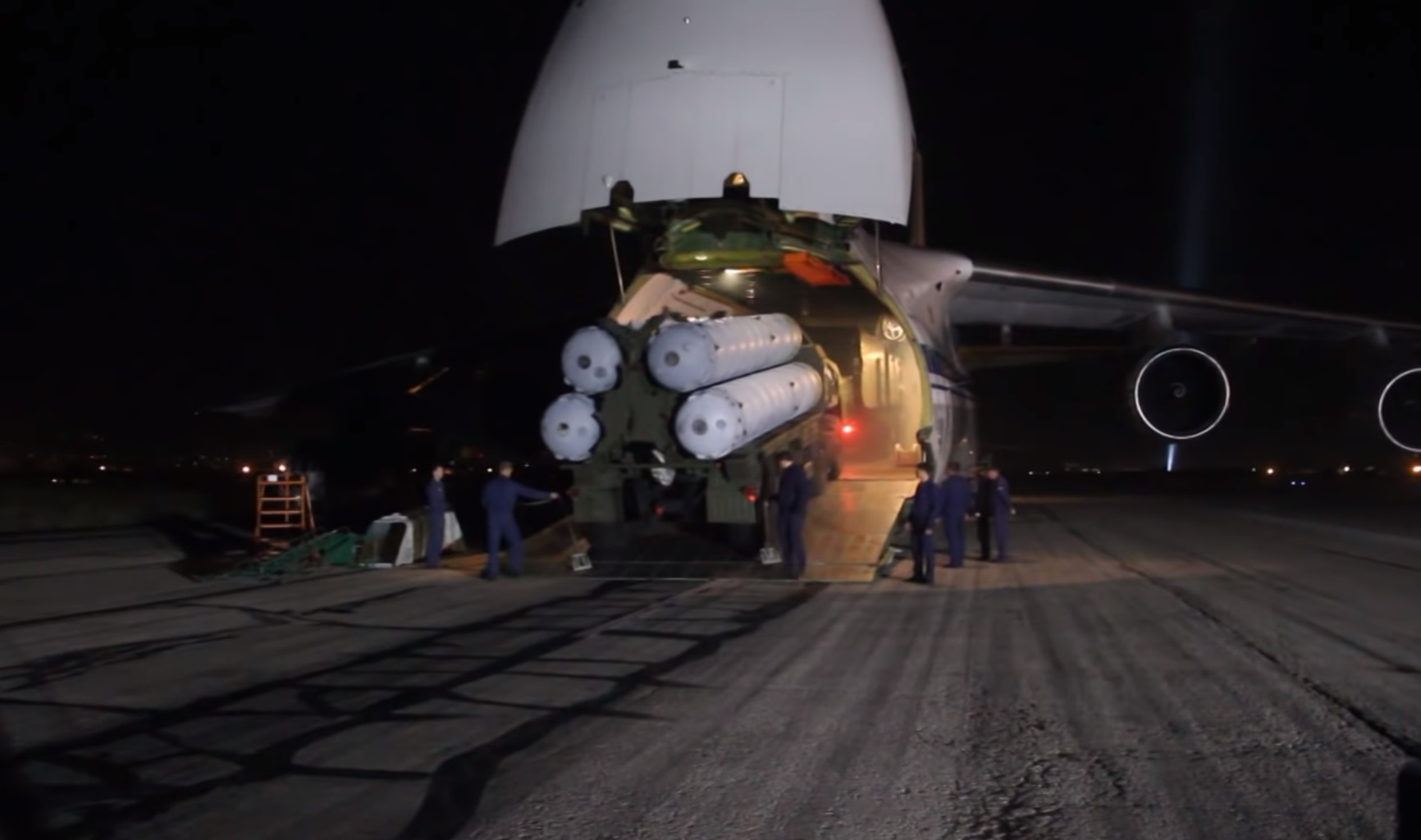 On October 11, Saudi Arabia ambassador in Jordan Khalid bin Turki Al Saud said that the delivery of advanced S-300 air defense systems to Syria will not help to end the war there. Bin Turki also claimed that the real problem in Syria is the Damascus government.

The Saudi ambassador went on to accuse the Damascus government of violating human rights and said that the current leadership shouldn’t have a saying in Syria’s future.

“Those who govern Syria now have crossed the red lines in the human rights issue and we, as well as many other states, believe it impossible that they have their say in the future,” the ambassador said.

Saudi Arabia abandoned its hostile stand on Syria after the beginning of the Russian military campaign there in 2015. However, the Saudi ambassador statements lead to speculations that the kingdom may be planning to escalate the situation once again in order to pressure Iran.

Who the $u4k is Saudi Wahhabia to even speak anything, who tF are they to speak for Syria, wahhabi executors,

Exactly. This isn’t their country. What business do they have to do with this war? Are they admitting they are at war with Syria ? Then it’s time for Syria to attack Saudi Arabia.

Any time the Saudi ambassador accuses any other government of violating human rights – you wonder, how can anyone do that with a straight face? They must inject his face full of Botox first and get a ventriloquist to mouth the words.

Jepp Saudi human right to be cut into little pieces at any Saudi consulate.

Specially a US/Saudi right, if it’s like with Khashoggi may be one of the last 9/11 witnesses to shine some light into the relationship of the Mohamed Mohamed el-Amir Awad el-Sayed Atta Group of pazzis and Jamals cusin Adnan Khashoggi…

SPEAKER OF THE TRUTH
Reply to  Rick0Shea

The Saudi government and ISIS, its puppet in partnership with Israel, are the main enemies of decent people in the region.

All Saudis must be eliminated.

KSA needs to be turned into a depopulated wasteland. It would solve a lot of problems.

They are on the road unless Russia/China offer them a refuge. I think Iran is aware of that. Saudi´s friendship with Israel is a death kiss.

The super regime of Saudi Arabia that is being ruled by billion of worth monarchs who are not elected which they treat their country as they please like it is their own private yard calling as regime the official gov of Syria which actually got elected by its people, I find it hilarious, disturbing and sad that the rest of the world has not bombed to the stone age again this shithole.

Wise words from someone who knows all about terrorism . .

Sure thing it doesn’t contribute to solving it Saudi/Israeli way. Thats exactly why those defensive weapons were delivered.

The S-400 delivery to Saudi is certainly not contributing to solving the Yemen crisis either. The problem in the Yemen war, is the Saudi regime´s many human rights violations and headchoppings.

Therefore there cannot be any peace in Yemen before the regime government in Riadh is gome.

Saudi Arabia won’t get the S-400. The country will fall apart before that system is delivered. Besides, thier masters in Washington won’t permit Riyadh to have Russian weapons.

It is easy for him to say that, ignoring the fact that the war is almost over.

Orwell so NAILED the routines down.

I was mentioning this the other day to someone.

One evidence that the jihadi militants are and always were traitors and mercenaries rather than rebels and patriots is that they, despite their lack of an air force, sought out and destroyed the Syrian Air Defense capabilities as they marauded about the territory.

In any true revolution, the rebels goals would be to gain influence and control over the institutions that grant them control over an intact defense from foreign designs.

Did the jihadis really think they’d be left intact after the intended fall of Damascus, having no true military capability, let alone no air defense?

I get a bit sick of people and countries that whine that others are doing what they themselves do worse, Time to get back to basics: John 8:7

“Turkish officials have told their American counterparts that they have audio and video recordings that prove writer and activist Jamal Khashoggi, a Washington Post contributor, was murdered inside the Saudi consulate in Istanbul earlier this month, the paper reported late Thursday.

The recordings would represent the first hard evidence to support the Ankara government’s contention that a 15-member “assassination squad” apprehended Khashoggi after he entered the consulate on Oct. 2, then killed him and dismembered his body. …

– Turkey says it has video, audio of missing activist’s murder at Saudi consulate –

Are the Saudis so fool that they do not understand that S-300 is for Syria land and air protection, and this system has nothing to do with trying to solve the crisis.