A still image taken from a video distributed by Yemen’s pro-Houthi Al Masirah television station on November 5, 2017, shows what it says was the launch by Houthi forces of a ballistic missile aimed at Riyadh’s King Khaled Airport on Saturday © Houthi Military Media Unit / Reuters

Saudi Arabia has blamed Iran for being complicit in firing a ballistic missile towards Riyadh by Houthi rebels in Yemen, arguing that Tehran was behind the strike and labelling it a potential “act of war”.

A statement issued on November 6 via the state news agency SPA denounced the “military aggression by the Iranian-controlled Houthi militias.” It also said that an examination of the debris “confirmed the role of Iran’s regime in manufacturing these missiles and smuggling them to the Houthi militias in Yemen for the purpose of attacking the Kingdom, its people, and vital interests”.

“Iran’s role and its direct command of its Houthi proxy in this matter constitutes a clear act of aggression that targets neighboring countries, and threatens peace and security in the region and globally,” the statement said.

“Therefore, the Coalition’s Command considers this a blatant act of military aggression by the Iranian regime, and could rise to be considered as an act of war against the Kingdom of Saudi Arabia.”

According to the statement, Saudi Arabia would temporarily close all Yemeni ground, air and sea ports while investigating how the missiles were smuggled in. Yemen’s national airline, Yemenia, subsequently cancelled all flights to the country.

Iran’s Islamic Revolutionary Guard Corps and political leaders have rejected allegations of the country’s involvement in the strike.

Saudi Arabia intercepted and destroyed a “ballistic missile” north-east of the capital, Riyadh, on November 5 after it was launched from Yemen. Colonel Turki al-Maliki said Saudi forces intercepted the ballistic missile with a surface-to-air Patriot missile, which caused it to shatter into fragments in an “uninhabited area” east of Riyadh’s King Khalid International Airport.

Yemen’s Iran-backed Houthi rebels claimed they had fired the missile. They fired a Burkan 2-H missile — a Scud-type missile with a range of more than 800 km — towards Riyadh late on October 4, according to Al-Jazeera.

The Saudi-led coalition bombing Yemen carried out at least 29 air strikes on Sanaa province in the aftermath of the intercepted missile, Al-Jazeera reported. The Houthi-run Saba news agency reported more than 15 air strikes in Sanaa and a further 14 in the districts of Sinhan and Bani Bahloul.

” threatens peace and security in the region and globally” – yeah right! Coming from the mother of all Sunni terrorism, this surely must be some sort of sick joke, right??

The Kingdom of Saud Arabia is run by utterly corrupt depots, so you’re right. Who engineered the 911 and 7/7 atrocities and a great deal more ……. Israel and Saudi Arabia with the help of the British SIS and CIA …………perhaps?? Suddenly Russia and China smell of sweet roses compared with this evil bunch.

9/11 was an inside job to launch eternal war.

Of course Saudi Arabia was involved. I was merely pointing out just how low this grouping of terrorist forces you mentioned was willing to go. It’s not the first time, or the last for that matter, that a government kills it’s own people (false flag) over geopolitics. That’s all I was saying

Of the 21 terrorists involved in 9/11, there are 19 from Saudis, and you still think that Saudi Arabia was not involved in this operation ? You must be really really ……, like normal northamerican people.

“The Axis of Evil” – Israel, KSA, US, UK, France and the lesser NATO sidekicks have lost the war in Syria and are itching to start a war in the Middle East, come what may, to recover their lost position at any price. They reckon they can win and the KSA has conjured up a missile attack from the Houthi’s to provide their desperate “Causus Belli” – well, well how predictable!! ……..Let’s see what Russia and China now do?

I would leave the UK out of this. They walked away from Syria as did others and if you go back to the article on the air war games in Israel – look at who is and who isn’t there.

China need to pull there finger out and get off the fence NOW.

they cant even defeat the houthis which fired the missile, they should sit the fuck down lmao

Check both these links out if you wish….

Sorry for this, it’s CNN – https://www.youtube.com/watch?v=yunlWmfX1sM

THIS TO ME is the best.

I think there is a lot more going on than just some Saudi twats waffling and blaming.

Thegr8rambino
Reply to  You can call me Al

This missile was fired by USA special forces CIA to let fat fuck feels good and spread lies against Iran.But in reality Yemen Freedom fighters will be help by everybody to stop USA/ Nato aggression with its puppets of Saudi Arabia.

Anything is possible in the US/Israeli manufactured chaos in the Middle East.

Perhaps. Saba Net (Yemeni news agency) is not very clear about who fired the missile.

How is it called, what the KSA wages against Yemen?…

“How is it called, what the KSA wages against Yemen?”

Self Defence and protecting Saudi Democratic Values I think Bru :)

Yawn……I guess the Saudis are starting to think they are exceptional too? Syria! Yemen! Qatar!

You can call me Al
Reply to  Floyd Hazzard

“Going down, there going down” – sing along if you wish.

Let’s pretend attacking and murdering civilians in another country has no consequences whatsoever, and if they fight back we blame it on another country, one which we were never able to prove support the defenders by arms and supplies.

Let’s pretend Yemenis aren’t able to defend themselves and if they fought back, we say Iran supplies them, despite we were never able to present any evidence, while we blockade Yemen by land, air and sea and even don’t let humanitarian helps (medicine, food, tents, blankets) reach them after we inspect the ships carrying them.

Let’s say a launch boat we confiscated in Somali waters carrying a bunch of rusty old AK-47s for the pirates is Iran’s help to the “rebels” and repeat it day and night, despite Yemen being only second to the US in the number of arms per capita and able to develop it’s own missiles like Borakn, and forget altogether that it’s Yemeni army that fires the missiles.

Truly Iranians are bad, now please take this $100 billion and sell us some more bombs and arms so we can kill even more defenceless civilians. Don’t forget to support us if we wanted to become the head of UN human rights panel.

I agree with every word you said. It looks like the Saudis have just stepped up their game and declared a total blockade of Yemen and will not let in even the trickle of humanitarian aid that was getting in before. This is a war crime.

It is called Genocide.

I think young Garga – you win the comment of the day.

Thank you. I guess I get lucky now and then.

Cheeky. My days of getting lucky are well gone !!.

Words fail me, LMAOROF – or whatever the acronym is.

Prince Abdul-Aziz-bin-Fahd-Al-Saud (44 yo) was killed in the latest attempt of MbS to suppress any opposing voice.
Almasdar removed the news, but it’s still available in cache
That’s in addition to another Saudi prince, Mansour-bin-Muqran-bin-Abdul-Aziz-Al-Saud, killed in an “accident”. Mansour was son of Muqran, the former crown prince of SA.
They also arrested the controversial AlWaleed-bin-Talal (known also for his Twitter war with Trump and the owner of %95 of the Kingdom holding with high shares in Citigroup, Twitter, Apple and News Corp) and removed about $750 million of his accounts, Waleed Al-Ibrahim the Saudi media mogul (owner of MBC group with a net worth of over $11 billion), and many more power and wealth figures.

Seems that MbS found a way to compensate for their lack of funds!

Sooo… what? UN is taking Saudi side in the conflict and prohibiting states from supporting Yemenis/Houthi movement? Last time I looked sovereign states may support whomsoever they please? It is none of UN’s business! That resolution was made by a bunch of morons on cocaine after a night out on the town and no one else in the room. That kind of resolution is just bull*%#t!
I wonder now if it’s UN that is prohibiting moneyed media reporting on Yemen truthfully!

How to stop blaming others?

Your childhood & blaming others::If you blame others for your problems then most probably you are still attached to the way you used to be as a child. Children always blame others because they haven’t yet learned how to be responsible for their actions.

Acceptance and blame: Blaming others is usually an indication of the lack of ability to accept and cope with different situations that occur. Learning how to accept things the right way will certainly help you stop blaming others.

Weakness & Blaming others: The person who blames others is usually in the week position and he tries to gain some power over the situation by blaming other people. If you want to stop blaming others then you should learn how to become in control of your life, how to be stronger and how to face different life problems. 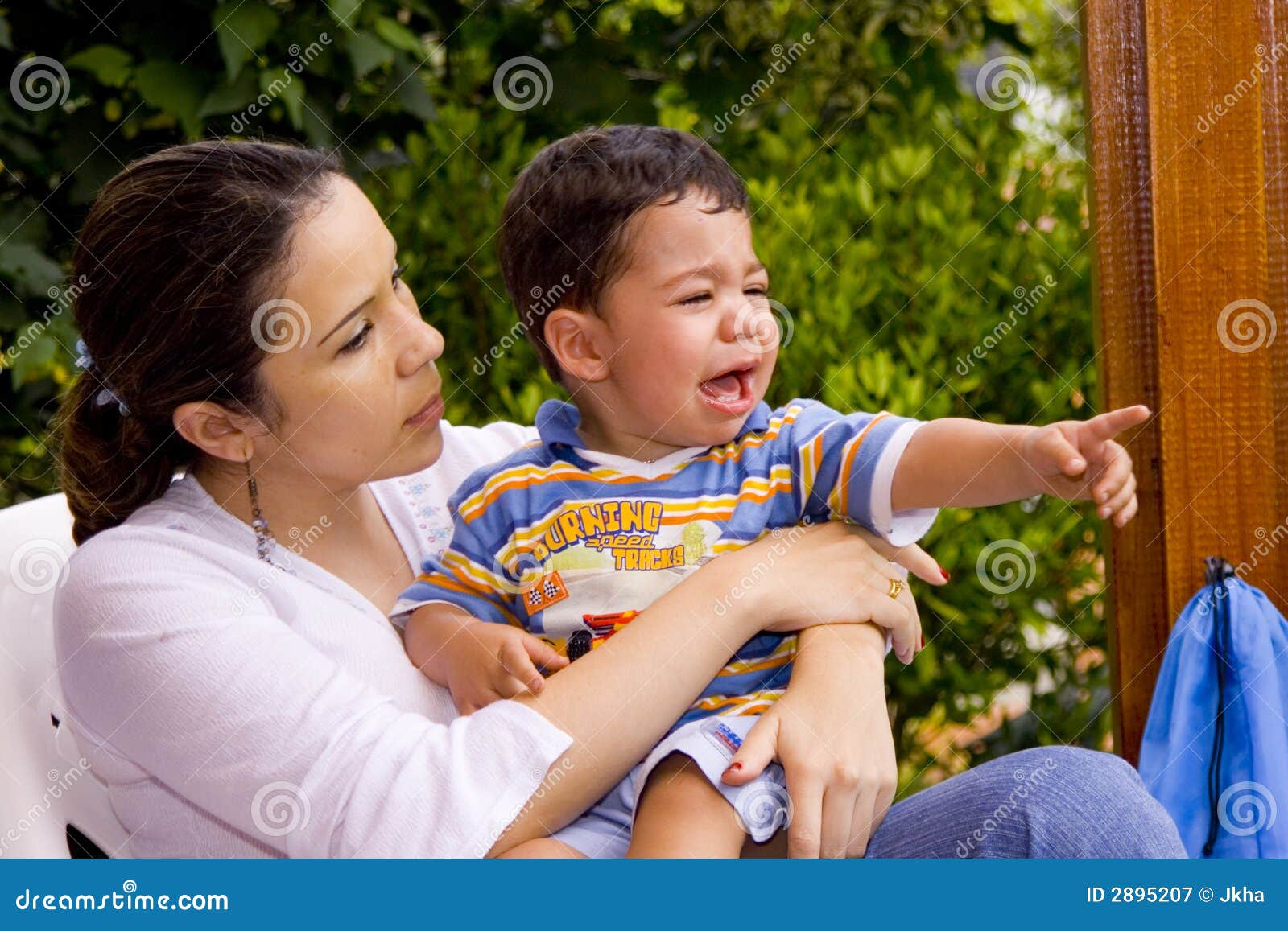 PS This is just a distraction; Saudi Arabia are just getting into a pointless civil war between rival clans in the House of Saad; unfortunately this distraction may be deadly to many, potentially hundreds of thousands, if not millions.

Keep an eye out to see how Bahrain reacts.

This is a native Yemeni missile and the Houthis aren’t cavemen, they have proven technically capable of modifying Yemen’s existing missile arsenal as well as manufacturing them. So what is the tie into Iran, are the Saudis claiming that the IRGC is giving them technical assistance, do they have any evidence for that?

If anything the Houthis are angry that Iran isn’t giving them enough support, what they really need are MANPADS and anti-aircraft systems. Iran manufactures such systems but has not given them to the Houthis. Since Iran is being blamed for supporting the Houthis perhaps the Saudis should find out what Iranian support would actually look like.

Of course they have evidence , they are both Shia , what more do you want .

I hope Saudi and Iranian abortion banners all kill each other!!!!

Let me get this right. Its okay for the Saudis to bomb Yemen, but its not okay for Yemen to bomb the Saudi back? Twisted Wahhabi logic. Little wonder they are losing and going through a coup as we speak.

Iran to KSA: “So what if it was us, whacha gonna do about it?! Bitch to the camels?!”

The jihadists are fighting each other at the expense of the Middle East and the rest of the world.