UAE and Saudi officials had pledged to resume participating in the US-led air offensive against ISIS in Syria. 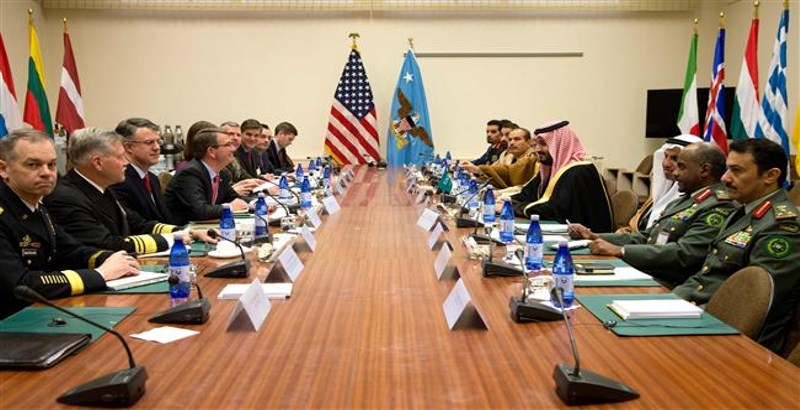 Today, Feb 12, after talks at NATO headquarters in Brussels the US Defense Secretary said that US was “confident” that Saudi Arabia and the United Arab Emirates would send commandos to Syria to help militants fighting against ISIS.

“We’re going to try to give opportunities and power to … particularly Sunni Arabs in Syria who want to re-seize their territory back from ISIL, especially Raqqa,” US Defense Secretary Ashton Carter said on Friday.

On Friday, Ashton Carter held meetings with UAE officials. He said that UAE officials had also pledged to resume participating in the US-led air offensive against ISIS in Syria.

However, ISIS terrorists were initially trained by the CIA in Jordan in 2012 to destabilize the Syrian government of President Bashar al-Assad. The terrorist group is now controlling parts of Syria and Iraq.

Oke….so the race to Raqqa is on. The US / Allies want Raqqa to remain in there hands, so that the transport lines stay intact. Only wonder how this will effect the newly agreed upon cease fire agreement in Munich. I quess we can allready kiss that one goodbye too…. Looks to me more and more that the US State department and the Pentagon / NATO are both playing out there own playbook.