At least 54 civilians were killed and 87 others were wounded during the Saudi-led coalition’s airstrikes for the last 4 days in Yemen. 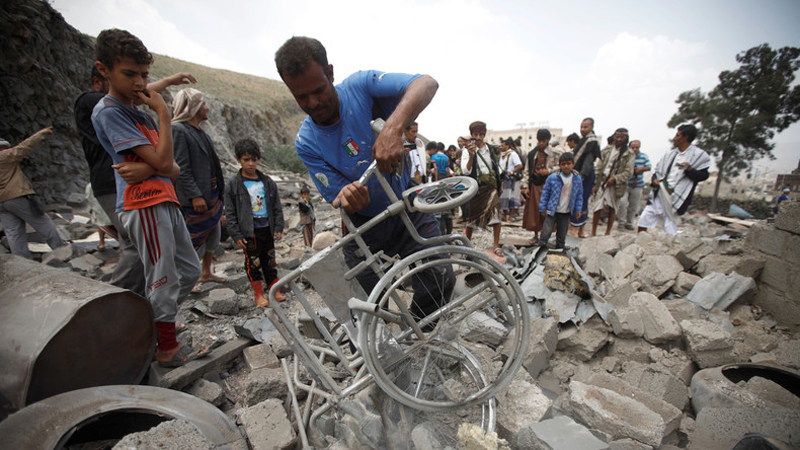 A man retrieves a wheelchair amid the rubble of a house destroyed in a Saudi airstrike in Yemen’s capital, Sanaa, August 11, 2016 (Photo: Reuters)

On Tuesday morning, a vehicle, traveling along a road in the Abs district of the northern Yemeni province of Hajjah, was struck by Saudi fighter jets, Yemen al-Yawm TV channel reported. As result, five people, including a clergyman Sheikh Matroud Saleh al-Soufi, were killed.

Also on Tuesday, residential buildings in Bani al-Harith district north of the Yemeni capital were pounded by Saudi aircraft. Two women and two children were killed.

Some 17 people were also wounded during the Saudi airstrikes against Bani al-Harith.

The Saudi attacks on a village near the capital killed 10 other Yemeni civilians and also wounded some 20 others.

On Monday, a Saudi airstrike hit a hospital run by the aid group Doctors Without Borders (MSF) in the town of Abs in Hajjah province. As result, at least 25 civilians, including the MSF’s medical staff (doctors and nurses) and children, were killed and 20 others wounded. 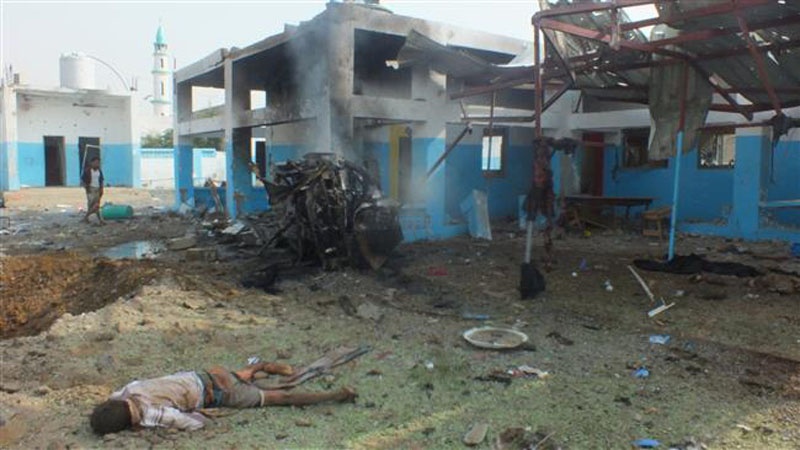 A dead body at the site of a Saudi air strike on a hospital in the town of Abs in the northern province of Hajjah, Yemen, August 15, 2016 (Photo: Reuters)

“This is the fourth attack against an MSF facility in less than 12 months,” the aid group said in a statement.

“Even with the recent United Nations resolution calling for an end to attacks on medical facilities and high-level declarations of commitment to international humanitarian law, nothing seems to be done to make parties involved in the conflict in Yemen to respect medical staff and patients,” the statement said.

Yemen’s Houthi Ansarullah movement, which rules capital Sana’a, strongly condemned the aerial attack, saying it was carried out in flagrant violation of a ceasefire agreement, which has been holding across Yemen over the past four months.

There was no immediate comment from the Saudi-led coalition.

Less than 48 hours earlier the airstrike on the hospital, the MSF said that 10 children were killed and about 30 others were wounded by Saudi airstrikes on a school in the northern province of Saada. According to the coalition, the bombing had targeted a training facility run by Yemen’s dominant Houthi movement. 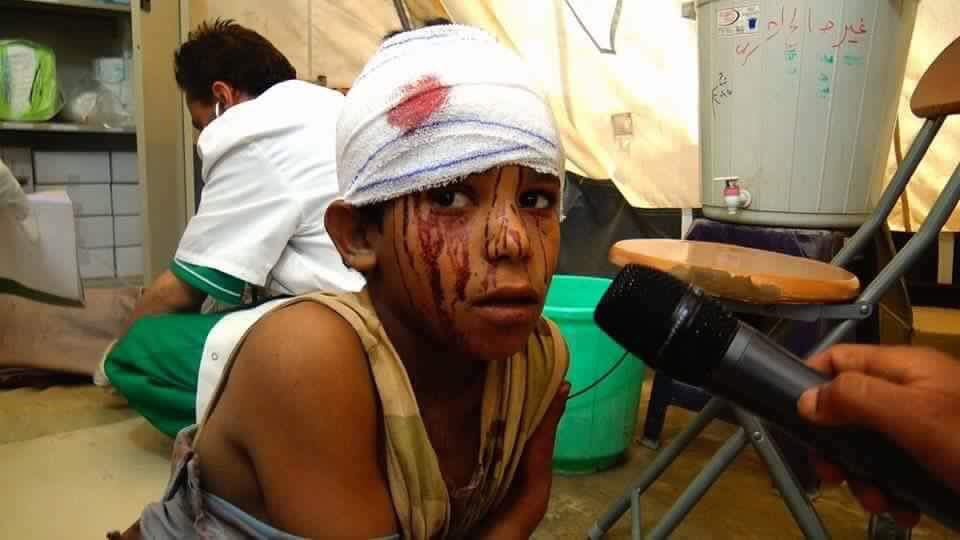 A boy wounded in a Saudi attack on a school in the northern province of Saada on August 14, 2016 (Photo: al-Masirah TV)

UN Secretary-General Ban Ki-moon condemned the air strike on the school and called for an investigation. According to Reuters, the coalition said that it would conduct the investigation.