On November 22, Obretix, a defense observer on Twitter, released satellite images revealing that the Turkish military and its Syrian proxies have established two positions near the strategic M4 highway in northeast Syria.

Turkish military and its proxies have set up a number of outposts north of the M4 highway https://t.co/NXynJ8qqjs between Tell Tamr and Ayn Issa https://t.co/Bfdji4wmEv over the last few weeks pic.twitter.com/XCzphBhDw9

The M4 is considered the spine of transportation in northeastern Syria. The highway links al-Hasakah with Raqqa and Aleppo.

Last week, the Turkish military and its proxies captured a third position on the highway, the Sharakrak silos, which are located a few kilometers east of Ain Issa. Russia is reportedly pressuring Turkey into withdrawing from the silos.

By establishing positions near the M4, the Turkish military is working to impose fire control of the highway. This poses a serious threat to the areas held by the Kurdish-led Syrian Democratic Forces (SDF).

you came to the right place. NO ukrop jihadmins to protect you now like liveUAmap :) 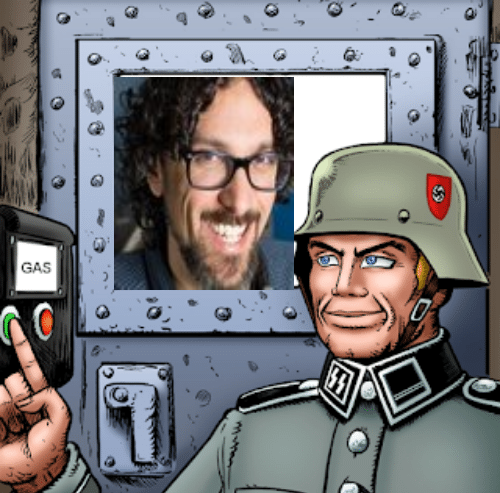 Must be using laughing gas.

What do you mean there is no soap in there and cold. It will warm up soon enough and there will be plenty of soap.

I’ll answer in his name, this is what we gonna do to your terroristic friends, patience :)

what defines a terrorist? Terrorist: Using military,violence,or force in pursuit of religious, political, geographic, or economic means. That sounds a lot like the IDF :)

Been to Lebanon lately. Oh sorry forgot , you don’t get provided with running shoes ‘

Even Christian men there use niqabs because of diesel generators :)

What the fuck are you talking about. Are you an escaped mental patient because you sure say the stupidest things. You really need help and placed in a mental institution because you are really fucked in the head. Lay off the drugs

Namng them wimpy is far out.

All ressources of theirs are almost out. Fine with me, they should have resigned several years ago or have reformed many things and among themaccepted som kind of decentalizing including the ones, which might not be against them.

SAA should tochka these turk rat bases. Houthis have used tochkas many times against saudi rats with great results :)

This will hamper Kurdish communists to travel east & west fast. Eventually central Kurdish parties will gain power either at east or at west. This will be end of Kurdish Workers Party & its efforts to represent peaceful Kurds as hostile against Turkey.

Not at all. Very strange version.

The Russian Turkish partnership is slowly but surely falling to pieces, the Russians, can’t keep up to the ever changing requirements of this new bi lateral relationship which is turning out to be anything but bi lateral.

“Moscow, SANA- Russian Foreign Ministry said that Turkish aggression and illegitimate foreign presence on the Syrian territory threaten the return of Daesh (ISIS) terrorist organization’s spread and help the return of the fighting capability of it.
RT quoted Russian Deputy Foreign Minister Oleg Syromolotov as saying hundreds of Daesh terrorists had fled from prisons as a result of Turkish operation in the northeast of Syria and that causes a deep concern to Russia , especially given the possibility of those fleeing terrorists will help restoring the combat capability of Daesh organization”.

Yeah. Eveybody misses daesh in order to secure help for Kurdish communists. Eventually US will step in to create daesh back to blame Turkey.

You probably forgot that daesh was founded by US in NATO’s LandCom HQ in Izmir, Turkey back in 2012 in order to topple Assad & remove Russian bases from Syria. Ever wondered why daesh uses only US weaponry? Project was funded by Saudis, training is given by Turks. Alas, daesh just turned against its masters after a while. So US needed to arm another terror group against daesh; Kurdish Komunist Party, the PKK, but since PKK was banned in US & UK, just changed name to something else, YPG, softer name for a Kurdish Workers Party.

hahaha. And the greeks in Izmir did it.hahaha or armenians in 1924 training as suicidebombers haha.

Erdogan = Muslim brotherhood = Isis + Al Nusra + Al Qaeda + Taliban + Mujahideen.
As bad as the SDF are at least they have either the Syrian government or the US government to keep them in line, Erdogan gives his headchoppers free reign to do anything they want .
If you had only two choices which would you hate the most, living under Kurdish/US authority, or living under Erdogan/SNA/FSA/NFL/SLF authority, I know if I only had two choices what it’d be, and it wouldn’t be living under headchopper rule that’s for sure, lucky for most people involved they have a third choice thanks to Assad.

“There is another hope” says master Yoda. A peaceful central Kurdish party like Barzani in Northern Iraq. A party that is not seeking independence. So get supports from both Erdogan & Assad. Then M4 highway becomes sesame street & Kurds start to flourish like in Northern Iraq.

Syria already has it’s own version of the KDP party, it’s called the Kurdish National Council [KNC], and up until Erdogan’s latest invasion they’ve been getting along very well with Erdogan, but since the latest Turkish invasion they’ve completely changed their tune, now they’re actually calling for the Turks to get out.
Iraq’s not as blissful as you think it is either, the Iraqi government wants the Turks to get out of Iraq, and they want the Kurdish KDP/KRG Peshmerga to stop working with the Turks.
And the PUK Peshmerga want the KDP/KRG Peshmerga to stop helping the Turks capture and kill Turkish PKK and Syrian YPG fighters operating in northern Iraq, and they also want to go to Syria to help the YPG kick the Turks out, not so blissful.
There’s roughly 30,000 fighters each in both the KRG and the PUK, and they’ve already come to blows a few times already, so with the way things are so strained now, I don’t think you could use them as a model example for Syria’s future.
Master Yoda only understands and uses the light side of the force, and the Sith only get their power from the dark side, but neither group tells us there’s a third group, one that offers a bit of both the dark and the light side, and also lets you choose which is best for each differing situation.
And the third group don’t have any Masters at all like the Jedi and Sith do, only disciples of conscience, they killed off all the Masters long ago.

klove and light
Reply to  Willing Conscience (The Truths

Putin is a treachrous Zionist pig!!!!

Putin is treacherous, unloyal, self serving, ungrateful, and more than willing to crawl on his hands and knees when he wants something, but as I’ve said before, I’m not inclined to believe he’s a Zionist, just an eagre opportunist.
But don’t get me wrong, apart from his recent dealings in Syria I have nothing but admiration for the man, politically he’s a genius, and since the Soviet Republic collapsed he’s done more to stop US/western hegemony dominating the world than anyone else, but his military efforts and capitulation to Erdogan in Syria have left me re evaluating his abilities as an effective and competent military commander, as well as left me wondering about his true moral standards, which appear to me to be very different from my own.

This file photo show Izzat Shabandar, an Iraqi political figure and former lawmaker. (Image via al-Mayadeen)
An Iraqi politician has been detained by the United Arab Emirates after uncovering an Israeli-Emirati plot targeting his country, according to reports.
Izzat Shabandar, an Iraqi political figure and former lawmaker, was arrested in the UAE earlier this week under orders from the UAE’s “highest-ranking authorities”, pan-Arab al-Mayadeen news networks cited unnamed sources as saying on Thursday.
The sources claim that the Iraqi political figure’s arrest came after he leaked information regarding the UAE’s role in financing “destructive activities” within ongoing protests in Iraq and arming four Iraqi tribes in the country’s western al-Anbar province.
The armed tribes are to lay the groundwork for the province’s autonomy and ultimately its participation in the so-called “Deal of the Century”, a US-backed initiative seeking to undermine Palestinian territorial rights, making the way for the settlement of Palestinian refugees in the al-Anbar province, the sources said.
According to the report, Shabandar likely gained the information from Qatar.
The sources added that Shabandar has turned down calls urging for his return to Iraq, adding that UAE officials have forced the detained Iraqi figure to make a tweet denying his arrest.
The sources described the incident as a case of Persian Gulf countries’ “meddling” in Iraq.
Qais al-Khazali, the leader the Iraqi Asaib Ahl al-Haq group which is part of Iraq’s Popular Mobilization Forces (PMF), has also described the incident to be similar to Saudi Crown Prince Mohammed bin Salman’s detention of Lebanese Prime Minister Saad Hariri in 2017.
Many have described the incident, Hariri’s mysterious stay in Saudi Arabia during which he announced his resignation from power, as Riyadh’s attempt to force its decisions upon Hariri and meddle in Lebanese politics.
The recent reports regarding the joint UAE-Israeli initiative in Iraq come as the country has been witness to major anti-corruption and economic protests in the past two months.