Israel’s ISI released a fresh satellite image showing the recent developments on the Syrian-Iraqi border, in the area of al-Bukamal. The released image shows that Syrian continues preparations to re-open this vital boder-crossing re-establishing an official link with its neighbouring state.

While the so-called ‘land bridge’ linking Iran, Iraq, Syria and Lebanon was technically established in 2017 when the Syrian Arab Army liberated the area from ISIS, the formal declaration that Iraq and Syria are reopening the border crossing would be an important public step. Another point is that both Damascus and Baghdad are still contributing measures to secure the border area. In this event, a fortified post on the border would help to increase the security.

Sometimes I wish this site used less from the Israeli sources and instead used the sources from the local ones.
There are times when ISI propaganda packages could be relevant. This “news” is not one of them. Syria and Iraq announced last week about the border crossing.
A problem with ISI is that it’s information comes with a very specific package: Most of the times blatant lies, sometimes a combination of lies and insinuation that something sinister is happening.
Oh! They moved the border crossing (they omitted highly likely, or is it a British specialty?) from the populated area! They’re going to do something fishy, they don’t want the population to see that! What to do? What to do?!

PS. If I were a journalist, I’d include at least a sat image from Google or another source along with ISI bull$hit so my readers can see for themselves in color with higher resolution without scary one-liners. It’s also important to have a control sample because Israeli/US/UK/etc propaganda often contains lies or are doctored. But I’m not a journalist, perhaps the person who uses Israeli source knows better.

Google images may not be up-to-date, then this question comes to mind: Is there any similar Russian source for satellite images for free?

This is by Apple I believe but is constantly been updated, within 5-10 days.
https://satellites.pro/

As I posted a few days ago, the Zionist scum have really fucked up their idiotic Yinon plan. Iran, Syria, Iraq, Lebanon are not integrated and Iran’s influence in the region is now universal and is beyond any “sectarian” dimensions as the recent visit to Tehran by all Palestinian factions indicated. Hamas is even send “volunteers” to fight alongside Syrian and Iraqi militias as well as supporting the Yemenis in their historic resistance against the Saudi sons of whores and their Americunt lardass masters. The whole regional dynamics is being changed daily.

Israel has no right to exist.

Pisrael is a global cancer and needs immediate radiation therapy starting with chemo. The Zionist parasites are mutating globally and spreading their malicious racist supremacist disease which is now cross mutating with alt-right fascists, Nazis and Wahhabis.

All world nations are united without discrimination of colours, religions, regions etc.

Israel suppressing palestinians and treat them worst than slaves by butchering and blowing their homes with detonators because Israel have taken homes from Palestinians in each and every street and don’t let them to use electricity, internet or any other media. Therefore, Palestinians cannot communicate with the world.

Now this is the time and responsibility of the all world nations to focus on Israeli terrorists that have intruded from whole world in Palestine.

Terrorists have no religion. They use religion as a tool for own dirty aims.

I just attended a seminar on Zionist crimes in Gaza, it is beyond the pale of humanity. The Zionist scum and their pathetic disgraceful puppet Sisi are literally committing a holocaust of Palestinians. Even cancer patients are killed and bombed by Zionists, fishermen shot and children playing in school yards deliberately bombed. Zionist evil and savagery has no equal in history and the brainwashed “western world” is supporting this holocaust.

Although noting much at Al-Bukamal Crossing, just few new structures are been build, not much vehicles and that’s it. What the Zionists are making up is another story.
https://satellites.pro/#34.398561,40.975592,19

Zionism is based on lies and sheer fabrications. Take it from a Rabbi.

Israel has failed in Syria, Iran has spread its influence: Israeli intelligence report.

2019 is the last year of Israel. After 2019 all Israels will shift back to their native states from where their ancestors are.

The real issue that is bothering the Zionist scum is that the pro-Iran militias including PLFP, Hamas, Afghans, Pakistanis and others control vast swathe of lands adjoining Syria and Iran now has unimpeded control over 2.3 million square kilometers and the regional demography is being changed for ever. The Americunt dumbass arseholes can not hang around for ever, but Iran has and will since it is the dominant regional power since the Zoroastrian era as even the idiot Boris Johnson acknowledged.

Here is a new photograph of Iraqi Hezbollah supporting Iranian militias in the Abu Kamal region. They are using Iranian 155 mm mountain howitzers and Safir 4×4 all terrain vehicles. 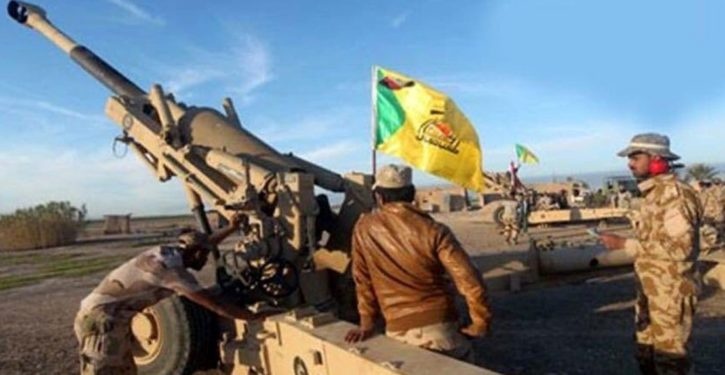 What is the good thing I believe that more that 60% are Iraqi Shia in IRAQ’s parliament. Wanted or not Iraq is now Iranian.

Indeed, Iraqi demographics have changed like in Syria as the Shia now are perhaps 80% of the population with a large influx from other states to man the militias. The Iraqi army is now almost 100% Shia and like Lebanon, the Iraqi military, PMU and Iraqi Hezbollah are basically one and the same. The Zionist morons and the Americunt dumbasses have really fucked things up for themselves.

Boris Johnson or Boris Kamal the PM of GB the grand son of Ali Kamal the Turkish citizen and Hafiz Quran.

Only the devil and Israel Zionist and Jews kill human beings.Jews over reacted and killed Jesus the God.