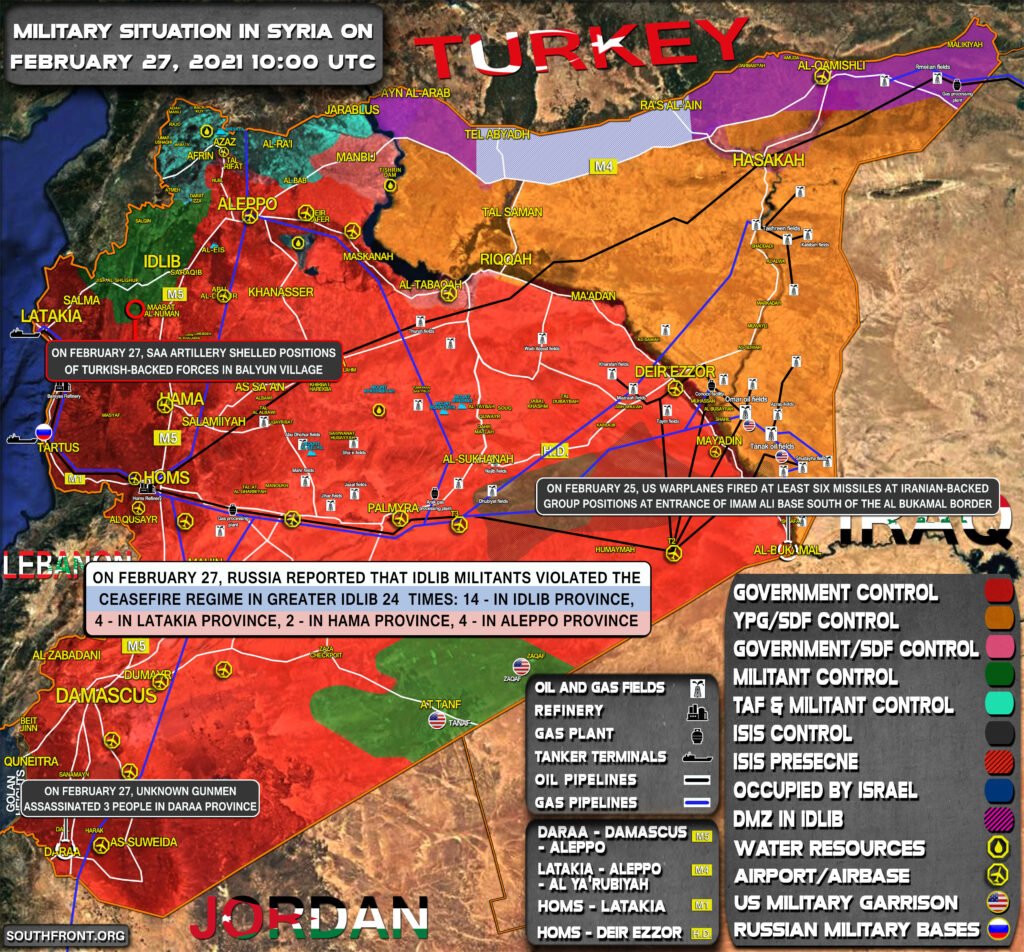 On February 28, Obretix, a military observer, shared on Twitter a satellite image showing what appears to be a Diamond DA42 Twin Star airplane at the Russian air base.

The airplane is not only in service with the Russian military, but also with the FSB. In May 2016, the agency ordered two DA42M-NGs, a variant fit with Austro Engine AE 300 engines, from Diamond Aircraft Industries.

The FSB’s DA42M-NGs, which were assembled at the JSC Ural Plant of Civil Aviation in Russia’s Yekaterinburg, were reportedly fitted with reconnaissance equipment.

The DA42 possesses considerable endurance, being capable of performing 13 hour-long flights. It also has a service ceiling of over 5 km. This makes the airplane suitable for intelligence gathering missions.

The FSB has been active in Syria since the very beginning of the Russian anti-terrorism operation in the country more than five years ago. The agency may have deployed one of its DA42M-NG spy airplanes at Hmeimim Air Base to hunt down wanted terrorists in the war-torn country.

The only regional threat Syria is under comes from the Ziocorporate NATO’s terrorist rainbow flag SDF/ISIS proxies and Silicon Valley in Palestine. If it helps bring a solution to the “mysterious” ISIS presence in the Syrian desert, it should be welcome.

Someone has rainbowed Your behind too much hitting You brain. Very impressing. It seemes very small:)

Didn’t need you to confirm you’re desperate for your favorite ISIS/SDF boyfriends’ safety. Stinks of Ziowahhabi love when you’re around.

I’d say: JUST KILLEM ALL…the only Good Terrorist…is a Dead Terrorist….’cause he will fertilize the ground…

They are probably trying to pinponit their radio transmissions. They are probably using state of the art CIA tech if they could avoid detection sofar. Thats why the spy plane is needed. Im only guessing of course…

You are an incompetent one is this too.

Who says USA do or dont know for years ???

vait a second there, “to hunt down WANTED Terrorists” that mingle there with local population it is necessary to have very good optics and other necessary sensors to track them down and kill them when no civilians are around…

killing the people indiscriminately there is not the option and terrorists are HIDDEN BEHIND local population almost always..

If thats Your family, I like it. They probatly wont come here.

You focus is wrong. Russians dont make bases to fight terrorists only.

NO OFFCOURSE THEY ARE BUILD TO STAY MINIM%UM 49 YEARS OR ARE YOU NOT INFORMED ? MORON

I didnt know Your name is Moron, but thats not uexpected.n

What is it. It looks like cheese production exported from the Suburbs of Moscow…

So we send all of them to Moscow and they has to decide if we can fire them or not :)

WHO WILL DO THAT THE DANES ?? STFU IGNORANT ZIONIST SCUM I REALLY WONDER WHAT KIND OF MISERABLE PROCREATOR HAS EVER PUT YOU ON THIS WORLD I BET YOUR ANCESTERS WERE ALL NAZISCUM LIKE MOST SCANDINAVIANS

too much novichok in jens LSD