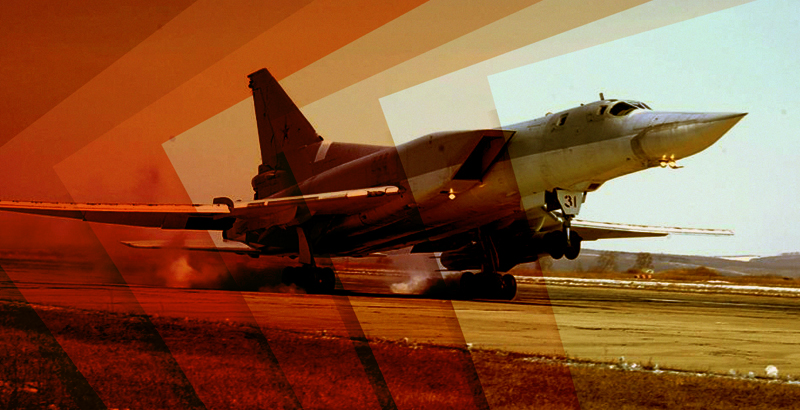 On May 28, defense observer Obretix posted on a Twitter a new satellite image showing three Russian Tu-22M3 bombers in Hmeimim Air Base on the Syrian coast.

The bombers were deployed in the Russian base on May 25. From there, they performed a number of flights over the Mediterranean Sea as a part of a military exercise. The bombers were escorted by Su-35 fighter jets.

At least two Kh-22/32 long-range missiles, which can be used against ships, ground targets and radar systems, can be seen in the satellite image placed near the bombers. The Tu-22M3s were spotted carrying the missiles during one of their exercise flights over the Mediterranean Sea.

The deployment of the Tu-22M3 bombers in Syria reflected Russia’s growing influence in the Middle East. According to the Russian Ministry of Defense, the bombers will return to their homes base in Russia once the exercise is over.

A recent expansion of Hmeimim Air Base runway made the deployment of heavy bombers like the Tu-22M3 possible. The base can now receive all types of aircraft in service with the Russian military.

jens and hindoo have influence with village astrologer

Any pics of a squadron wing sized deployment of Orion UCAV yet the Hmeimim Air Base or any other bases used by Russia within Syria?

Interesting to note the angle of incidence of the picture, a commercial entity just so happens to have a satellite go directly over the Russian AF base. CIA covering company anyone?

Tu22M3 aren’t particularly useful to bomb headchoppers. They’re primarily maritime strike aircraft. So deployment of them is a clear warning to certain people. You know who they are.