In the beginning of December last year, the head of the US Air Force Space Command, General John Hyten, stated that Russia and China were developing weapons systems capable of destroying satellites in low Earth orbit.

After the statements from the senior official, unnamed Pentagon employees who were familiar with the situation said that on November 18, 2015, the Russians had successfully tested an anti-satellite missile developed under the OKR Nudol umbrella, an experimental development project focused on missile defense.

Work on Nudol, led by state-owned defense contractor VKO Almaz-Antey, was a more or less closed topic for a long time and went nearly unmentioned in both the press and in company publications.

We will try to understand if the mysterious Nudol is specifically an anti-satellite missile or if the system is being developed for entirely different purposes.

The first reference to the research and development (OKR) of Nudol can be found in the annual report from 2011 by the head of the systems engineering bureau at PVO Almaz-Antey (since renamed NPO Almaz). According to the document, the bureau developed algorithmic security software carefully utilizing the funds allocated to the project. Judging from the fact that in the text the abbreviation OKR is written with an additional note of “SCh”, we can see that the software was a significant headache to Nudol causing concern for PVO Almaz-Antey. As written in the report, the client was the Russian Ministry of Defense.

In the same year, the secretive Nudol surfaced in a report from OAO Avangard, the leading Russian manufacturer of over-sized fiberglass products as well as other plastic and rubber products. In the interests of the Ministry of Defense, work began on the constituent parts of a development project (SCh OKR) to create fiberglass missile launch tubes (TPK) with the product codes 14A042 and “Nudol”. Already in 2012, the plant had completed R&D for the tubes but also published blueprints of the design of its TPK prototypes. The letter “A” in the index listing plus the number 14 suggests that 14A042 is a missile intended for space. Development of TPK by OAO Avangard cost 42 million rubles.

In 2012, the Nudol appeared in the annual report from the Almaz-Antey bureau of special engineering which develops and manufactures machines and hydrolic, pneumatic, and electric mechanisms. The bureau prepared blueprints for self-propelled launchers and recharging machines in the framework of OKR Nudol. It became known from the 2013 report that the launcher for Nudol is indexed as P222 and is being built by the Minsk Wheel Tractor factory (MZKT) in Belarus. 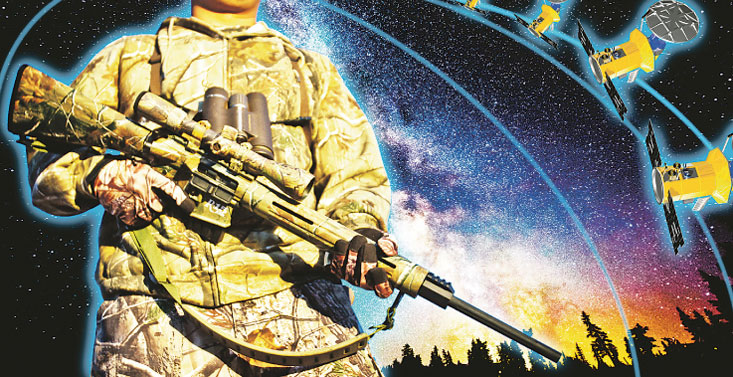 In is important to note that in at the beginning of 2013 a letter from a worker at the M.I. Kalinin Yekaterinburg Machine-Building Plant (MZiK) not only mentioned 14A042 but also confirmed it was a missile. If its casing was produced at MZiK, then final assembly was done at the OKB Novator facility. Most surprising is that the production of the mysterious missile did not go without drama. According to the author of the letter, he was ordered to install specialized bolts which were “5 millimeters longer than had been specified in blueprints, of an unknown brand of steel, and not in compliance with Eurasian Union product standards (GOST) or technical specifications (TU)”.

On March 31, 2014, MZiK announced that a modified MZKT-69221 undercarriage, index number 032, would form the foundation of a new transportation vehicle for a long-range Russian missile interception and space defense system, developed as part of the OKR Nudol project. As of now the announcement has been removed from the MZiK website.

At the end of 2015, photographs of a VKO Almaz-Antey corporate calendar appeared on the internet. The calendar featured a picture of a self-propelled launcher, the 6-wheeled MZKT-79291 vehicle, with two unusually long launch tubes.

To summarize, Nudol is an experimental project aimed at creating long-range interception missiles and space defense systems. The main developer is Almaz-Antey. In order to hit targets, the 14A042 missile is needed and it is being developed by OKB Novator. Nudol is a mobile system with some elements being installed on the MZKT-68221 vehicle and possibly other products of the Minsk Wheel Tractor factory.

A little bit of conspiracy 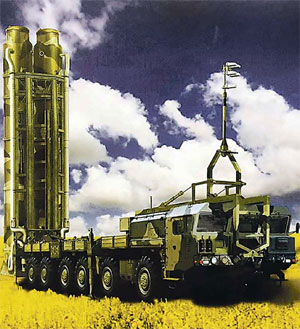 The long-range missile interception system and space defense system with index number 14Ts033 was mentioned in July 2012 on the state purchasing portal. According to the requirements of the competition, another system, index number 14Ts031, is going to be developed. It is also a long-range radar system. The document making mention of this has already been removed from the portal.

14Ts033 can be found in the annual report of the systems engineering bureau at Almaz-Antey from 2011. This was also where the first mention of Nudol was made. As indicated by the document, the design bureau was developing the first version of an algorithmic software support system. The 14Ts033 blueprints are used in PAO KBP 14P078 because 14P078 uses the same hardware housing and testing methods.

We can assume that the KBP (computer control point) is mobile as it is housed in the body of the container.

The authors failed to find evidence that 14Ts033 is the Nudol especially since Almaz-Antey developed two different long-range anti-missile and space defense systems. However, another explanation is possible: Nudol is only part of a more developed 14Ts033 system and is only its mobile component.

According to company records from 2012 and 2013, work on blueprints was finished and prototypes of the 14Ts031 radar system including its digital phased array were produced. Furthermore, testing of individual parts of 14Ts033 has begun.

The 14Ts031 radar is often mentioned in relation to the new efforts to modernize the Dunai-3U early-warning radar and A-35 missile defense system located near Moscow. Currently old equipment is being removed from Dunai in preparation for the installation of the new 14Ts031 equipment. Photos have been posted online clearly showing that the old system is being actively dismantled.

This information is consistent with accounting reports from Almaz-Antey which state that the first elements of 14Ts031 were ready in 2012 or 2013 and most likely were already installed and being tested considering the schedule of development of 14Ts033.

From available documents we know that testing of the 14A042 missile began in 2014. Last year on April 25th an experimental missile crashed after being launched from Plesetsk cosmodrome. The first reports in the media said that the missile in question weighed 9.6 tons and was not equipped with a warhead but with testing instruments.

It was confirmed later by official representatives of Almaz-Antey that a modernized missile interceptor called “Antey-2500” was launched from Plesetsk but due to a speed deviation it was ordered to self-destruct for safety reasons.

This version of events is highly suspect. The weight of the Antey-2500 interceptor (export version S-300VM) is a little over 4 tons and the 9M83 is even less at around 2.2 tons. Although we are talking about an experimental missile, it is doubtful that its weight doubled or quadrupled in comparison with the versions currently in service.

Plesetsk is not the Kapustin Yar rocket development site or Sary Shagan anti-ballistic missile testing range. It is a cosmodrome with limited capabilities to test guided surface to air missiles.

It shouldn’t be forgotten that in April 2015 the 14A042 Nudol system was tested and unfortunately was unsuccessful. We can assume that this missile is large enough and weighs more than 9 tons which gives it very similar characteristics to the missile interceptor 53T6 which is part of the A-125 system.

In summary, Russia is actively working on the 14Ts033 long-range anti-missile and space defense system which is probably Nudol. Part of the system is the 14P078 computer control point, the 14Ts031 long-range radar, and the mobile missile-launch vehicle with its component of 14A042 missiles.

Considering that the 14Ts031 radar is based in the town of Chekhov near Moscow, we can assume that Nudol was part of the larger missile defense system, called A-235 or “Samolyot-M”, from the beginning or is being integrated into it step-by-step. A noteworthy point is that these systems are frequently listed together which tends to suggest they are linked. 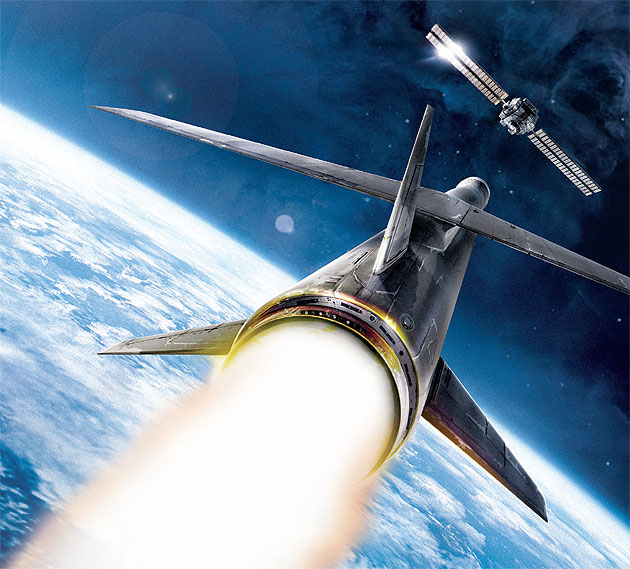 It is worth it to stop on the point of the chassis which can be used for the mobile missile launch vehicles (SPU) and the missile transport loader vehicles (TZM) from the 14Ts033 line. So far we only know that specifically the MZKT-69221 will be the base for the new transport vehicles for whole system according to the Minsk Wheel Tractor factory.

The 69221 is popular at Almaz-Antey. The Buk anti-aircraft missile launcher is based on this chassis. A Buk system was presented at last year’s International Aviation and Space Show (MAKS) in Zhukovsky.

If the version launched from Plesetsk in April 2015 actually was the 14A042, then the MZKT-69221 is hardly suitable for use as the mobile missile launcher. For the roll of SPUs and TZMs we have to look at the heavier and larger MZKT-79291, the launcher which landed itself in the Almaz-Antey corporate calendar mentioned earlier.

It would make sense for the more compact MZKT-69221 trailer to be accommodate elements of the 14P078 control computer or other parts of the complex related to communications and transferring information.

But can Nudol intercept satellites as representatives of the Pentagon insist? In favor of their claim is the fact that the index numbers of the component parts of the system start with “14”, which means they belong to space equipment. Additionally, “space defense” is part of the system’s name.

Furthermore, if the story is true from last year that the 14A042 missile experienced a setback in Arkhangelsk Oblast, then there is a large chance that specialists at Almaz-Antey are putting the final touches on the anti-satellite capabilities of Nudol. It shouldn’t be forgotten that the anti-missile is not being tested at Plesetsk but in Sary Shagan in Kazakhstan, which is the tenth proving ground of the Russian ministry of defense.

Speaking against it being an anti-satellite weapon is the fact that the new missile weights a little more than 9.6 tons which probably makes 14A042 more of an anti-missile weapon capable of intercepting targets on the outer limits of the atmosphere. Suffice it to say that the long-range interceptor missile, 51T6, has been taken out of service. It weighed more than 30 tons which is significantly more than Nudol.

Even if it doesn’t have the ability to destroy enemy satellites, 14Ts033 presents the Russian Air and Space forces with truly unique capabilities and strengthens combat readiness. Currently the anti-missile launch installations that are part of A-135 and the newer A-235 are placed in missile silos which have long been known to the enemy. Nudol is a mobile complex which places them beyond the reach of enemy intelligence which would seek to locate and destroy them.

There arises an analogy between the ICBM launch silos and the mobile ground systems. It cannot be denied that the availability of Topol, Topol-M, and Yars-M to the Russian military serves as an important deterrent to any potential foe.