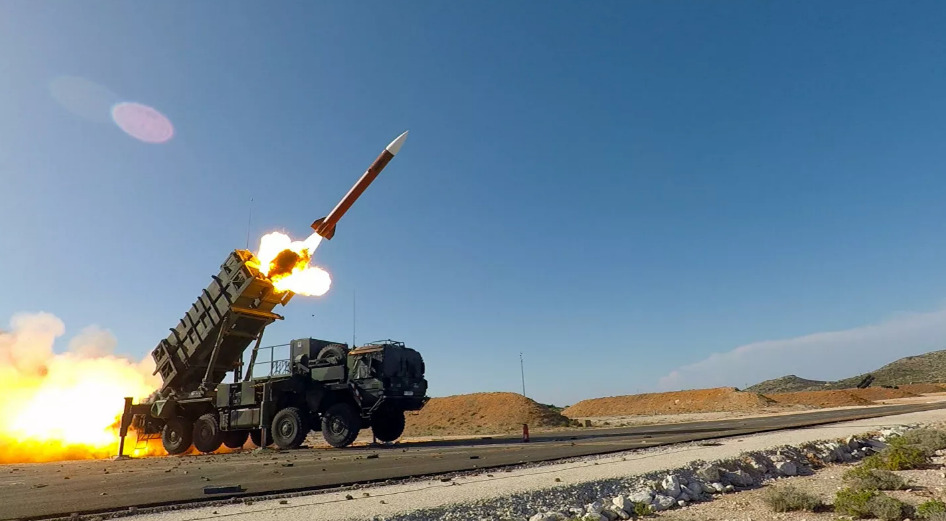 On April 21st a new act, that entered US Senate and will be voted on soon, titled Ukraine Security Partnership Act.

It passed the Senate Foreign Relations Committee without a hitch and aims to increase and improve U.S. military support to Ukraine, and sends a message that the United States will continue to support the people of Ukraine, their ability to defend themselves, and the country’s democratic transition.

“Today, as Russia masses more than 100,000 troops on the Ukrainian border, more than at any time since the 2014 invasion, I am proud the committee moved the Ukrainian Security Partnership Act forward in support of the Ukrainian people. Ukrainians have a right to choose their own future, and this bill contributes to that by supporting Western-style military reforms, lethal and non-lethal military equipment to defend itself from Russia, and U.S. diplomatic support for peace negotiations,” said Senator Jim Risch. “I was also proud to support the inclusion of an amendment I worked to draft with Senator Cruz that requires President Biden to report to Congress on whether 20 specific entities are subject to sanctions under the Protecting European Energy Security Act. I believe that all of these entities are currently involved in building out the Nord Stream 2 pipeline. U.S. law requires that such entities be sanctioned – this amendment should make Congress’ intent crystal clear.”

Of course, this was a statement prior to Russia withdrawing most of these troops after exercises were simply concluded.

Still, the legislation is fact and if it passes it would introduce the following:

This aid includes anti-ship missiles, air defense systems and even more Javelin systems are to be provided.

As the Western media emphasize, this is necessary in the event of a direct military clash between Kiev and Moscow. And although the Russian Defense Ministry announced the withdrawal of troops after the end of the exercise, the Pentagon is unlikely to give up the opportunity to further militarize the region.

NATO made it clear enough that they are not going to fight with Russia for the sake of Ukraine and will not send soldiers to Eastern Ukraine. However, the West will stop its material and technical support of Kiev.

NATO spy planes and drones hang over the Black Sea and near the contact line every day, transmitting information to the Ukrainian General Staff. The intelligence of the DPR and LPR constantly notices foreign military specialists in the trenches of the Armed Forces of Ukraine. NATO military transport planes with mysterious cargo regularly land in Kiev.

Obviously, the most sophisticated weapons will be deployed and tuned by Western specialists – Ukrainian military personnel are not yet trained for this. This means that a small contingent of the alliance’s troops will nevertheless take part in a potential armed conflict on the side of the Armed Forces of Ukraine.

The Kiev authorities, sensing a military freebie, immediately began to demand more. Ukrainian Foreign Minister Dmytro Kuleba admitted in an interview with Reuters that he had asked US Secretary of State Anthony Blinken to help provide modern electronic warfare. According to him, the Armed Forces of Ukraine need this to “resist Russia’s ability to block Ukrainian communications.”

Moreover, many observers are certain that Western electronic warfare systems are already being deployed in the Eastern Ukraine. This is indirectly confirmed by the recent reports of the People’s Militia of the unrecognized republics that the drones of the OSCE mission often simply cannot take off – control signals are allegedly jammed from the Ukrainian side.

Notably, recent reports claim that Ukraine not only receives US weapons and equipment via military transport aircraft, but also through civilian aircraft.

And it’s with Silkway Airlines, on whom SouthFront has quite a few reports written.

You have to admire Putin for slyly stopping the nutters from jizzing their nuclear load onto the planet at every turn. They must be really frustrated at this point.

How about bringing some wealthy Russian tourists in Cuba to put US&EU tourists at shame? Sure cuba will chose the best business partner.

Or giving the Taliban AA missiles ? Its only been 20 years.

The Ukrainian are naive, the old and unusable weapons will be given as always, the real weapons are already in the Ukrainian territory and are the biological war laboratories, almost dozen or more, are already functioning, it is with those that NATO intends to solve the ukraine issue, once for all.

Ukraine Security Partnership Act does not even dare to mention NATO membership. Ukraine didn’t even make it that far. This means that Ukraine will be a NATO proxy. Not a member, but a proxy. Forever trapped in an state of geopolitical undeath. Too bad Ukrainians will not be given passports to other NATO countries if any war Ukraine starts, ends in defeat.

you can read this in the book “The grand chessboard” by Zbigniew Brzezinski.

US has a purpose for Ukraine – a vassal to be used to create a permanent political crisis on Russian border – to distract and frustrate Russia. The US do not care what happens to ordinary Ukrainians themselves, or whether the country’s infrastructure is all but destroyed – the country is now a geopolitical pawn under control of US – who are also keen to pull out as much of the Ukraine’s resources and wealth as possible as part of the process – through basic corruption and growing debt levels for overpriced ‘aid’ and associated loans.

Exactly my words. The innocent Ukrainian people have a right to freedom and to choose their own peaceful future! This bill contributes by supporting military reforms and lethal military US equipment to defend itself from Russia and to force Russia into diplomatic peace negotiations. As everybody knows Russia sees any softness as a weakness and only understand it when you get tough on them…………………LOL.

Poke a bear, no matter how patient that bear may be and soon you will regret it. When Russia finally reacts to this unabated geopolitical pressure, it will be decisive and powerful. “Speak softly but carry a big stick” , Theodore Roosevelt’s slogan for America 100 years ago, has been adopted by Russia for the past several decades. They will use that big stick sooner rather than later if the US keeps pushing them continually . .

Bears don’t know to use sticks

They also sleep through the winter.

When will the people commenting on this site come to their senses, open their eyes and see the things as they are?

What is your point? Things are as MI6 says? Or it is MI6 steering the shit in Ukraine?

Fog of War
Reply to  COVID19

Some of our eyes have been opened for years. However, I would take this article with a grain of say as it can never be proven either way.

all this is gonna be such a waste, ukraine will lose, no US soldier wants to fight and die for ukraine, probably barely any ukrainian soldiers want to die for ukraine hahahaha

More arms depots with western provided weapons to mysteriously blow up in Ukraine? I don’t think there is a chance Ukraine has in direct conflict with Russia – no matter what kind of military equipment they are provided by west. The only thing west will get with this, is that their bases in Ukraine, and Western Europe become legitimate targets for Russian missiles.

The dumb bastards are paving the way for the destruction of the Ukraine and the people there are too stupid to understand the fact that they are only being used as Pawns by the U.S,

giving Ukrainians weapons is similar to giving Jens or Tommy a chess set—they would defecate on the board, and confuse sexual perversions with chess

Why does Australia want to be a failed state in the grave yard of US beneficiaries ? I think it’s because nursery rhymes pass for intellectual understanding in both countries.