A sabotage operation targeted several underwater pipes of Banias’ oil terminal on the Syrian coast, the Syrian Ministry of Petroleum and Mineral Resources announced in an official statement on June 23.

The attack, which took place on June 22, damaged five oil pipes leading to a dangerous leak, according to the ministry. However, the authorities conducted emergency repairs and contained the situation.

“Within a few hours, work in the downstream will be resumed as it was before,” the ministry said in its statement, stressing that it will continue its work “no matter how different the methods of siege and aggression.”

Syria’s news channel, al-Alikhbaria, released photos of what appears to be the remains of two limpet charges that were used in the sabotage operation. Banias’ oil terminal is located roughly 30km north of the Russian Navy base in Tartus port. An oil refinery and a major power plant are located in the same complex.

There is still no evidence linking the Banias attack to the recent escalation in the Persian Gulf. Nonetheless, the U.S. and its allies remain the biggest benefiters of such an attack, which could be considered a message to Syria’s close ally, Iran.

No way is this Isis! looks like Zios have been taking a swim

Correction. The Zios got someone to take a swim. Zios are useless. Most probably an American speck op dying for Israel.

And You are a whale.

Or a Brit. A navy diver friend of mine was messing around with mines on the Yemeni coast last year.

Ah, so you know the guy who attached those mines… ;)

NAZIonist
assholes.. who else

This is indeed a Zionist tactic to destroy civilian infrastructure as they have done in Gaza. The Salafist terrorists in Syria now have IDF advisers attached to them and based in eastern Euphrates. I

How to you sabotage national interest and infrastructure if you so dearly want to rule the country.

These of Zion are really unclean beasts, it does not appear that Al Qaeda has submarine troops.

I understand that UK MI6 has recently the training of a ‘Special Diving Helmets’ team to compliment the ‘White Helmets’ with rescue work at sea :)

Israeliens dot do that kind of that small scale intomidations Rubber Duck.

Next time they will send 5 some very nasty moskitos out too :)

And get fumigated with Syrian Mosquito Repellent for their pains.

Why Israel and jews ? It make more sence Assads has to use horses in stead of tanks in Idlib.

Right – Too much dirty smoke. Mosquito airplanes were very good in WW2.

What Pompeo said the other day that the world has glorified US CIA for lies, cheats and steals. 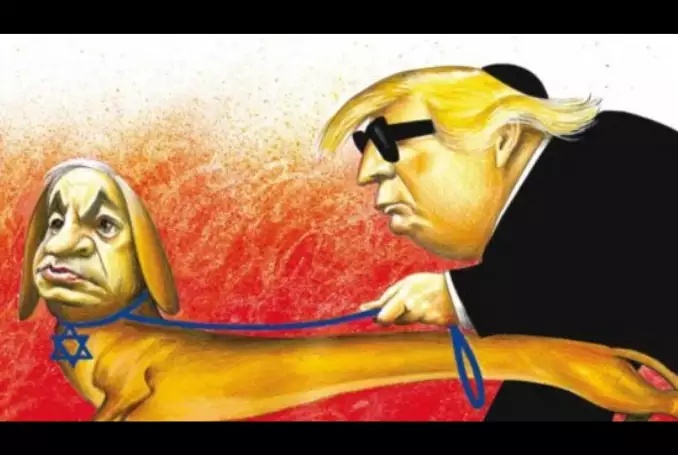 Undoubtedly, this limpet mine attack was performed by the same limp minded group of psychopaths that performed the false flag attacks on the 4 tankers recently. Limp, retarded psychopathic regimes capable of this kind of activity are those which actively support terrorism in Syria… Israel, US and Saudis. On second thought, scratch the Saudis. More than likely, since the sailors witnessed projectiles prior to the ‘Courageous’ being struck, it’s going to be either the cowardly Israelis, who desire the US to do the dying for them or the US psychos willing to send American kids to do the dying for Israel.

I just thought of another possibility…. didn’t the UK just send some frog people to the region to help perpetuate false flag operations against Iran? They do have a proud history of false flag operations. Incidentally, are the Skripals still alive or has the UK finished them off yet? Inquiring minds want to know.

Nothing ever happend. Its just a propagadish counterweight to killin an destroying the rest of Syria as well.

The might hope they get life sentence insted of being killed as Saddam and Gadaffi.

More like someone has tryed to smuggle in pork because of starvasion and big profit og eaten.

Where is it from ? Assads bathtub or what ….

You really should do something about your booze addiction ,Jens.
When you Drink and Write, you make even less sense than normal.

It is from your mothers second hall bloody agent.Stop using LSD for aggressiveness. StockHolm syndrome.

great job repairing it syria, hopefully soon you wont have to deal with these vermin anymore trying to mess with u

What is obvious it is obvious. As pointed out by AJ, not way that this was and ISIS operation. USA-Israel are directly involved, one just needs evidences about it.

Israeli puppet in the WH

No wonder why USA NATO and useless puppet nations are against Iraq,Yemeni, Syria, Lebanon, Palestine, Iran,North Korea Afghanistan.This countries have high level expertise in engineering and technology. Look at the level on which their produce medical ,weapon,artillary, rockets any material equipment. Their are also highly educated and therefore are suppressed by USANATO with war.Qatar,Saudi Kùwait,UAE ,Turkey and remaining puppets expertise are drained and suck to the benefit of masters USANATO. Therefore their wont be sustainable. Israelis have vast experience in killing Jesus Christ,Moses killed Egyptian,David killed Goliath,Paulus killed Syrians,British order the killing of Israeli’s and later blame on Germany to start world war.Because out of fear for Germany strong army and their economic suffering. USANATO will never pressurize Israel out of fear for truth exposure.USA wont even follow up with Israeli Liberty warship bombing.But their force Gaddafi to compensate Lockerbie bombing.But never compensate Iran jet downing by USANATO.

blatant zio tactics. Empaling a few cheneys and chickenpoos along the 1967 border would teach them much needed manners.

Yet another attempt to deprive Syrians of oil. Who has the motive and the capability to stage underwater attacks? Israel, US, UK, France…