On December 26, the Syrian Arab Army (SAA) resumed its advance in the southeastern Idlib countryside, despite bad weather conditions. A heavy rain storm is currently affecting northwest Syria, including Idlib. The storm slowed down the SAA advance and limited the operations of the Russian Aerospace Forces over the last few days.

Syrian troops are now 8 km away from the city of Ma`arat al-Nu`man, the main target of the ongoing military operation. The army is also approaching two Turkish observation posts near the towns of Tell Tuqan and Ma’arr Hitat.

The SAA will not likely advance further in southeast Idlib today. The weather in the region is expected to worsen in the upcoming few hours.

Great job SAA! No more ceasefires. The terrorists had enough time to leave. They only know the hard way.

Yes. No ceasefires, no prisoners any more.
The times of false diplomacy should be over in this dirty war.

Securing the paved road is good.
Tigers are wet right now and the ground is to dam muddy ! 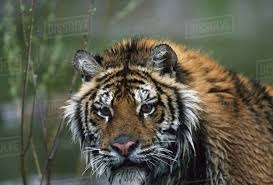 Russian fighter jets can operate in all weather conditions.

Slowly slowly death is coming to the coward insane wahhabis nice slow death is more better as they be mentally tortured first in this world. 8 km and whether is bad perfect mental torture scenario before dead for the monsters scums hahahahaha.