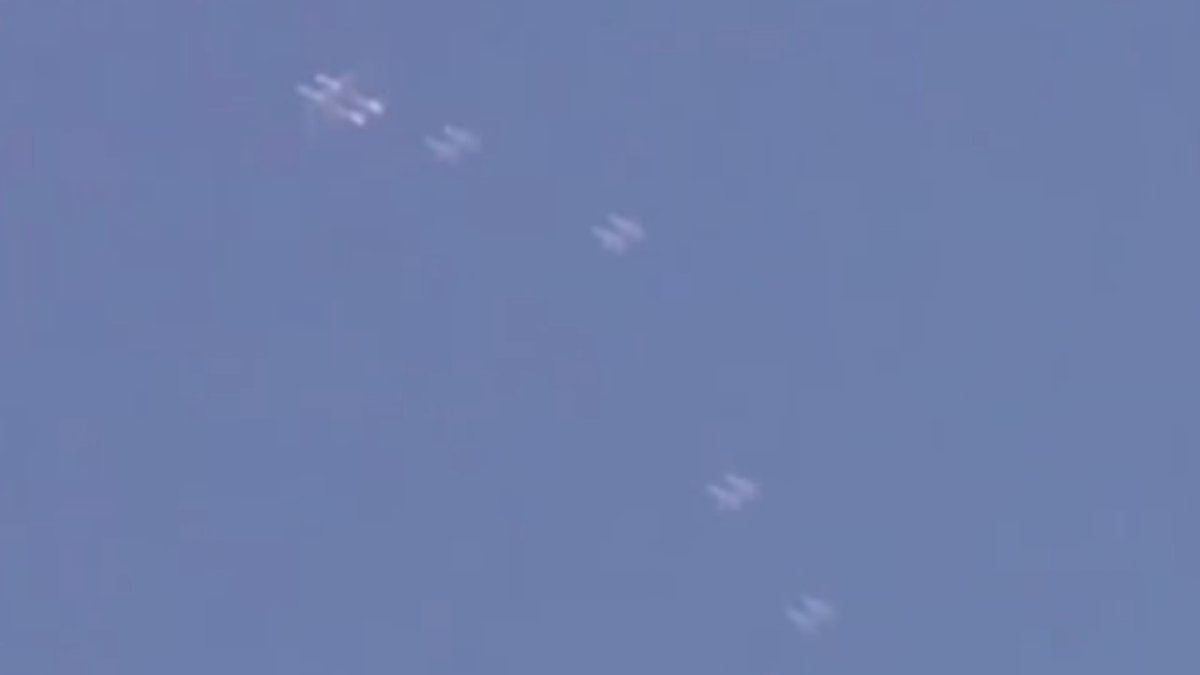 Russia’s Tu-214R electronic surveillance aircraft was spotted in the skies over the western part of Aleppo city on October 30 where heavy clashes were ongoing between the Syrian army and the al-Nusra(al-Qaeda)-led coalition, known as Jaish al-Fatah.

The Tu-214R electronic surveillance aircraft is a major component of the “reconnaissance-strike complex” implemented on the Syrian battleground.

It palys an important though obviously classified role in the fighting around Aleppo, providing to the Syrian government forces information about troop and supply movements on the ground, and locating commanders, headquarters, supply dumps, and other key infrastructure.

Showboating with very little effect… It’s beyond a joke… Like ping pong… Y’all pack your guns and go have a warm shower… Play football … Watch t.v … You only live once and you’re fighting… Lol

So you are ok if any of them invades your country, as long as they don’t touch your tv and football:))

No Sir, i wont be ok with that … but this war is getting so very tiring! even for us just reading… and pointless really … i am from a country that could do with a even a quarter of the infrastructure just being blown up… us humans are are still very primitive really …

We have indeed have messed up again. Maybe its time for ww3, for another reset of world order.

I see this kind of post often, Humans bad, wasting time fighting life’s short. I wonder just as often if you are aware why it is you can live a life where a shower football and watching tv seem so preferable to war? Why in your view they seem so primitive? I would venture to guess the man who owns your favorite football team also owns large amounts of stock in BP, who’s lobbyist are pushing the government to supply weapons to one side in this war or another in the hope they will win a new pipe line contract. He will reap the benefits and sign some young superstar to million dollar contracts all so you can have a shower drink a beer and watch some TV, You my friend are already in this war and many others. These primitives just got their number called before you.

I guess so… And your last statement is very deep! My personal sentiments have been posted and however bad it gets .. good will prevail. Praise be to God almighty

This is a very effective piece of hardware in the international arena where Zionist are use to not being checked at all. With this they are pulling contact numbers right out of cell phones. Identifying individual numbers in cell phones. Lifting all text messages. Monitoring all electronic devices. Creating “Heat Maps” of the movement of laptops and cell phones. Tracking radios and listening to broadcast. Labeling different types of shoulder anti-air missiles the zio-terrorist have and so forth. And a myriad of other things. http://nationalvanguard.org/

The only medium that does what you say it’s the neutron bomb.

Let’s hope bring down all those jihadist drones…

This is how the RuAF is going to identify, track , and distinguish all the different forms of comm the Moderate Beheaders use to keep in touch.