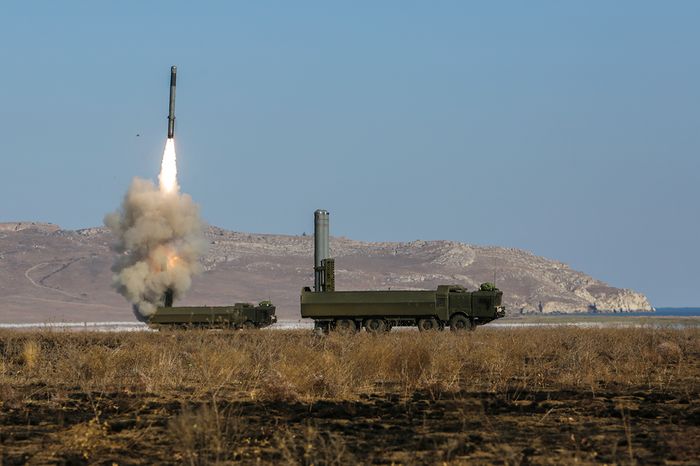 The costal defense system being developed around the Tsirkon hypersonic missile will be also able to launch Oniks missiles, TASS reported on November 22, citing a source close to the Russian Ministry of Defense.

“The created launcher of the new coastal missile system can employ both Tsirkon and Oniks missiles,” the source told the news agency.

The Tsirkon, which was developed by Russia’s NPO Mashinostroyeniya, is powered by a state-of-the-art scramjet engine that allows it to reach speed as high as Mach 9. The highly-maneuverable hypersonic cruise missile can destroy both naval and land targets. Its range is said to exceed 1,000 kilometers.

Work to develop a costal defense system around the hypersonic missile has been ongoing for a while now. A prototype of the system’s launcher has been already manufactured.

The Oniks, which was also developed by NPO Mashinostroyeniya, is not a hypersonic missile. Yet, it can reach high supersonic speeds. The missile has a maximum speed of 2.6 Mach and a range of 600 to 800 kilometers depending on the version. It can fly as low as ten meters while cruising and hit both naval and land targets.

The supersonic missile has been in service with the Russian military since 2002. It has its own costal defense system, the Bastion-P.

Both the Tsirkon and the Oniks missile can be launched from surface ships and submarines. Developing a shared costal defense system for the two missiles could help lower the cost of operation and provide more flexibility.

Oniks P800 is Soviet 1980’s obsolete missiles that India has been boasting shamelessly as indigenous Brahmos supersonic missiles after painting them with India flags.

That’s why India Brahmos range is limited to 290km under Ru export limitation. India tried to extend the range beyond 350~800km with longer fuel tank but failed miserably, not able to correct the offset CG and sensors precision.

So it engaged Israel to let Brahmos firing from Su30MKI piloted by Israelis to boast extended range of 450km by shooting from high altitude.

A logical counter to the threat of the new 15 billion dollar US aircraft carriers .