“An aerial target approaching Russia’s state border was spotted by Russian airspace controls. A Su-27 fighter jet from the Air Force was employed to intercept the target,” the defense ministry told media.

According to the defense ministry, the fighter jet “approached the object at a safe distance, identified it as a Gulfstream reconnaissance plane from the Swedish Air Force that was conducting a flight with its transponder switched off.” After that, the Swedish spy plane flew away from the Russian border and the Su-27 jet returned to its base.

The Russian military also released a video showing the interception on its YouTube channel. [a downloaded version is above] However, the released video appears to be made from different clips, which were added to the moment of the interception. The video includes: The video was intended to show the interception of the Swedish spy plane by a Russian Su-27 jet. However, the aforementioned akward mistakes in the final footage undermine the main purpose of the material because undermining the credibility of the data provided by the Russian Defense Ministry.

This is not the first time when technical mistakes made in coverage of Russian military, diplomatic and diplomatic activities put the country in a complicated media situation. For example:

They used an SU-24’s cabin in the video.

Ahhhh!…..that’s why I was wondering the pilot was sitting all the way on the left. I thought it must be some special version lol.

I said it many times – there’s a traitor or an imbecile within RuMod public relations department. In either case those responsible should be replaced with honest and professional people.

A fish rots from the Head down!!!!

Stop with your zio “Putin must go” mantra :) PR department is not the head by any means. Yes, there are a lot of traitors hiding behind nice words and you’re a good example of such creatures. 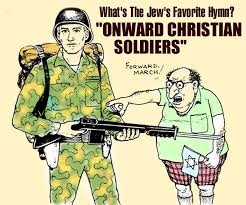 Bottom line is that the intruder was intercepted and sent back. Well done!

nah, the traitor or imbecile is all in another place.

Maybe these mistakes are actually coded messages for secret agencies on other side: or do you really think that FSB, CIA, MIA don’t communicate with each other?

You are correct, this does sometimes happen. Also, sometimes a new engine modification or even a missile modification (like the Iskander adapted for carrying by a fighter bomber) is ‘leaked’ through such videos – there are several other recent examples.

I am not sure this particular video has such a message, but not being an airforce or airplane expert I would not know.

I think you are correct. Thinking about this it seems very unlikely that there would be a camera in place to record the take off and landing. There would need to be a cameraman on permanent duty to accomplish this. On the other hand there may well be a cockpit camera installed permanently to make a record of flight footage. Probably better not to pad out the footage so as just to make a visual narrative.

Someone at the Russian Air Force PR department should have a early weekend :-D

Russia is not going to disclose a secret base from where the SU27 took off from nor are they going to show the cabin area of a fighter jet ready for combat. What the video did show was the Swedish plane and that is what the exercise was all about; the interception. You may as well ask why co-ordinates were not displayed.

I suspect that’s what NATO was hoping for here: ‘innocent Swedish scientific researchers’ shot down by ‘Russian aggression’.

Who cares. No one in the world thinks stock footage is so unusual.

The RF needs to focus on real issues like the aholes in Belarus and the Israelis bombing their so called allies in Syria.

So much to do about nothing, once again Southfront misses the clue Or do you really think they would film the entire action and give you all the flight data, coordinates and list of weapons and resources?

Of course, something has been gathered together with other material to make the story a whole. You exaggerate or are a knee-high if you wish to unambiguously get a Hollywood-produced video on your desk. They call this spoiled nests with us!

The intercept part of the clip is okay…it is clear that the cockpit is a single-seater…but the cockpit shot of the airplane landing is definitely an Su24 bomber with side-by-side seating…also the takeoff Flanker without the missiles is silly…I agree it is not good to make these kinds of foul ups…but in this case it is not a deception on the scale of the spliced Israeli video of the Pantsir kill…it was done more for convenience, since they would only have had footage of the intercept, not somebody standing beside the runway and filming while the exact intercept airplane takes off…same thing for the landing footage…the intercept Flanker probably shut his camera off after the intercept, so there would be no cockpit video of the return to base and landing…somebody just figured it would make for a more ‘compelling’ video if there was a ‘storyline’ of the interceptor taking off, filming the intruder, and then coming back to land…a bad decision for sure…in this age of youtube [LOL] you can’t get away with this kind of tomfoolery…but overall this cannot compare with the clear intent to deceive that we saw with the Israeli clip…

You are being ridiculous, Southfront. Don’t waste your precious resources on such worthless articles!

In all seriousness, do you really think that they normally film every step a of pilot getting into his aircraft before every takeoff?

Such an intercept is an extraordinary thing. So they filmed it. They wanted to give it some explanatory context, so they stitched some stock footage to both ends. One should not expect any actual footage of a pilot stepping into his plane, as such phases are normally not filmed.

It just stands to reason!

Yes, the result is awkward, because the cockpit is not even of an Su-27, but the clerk who made the video did not care.

the only thing that has been undermined is that of the writer as an anti-corporate, anti-zionist journo.

if writers that should be aware of relevancy in military subjects try to apply this kind of zealotry to the side they are supposed to support, then there is only one conclusion to be made, that we are witnessing cryptozionism of the lowest quality.