The Russian strategic bomber raid on the Daesh targets in Syria yesterday marked not only the combat debut of the Tupolev Tu-160 Blackjack, but of a stealthy new Russian cruise missile. A video released by the Russian defense ministry clearly shows what appears to be the new Raduga Kh-101, which is slowly replacing the older Raduga Kh-55/Kh-555 cruise missile. 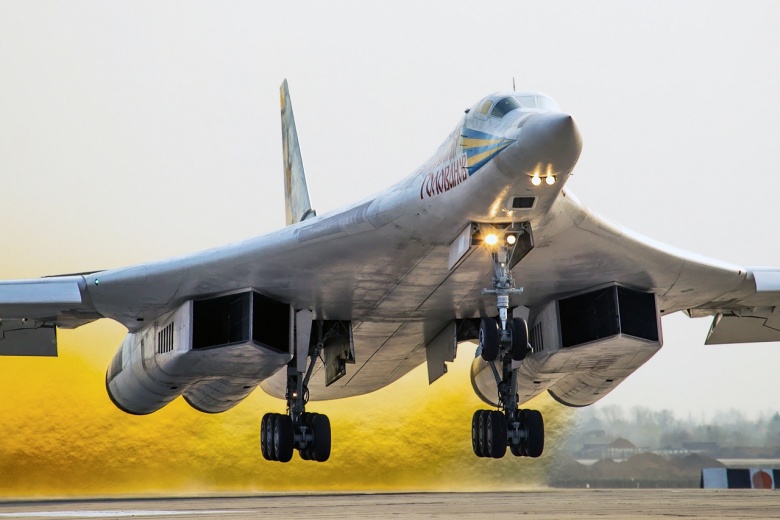 The new weapon—which is an extremely long-range stealth cruise missile—comes in two variants. The Kh-101 is the conventional variant, which was launched from Tu-160s against Syrian targets yesterday and the Kh-102, which is the nuclear-tipped variant. The missiles might have a range as great as 3,100 miles by some Western estimates.

However, Russian media indicates that the weapon has far greater capabilities. In 2012, the Russian newspaper Izvestiareported that the conventional variant of the missile would have a circular probability of error of less than 30 feet at ranges of up to 6,000 miles. The missile would use a combination of inertial guidance and satellite navigation using the Russian GLONASS system. Some reports indicate it might have a imaging infrared terminal guidance system.

The missile’s warhead would pack 880lbs of explosives. At the time, Izvestia had reported the weapon would enter service in 2013. Indeed, given that the Russians used the weapon during yesterday’s raid, that appears to have been the case.

There is not much data available about the Kh-102 nuclear version of the cruise missile. One can presume that the nuclear variant will be at least as long-ranged and just as stealthy as the conventional variant. It will also likely travel at tree top levels and it is thought to cruise at about Mach 0.77. The nuclear warhead is thought be a 250KT device.

The nearest U.S. equivalent of the Kh-101 or Kh-102 is the AGM-129 Advanced Cruise Missile, which has been retired from service. But the weapon incorporated a stealthy airframe and a 2000 nautical mile range when it was still in service.

The U.S. Air Force is currently developing the Long Range Stand Off missile which is likely be similar in concept to the two new Russian weapons.