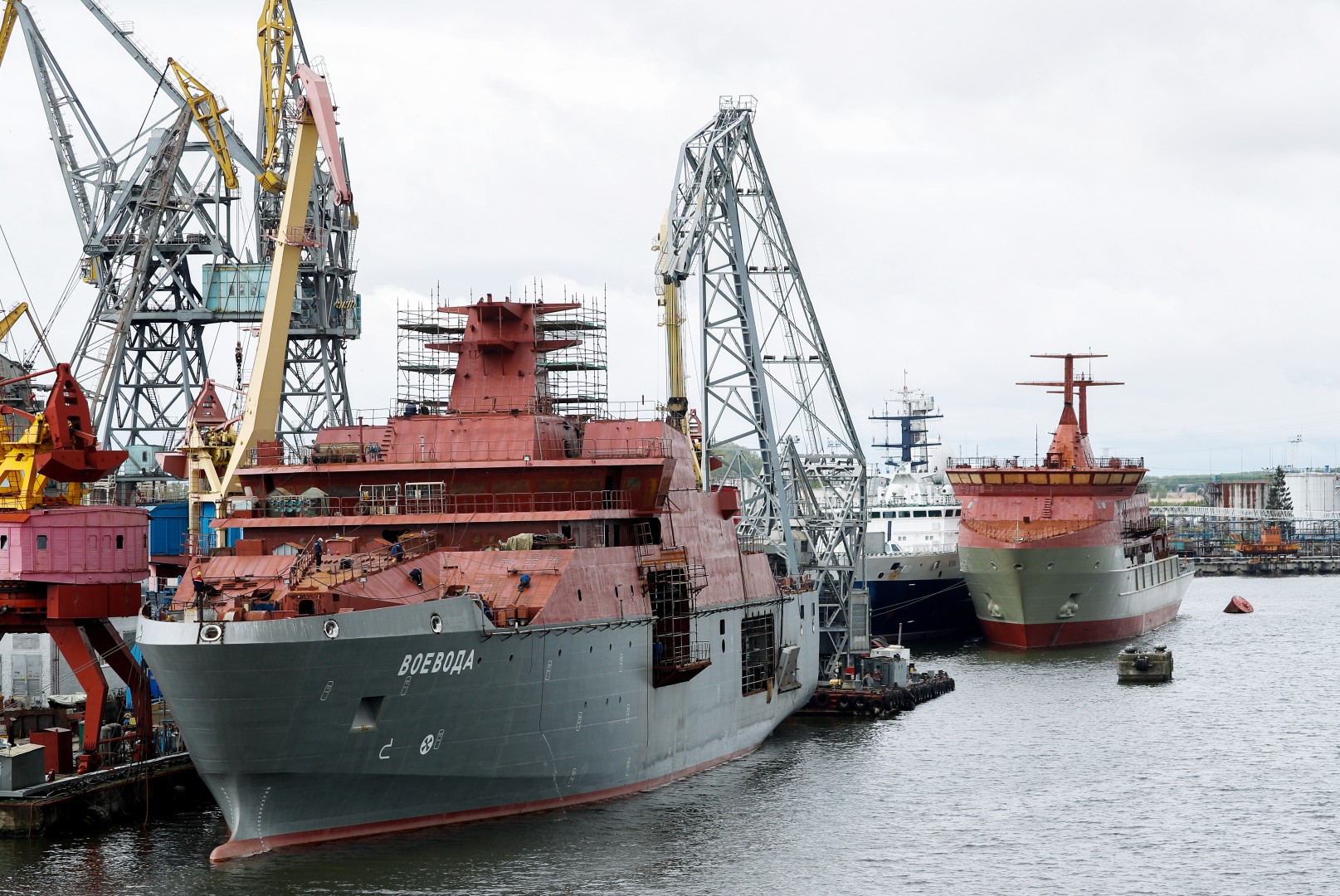 Most Russian shipyards in the North-West in the country suffered financial loss in the fiscal year 2019, Kommersant reported.

They are all part of the state-owned United Shipbuilding Corporation (USC).

The only shipyards that turned a profit were the Admiralty shipyards, specializing in carrying out state defense orders.

In relation to two shipyards – the Baltic Shipyard and the Vyborg Shipyard – the auditors expressed doubt about the continuation of their activities.

One of the last financial results for the last year was published by the Baltic Shipyard, whose net loss in 2019 increased by more than six times compared to 2018 and amounted to 6.4 billion rubles ($90 million).

The company’s revenue decreased in 2019 by almost 20%, to 20.8 billion rubles ($292.8 million). The net loss and negative net assets of the Baltic Shipyard indicate that there is significant uncertainty that could raise significant doubts about the company’s ability to continue operating continuously, the audit company Samovarova & Partners concluded.

At the same time, according to the report of the Baltic Shipyard, the company prepared a financial recovery program for the period 2020–2027.

The report also claimed that net profit was expected to begin coming in positive from 2023 onwards. The enterprise’s portfolio contains an order for the construction of five nuclear-powered icebreakers of Project 22220 with the expiration of the construction period in 2026 and the classified product J6.

In addition to orders, judging by the financial recovery program, the Baltic Shipyard plans to achieve a tax exemption in the amount of zero VAT rate for the construction of the first three icebreakers, which will bring the actual costs of the ships under construction in line.

Additionally, the shipyard wants to carry out additional capitalization to reduce losses under the Victor Chernomyrdin construction contract, as well as increase the contract price of the Akademik Lomonosov floating power unit (an estimated amount of 3.7 billion rubles ($52 million) excluding VAT) and compensate for negative exchange rate differences under the contracts (appeal for this was sent to the Ministry of Industry and Trade, specified in the report).

The increase in losses of the Baltic Shipyard is associated with a significant lag in time and technical problems during the construction of a series of nuclear icebreakers, primarily the leading nuclear icebreaker “Arktika”, says Mikhail Burmistrov, director general of the Infoline Analytics agency.

Given the breakdown during the testing of the propeller motor on the right shaft, which is to be replaced, the work will be completed sometime in 2021, the expert said.

At the same time, 2020 will be worse for the enterprise than 2019 if it is not possible to agree on the commissioning of the Arktika for trial operation with limited capacity, which will require a solution at the level of the Russian government, he notes.

In relation to the Vyborg Shipyard, which is actively engaged in the construction of fishing vessels, but this year it was awarded military orders for the first time, the auditor of the Samovarova & Partners company also points out significant uncertainty regarding the continuity of operations, since the cost of the shipyard’s net assets for the last three years is less than the statutory capital and has a negative value.

The proceeds of the Severnaya Verf shipyard, one of the main defense order shipyards, which in recent years significantly expanded its civilian portfolio (14 fishing vessels), in 2019 increased by almost 15% to 20.7 billion rubles ($291 million), the loss decreased six times, amounting to the results of the year 534.4 million rubles ($7.5 million).

According to the results of 2019, only Admiralty shipyards received net profit, in whose construction there are two series of submarines for the Navy, patrol ships, as well as a series of fishing trawlers and an ice-resistant North Pole platform.

The company’s revenue for the year exceeded 35 billion rubles ($493 million), net profit amounted to 1.8 billion rubles ($25 million), Deputy General Director for Economics and Finance Sergey Yurchuk told Kommersant. This is lower than in 2018, but can be explained by the increase in shipyard costs in connection with the installation of expensive equipment on ships.

The number of vessels (both surface and underwater) delivered in 2019 decreased both in the civilian segment and in military shipbuilding, follows from a study by the Infoline agency “Russian Shipbuilding Industry”. The number of orders under the state defense order in 2019 decreased by 36% compared to 2018 and amounted to only 27 units, which is the lowest indicator in the last six years, Infoline analysts say.

What is positive, however, is that a stable portfolio of civilian and military orders has been formed at the shipyards of the Northwest. However, the pandemic carries risks with disruptions in shipyards: the potential infection of employees can aggravate the already acute problem of a systematic delay in the delivery of projects.