The first recipient of this unique complex will be one of the regiments of the Uzhur missile division.

Sarmat should replace the ICBM R-36M2 Voevoda, which has been on combat duty since the end of the 1980s.

The RS-28 will have an almost unlimited range and will be able to carry up to 10 tons of payload.

The delivery of the RS-28 Sarmat to the Strategic Missile Forces arsenal will allow Russia to maintain strategic parity with the United States.

“The new Sarmat missile system, created by the domestic industry, will not be inferior to its predecessor, and in many ways, it will be significantly superior to it,” said Karakaev.

“For example, the Sarmat complex provides for the possibility of installing, in addition to existing types of warheads, a wide range of promising payloads, including new-generation hypersonic units,” added the commander of the Strategic Missile Forces.

Development work on the Sarmat project began in 2011.

In March 2018, Russian President Vladimir Putin, in a message to the Federal Assembly, announced the beginning of the active phase of the Sarmat’s trials. The first missiles of the type are expected enter combat duty in 2021.

“At present, the developer of the missile continues the preparation of the missile for state flight tests. Already, to ensure that rearmament with the new missiles goes without issue, preparations are being made for it to be carried out,” said the commander of the Strategic Missile Forces.

Karakaev said that the capabilities and characteristics of the new ICBM have been studied at Russian military academies for over 3 years, so that personnel is amply prepared when the time comes for the missile to enter into combat duty.

According to the plans of Roskomos, the final stage of the Sarmat trials will start at the end of 2020. Last year, the ICBM missile launch cycle at the Plesetsk State Cosmodrome in the Arkhangelsk Region was successfully completed. According to official information, in 2019, the missiles passed ejection tests – checking the characteristics of engines.

The RS-28 Sarmat will significantly surpass its predecessor – R-36M2 Voevoda in combat capabilities. As stated earlier by the President of the Russian Federation, the RS-28 will be “unprecedented in power.”

Thanks to its virtually unlimited range, the latest ICBM will be able to hit targets from any direction, including on the South Pole. In addition, the rocket has a short booster section, which makes it difficult to intercept at the active stage of flight.

The creation of Sarmat was Russia’s response to the unilateral withdrawal of the United States from the 1972 ABM Treaty (Anti-Ballistic Missile). From the point of view of Moscow, the agreement was the “cornerstone of the international security system.” Also, when planning the missions of the Strategic Missile Forces, Russia takes into account that the INF Treaty also came to an end.

At present, the situation with the Strategic Offensive Arms Reduction Treaty (START III) is on the agenda of the Russian Federation and the United States. The document expires in February 2021. Moscow is ready to extend the agreement, but Washington does not have a clear position on this issue.

Too bad this missile technology is already 30 years behind the USA and at least 50 years behind Israel’s! The Israeli Jericho III Missile is much newer, accurate, and longer ranged and can hit any target on Earth WITHOUT being intercepted. This silly sarmat would get blown out of the air by the Arrow II interceptor or even the Patriot! The Russkies on the other hand still use 60s era A-135 interceptors which would not be able to intercept a highly advanced, rapid travelling Jericho III!

True bro, but I hope U.S-Russia nuclear arsenals will never be used, there is no need for that. The U.S doesn’t threat to destroy Russia and vise versa, so it can all be solved by talkings. Unlike the Israeli-Iranian conflict, in which the mullahs keep saying everyday how they wanna get nukes to destroy Israel, in that case a nuclear war is very possible.

LOL 50 years behind, what planet are you living on seriously. If the U.S and Israel were 50 years ahead, Russia would be in bits, not the federation it is today. On the other hand the U.S is collapsing and is heading towards a break up into different regions like the Russian Igor Paranin predicted. Ironic really.

USA is not collapsing at all. They might decline some but decline is impossible. If so most of the world incl. China will decline or coallapse too.

Only people from low life countries see and hope like You do. Your hopes seemes to be Western Economics becomes just as low as Yours, because You dont know how and deny to learn how You raise Yours.

Even most Chinese has to go back to the old starvation days of Chairman Mao. What would happen with China, if none could effort to buy their many products.

Cheap, Soviet era ICBM. Do people actually think this is high tech? This thing couldn’t travel 5 km without exploding! I mean the thing is already rusted out!

If it was on wheel, it could:)

For the two brainwashed zionazis blabbering on the comment line, BIbi flying to Russia multiple times this year alone for a NYET it’s for sure a show of Russia’s military weakness. Compared to the two military experts Bibi with his never ending shit show seems a sane person

Just quick thought, after the end of START 3 in 2021, assume no new agreement reached, that will be the start of final countdown of USrael.

Progress seemes to be a relative. If this one becomes a succes we all can be killed 6 times instead of only 5. hip hip. 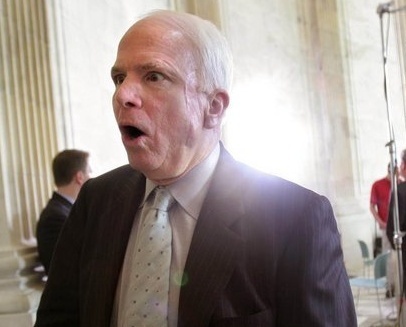