Russia is a major player in the market on nuclear exports. With numerous countries seeking to meet emissions targets could seek to exploit nuclear energy, the Russian nuclear sector, led by state-owned company Rosatom is expanding rapidly. In September, 2015, Rosatom estimated the value of export orders reached $300 billion with 30 plants in 12 counties. In addition, Russia has memorandums of cooperation and deals at various stages of negotiation across the globe. Moreover, at times of low oil prices, nuclear technology can provide Russia with another means of exerting influence and a source of the revenue. 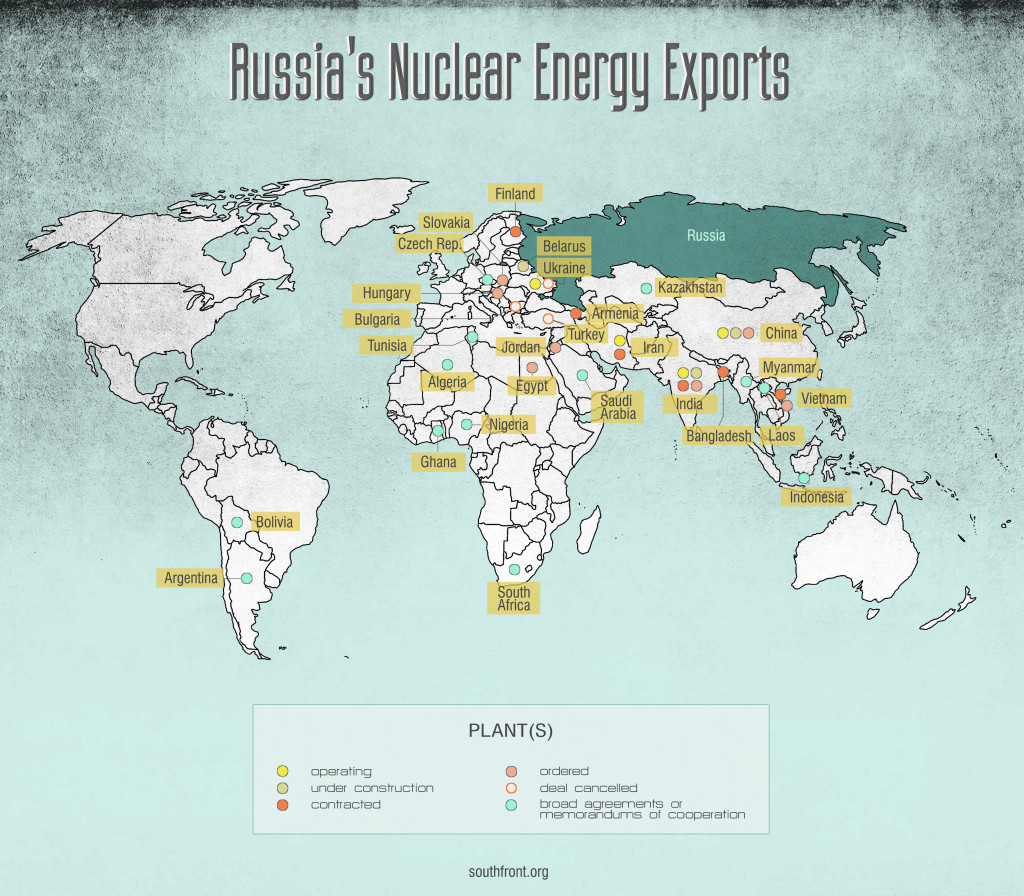