As reported by the Drive Zhukovsky is a major testing base for Russian aerial weaponry, loosely similar to Edwards Air Force Base in the United States, although Zhukovsky now has a small commercial terminal as well.

The airport has a huge runway measuring nearly 18,000 ft., the second largest publically accessible runway in the world. That long runway is there because the storied Gromov Flight Institute is also based at the airfield.

The Gromov Flight Institute operates a wide variety of aircraft for testing purposes, from Tu-154 transports to MiG-29s. One of them, reportedly, is a unique variant of the MiG-31, the same one carrying the missile. The aircraft supposedly started to appear in photographs about one year ago. Initially, it seemed like a regular MiG-31BM, which is the designation assigned to the MiG-31s which have been progressively upgraded and modernized by the Russian air force. It is differentiated by the 81 Blue bort number painted on the side. According to the Drive:

“The MiG-31BM is easily distinguished by the periscope fairing on the cockpit canopy, as well as a large blade aerial on the bottom port side of the fuselage, close to the nose gear. It also features low profile missile pylons on the wings, which are meant to carry R-73 and R-77 missiles, replacing the wing mounted R-40 missile that older MiG-31 versions used to carry.”

The 81 Blue jet, however, has certain external features that are not present on the standard MiG-31BMs. It has no missile pylons or a large blade aerial. It has the periscope fairing, meaning it underwent a similar modernization to the MiG-31BM. It also featured two chin mounted blade shaped pitot tubes under the nose. Despite speculations, the purpose of the aircraft remained unknown.

The purpose of the aircraft was revealed, when alongside other hypersonic weaponry and a laser, Russian President Vladimir Putin, on March 1st unveiled the Kh-47B Kinzhal ballistic missile. The jet carrying it was dubbed the MiG-31K and it had the same external features as the 81 blue one, except the two chin mounted pitot tubes. This suggested that it was involved in a program similar to the Kinzhal.

The photos of 81 Blue show it has a refueling probe, meaning it probably was upgraded from a MiG-31DZ and has a similar purpose as the MiG-31BP. In addition, a second aircraft similar to 81 Blue but carrying an ID ’06 Red’ was also spotted at Zhukovsky around the same time. It had all the same external features as 81 Blue but lacked the periscope fairing. According to the Drive, “this might be a trivial detail.”

According to unofficial information, cited by the Drive, the Mikoyan OKB is developing two version of the MiG-31, known as “Article 06” and “Article 08.” Article 08 was supposedly the carrier of the already known Kinzhal missile, with article 06 being a new version of the interceptor, with a completely different purpose, potentially carrying an anti-satellite weapon or space launch system.

As reported by the Drive: “This would not be the first time the MiG-31 has been used in an anti-satellite project. More than 30 years ago, in January 1987, the MiG-31D (“article 07”), which was the carrier of the 79M6 anti-satellite missile, made its first flight. The aircraft and missiles were elements of the anti-satellite weapon 30P6 ‘Kontakt’ system. The rocket was developed by KB Vympel. The project was largely a response to the United States’ own direct ascent air-launched anti-satellite missile system, the ASM-135, that used a modified F-15 called the Celestial Eagle as a launch platform. The weapon was successfully tested in 1985.”

The UK outlet, Business Insider wasted no time in dubbing the new MiG-31 with the mystery missile a “nightmare” for the US military, due to its speculative anti-satellite role.

It does seem somewhat logical, for Russia to recycle Soviet-era concepts to gain the ability to deploy small payloads into orbit via an air-launched missile, or even to take down satellites in orbit. The US military and private industry have examined similar micro-satellite launch concepts, usually leveraging the F-15C Eagle as a launch platform.

Another option is for it to be an air-launched ballistic missile similar to Kinzhal, but that would make little sense, since the hypersonic weapon is still very new.

Another possibility is that it is an air-launched anti-ship ballistic missile, which has strong tactical and strategic merits. Similar to the Chinese air-launched version of the DF-21D, which is under development, as part of its apparent anti-access strategy aimed at keeping the US Navy’s carrier strike groups at bay.

Another possibility is that this system is used to deploy an air-launched hypersonic boost-glide vehicle, according to the Drive.

All of these are speculation, there has been no official confirmation of the purpose of the modified MiG-31 or the mystery missile.

All the American systems rely on satellites.
Kill the satellites and their ships would be lost at sea, they can’t do celestial navigation. The submarines would not get their launch orders.

Their missiles would fail and planes would go of course, it’s the obvious way to stop the American war machine.

Not wrong there Sinbad2.

Yes they used to use VLF, and it probably would serve as a backup.
A friend helped build the VLF station at North West Cape.

The thought of US Navy ships blundering around on the oceans of the world and not having a clue where they are , bought wonderful visions to me Sinbad. 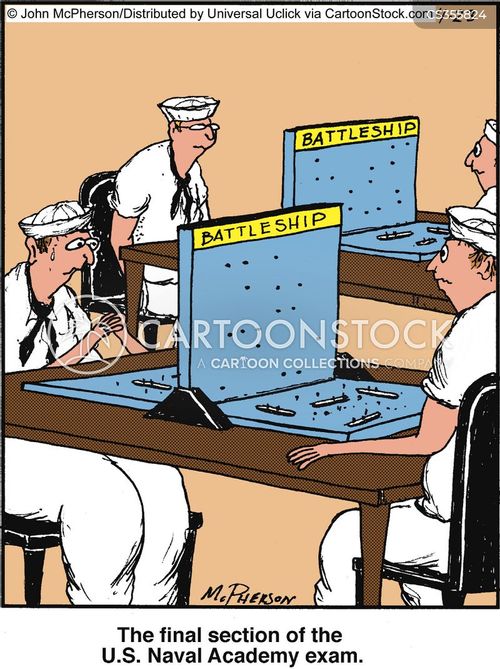 Must admit, following the USS Donald Cook, ending up without electricity, or systems working, I was looking forward to one of the large Nato exercises, on Russia’s borders, suffering the same problem. The thought of them impotent, with the world’s media looking on, seemed so much better than tossing an ICBM at all and sundry.

Its about time you stopped talking like a well educated adult with a knowledge of other nations and cultures and beliefs.

You really need to appreciate reality Al and become an ‘ indispensable and exceptional’ member of ‘our’ democracy :)

Sounds perfect, with no loss of life.

The US and UK war on Syria is for oil and gas. Israel are neither Jew nor Christian nor Muslim but only terrorists disguised as Jew and are anti semitic abusing Jewish religion.

We need to counter this… I know let’s sanction Russia…

Some of the gear that I ordered for my next round of ET/ED contact ops arrived. From left to right a DeLorme inReach satellite emergency locator beacon with SOS, pre recorded voice mails that can be transmitted to phone numbers, weather report text reception to my Bluetooth linked android device, and two way text messaging. A Seek Compact Pro thermal imaging camera for my phone, tablet or computer. A GoPro Hero6 Black body action camera. A 360 lumen 100 yard camera light for the GoPro. And a 360 lumen key chain light. I’m expecting action, and with this new gear it should be easier to capture it and get back safely. 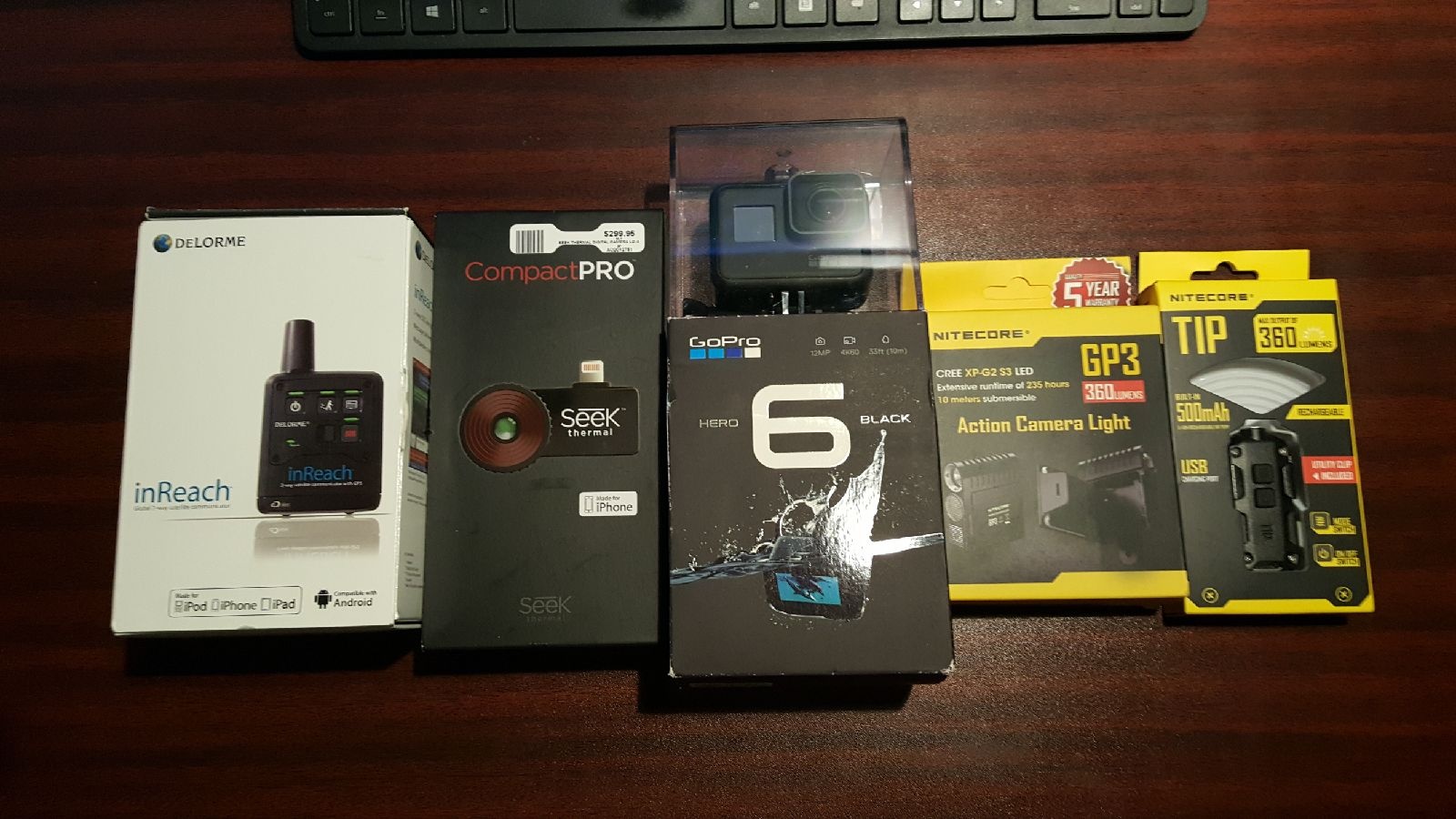 I’m planning to get up on the big ships and talk with them about our transition into becoming an ET race ourselves. This week I’ll be sending a $3,000.00 wire transfer to China for the down payment on a quad track ATV that I’m having built as a factory special order for contact work, that will allow me to travel into remote wilderness areas when the forest service and logging roads are snowed in and impassable with a 4×4. Which is about 6 months out of the year where I am. I’m specing it out with a 75 horsepower 900cc gas engine, front and rear locking differentials and an inter differential lock so that power can go to all 4 tracks at once. Hydraulic disk brakes on all 4 tracks, winch, snow plow, and electric power steering.