On November 3, the ISIS terrorist group targeted Rusia’s Mi-35 multi-role combat helicopter with an anti-tank guided missile near the village of Huwaysis, northwest of Palmyra, Syria. According to the Russian Defense Ministry, the Mi-35 was delivering a humanitarian aid in the area when it was downed because of a technical failure. ISIS militants used this and destroyed the helicopter. Nonetheless, its crew survived.

The  Mi-35M is a combat transport helicopter with anti-tank and assault capabilities. It’s a variant of the older Mi-24 gunship featuring a modified airframe with fixed landing gear and cropped wings as well as the X-shaped tail rotor of the Mi-28N. The Russian Aerospace Forces operates about 50 Mi-35M helicopters and about 150 Mi-24s.

Russia deployed a number of Mi-35M to its air base in the Syrian province of Latakia in 2015. Since then, Mi-35Ms have taken part in a number of operations across the country, including the liberation of Palmyra. 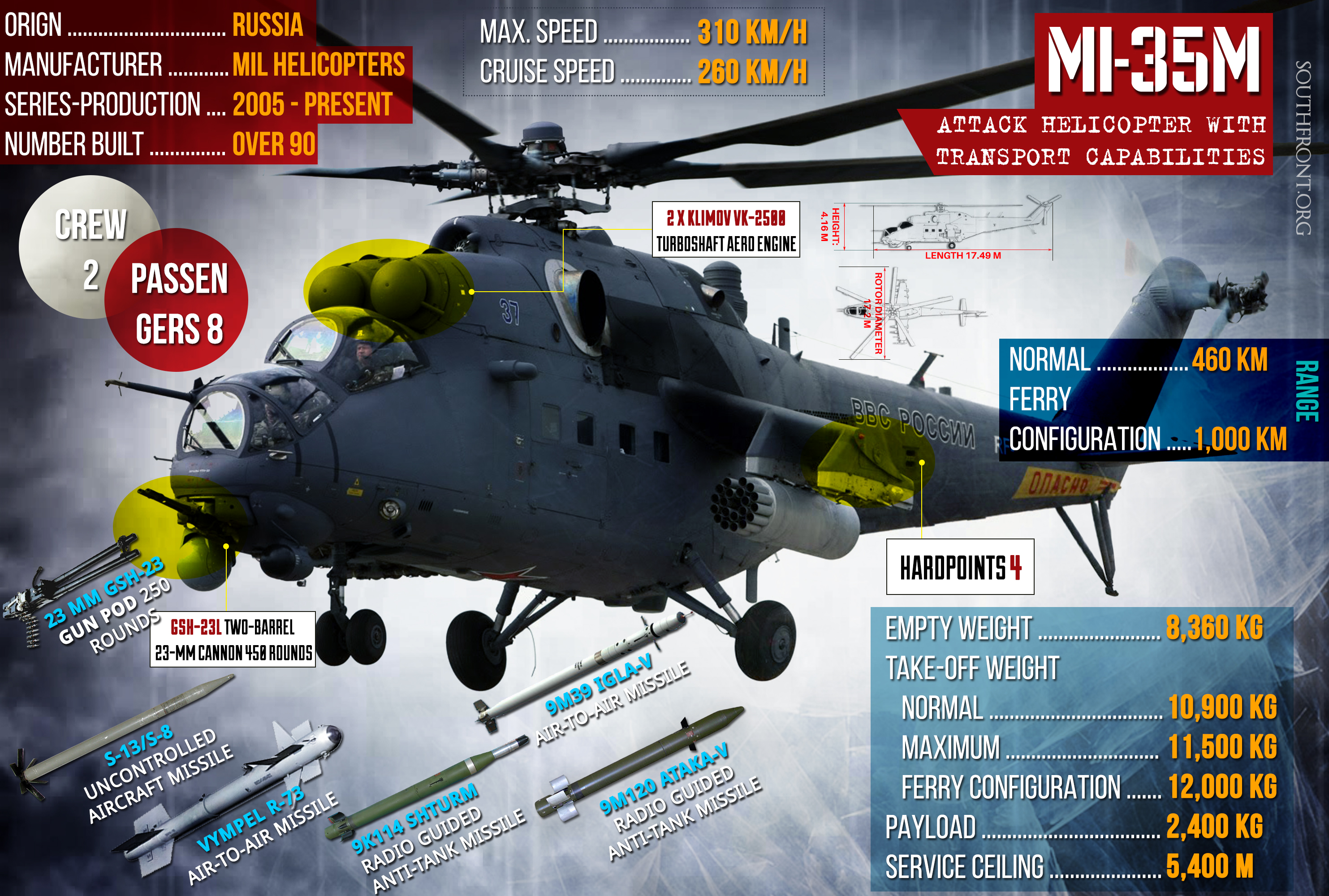