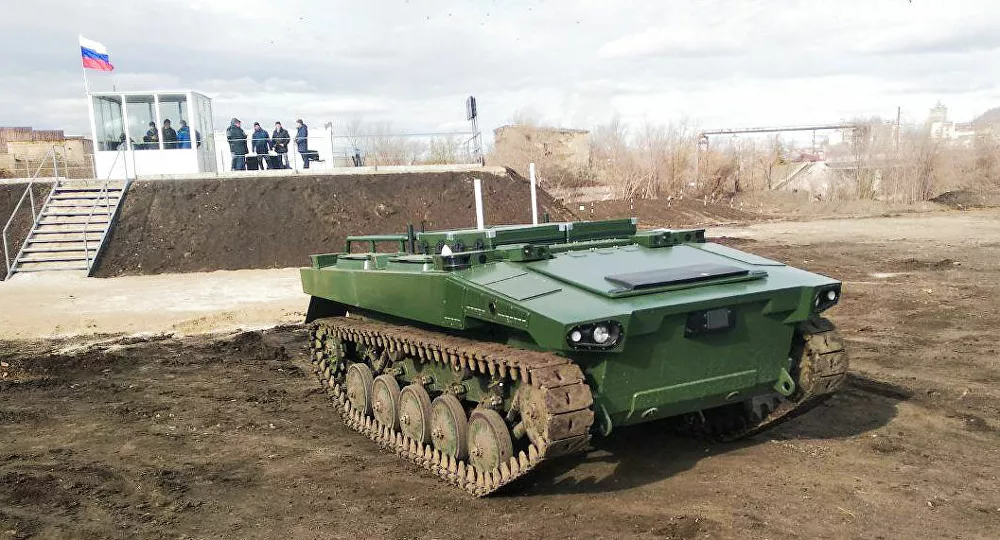 The testing of the state-of-the-art Russian robotic combat platform “Marker” is due to be completed by the end of 2021.

It may be armed with a number of sophisticated unmanned aerial vehicles (UAVs), Vitaly Davydov, deputy director-general of the country’s Foundation for Advanced Research, said on April 21st.

Davydov said that the robot would be equipped with UAVs “providing both reconnaissance and destruction of enemy targets” and that they would be obliterated upon impact with the enemy objects.

In short, the Marker would be equipped with kamikaze drones.

Apart from the UAVs, the platform will be armed with a rocket launcher and a machine gun, he added.

According to Davydov, the Russian Defence Ministry is closely monitoring the implementation of the Marker project. The system would assist and improve the efficiency of the Russian Emergencies Ministry and the Federal Security Service, or FSB.

The project reportedly first began testing in October 2019, and it is being developed jointly by the Foundation for Advanced Research and the Russian company Android Technology.

Footage was published earlier, in February 2019.

#Russia releases first footage of its experimental multipurpose robotic platform #Marker, which can be used as a combat vehicle, synchronised infantry support unit, drone coordination system or for other purposes thanks to its modular design #RussianArms #Robotics ? pic.twitter.com/33VRx99m3G

The Marker robot is a platform for exploring other robotics technologies, though official releases said it may also see use with Russian Special Forces. The Advanced Research Foundation, Russia’s equivalent of the Defense Advanced Research Projects Agency (DARPA), opened a National Center for the Development of Technology and Basic Elements of Robotics in 2015, and this vehicle is one way it’s figuring out how to make payloads work for future armed robots. 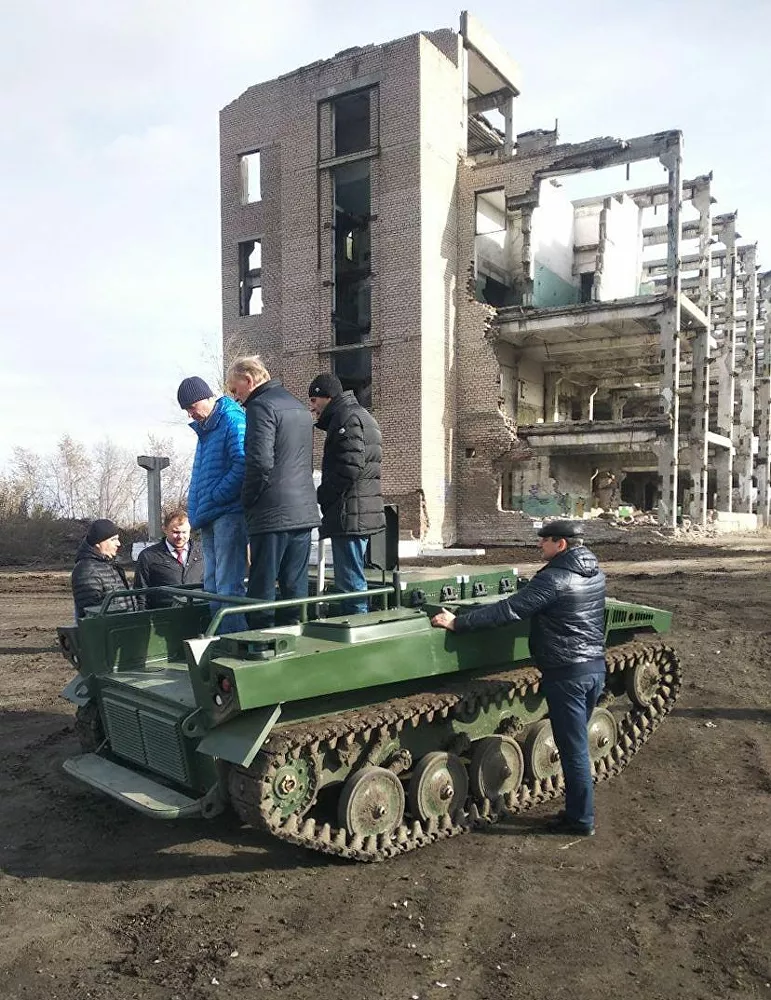 Another robotic system is the Uran-9 Combat Robot, which has even seen action in Syria.

The Uran-9 multipurpose unmanned ground combat vehicle was officially unveiled by Russian military equipment manufacturer JSC 766 UPTK during the Army-2016 International Military-Technical Forum in Russia in September 2016. The vehicle is designed to provide remote reconnaissance and fire support to a variety of tasks conducted by the counter-terrorism, reconnaissance and military units in urban environments.

Looks good, practical and robust like all Russian/Soviet weapons systems.