These include the Helios, Grom and Sirius.

The Grom, which made its debut at ARMY-2020, is designed to provide support for the Sukhoi Su-35 and Sukhoi Su-57 fighter jets, Nikolai Dolzhnekov, general designer at Kronstadt Group said. 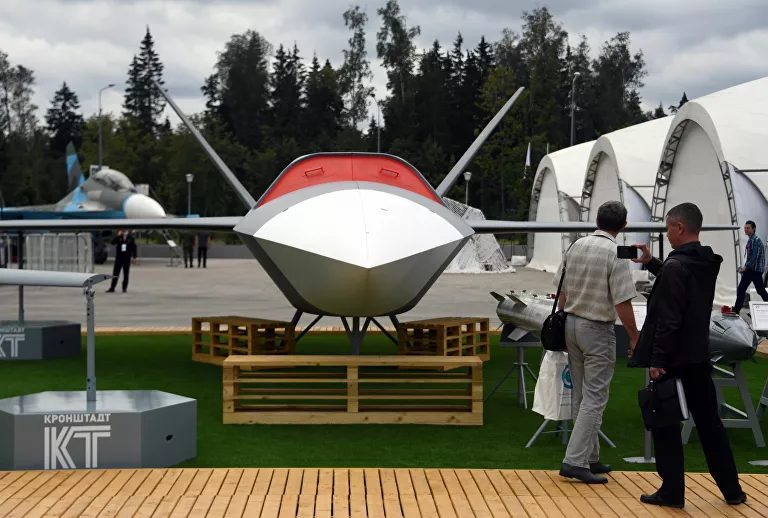 The UAV weighs about 7 tonnes, and has a 500 kg payload, with its main mission being to help keep pilots and their aircraft safe by providing support in the destruction of enemy air defenses, and in carrying out other combat operations.

It should be noted that, according to a press release from the Kronstadt Group itself, the purpose of the Grom UAV is to strike ground targets:

“This is an unmanned attack aircraft that can use airborne weapons in an intense military collision. Speed ​​and stealth technology allow him to overcome air defenses and strike at ground and surface fortified and armored targets. The Thunder drone is used as a “slave” in the forward echelon of mixed manned-unmanned strike aviation groups. This will save the lives of the pilots while crossing the air defense zone. This UAV can be armed with air-to-surface missiles and guided aerial bombs with caliber from 100 to 500 kg. ”

“Even today, the Defense Ministry understands that drones of this type should enter into service with the Aerospace Forces en masse,” Dolzhnekov said. 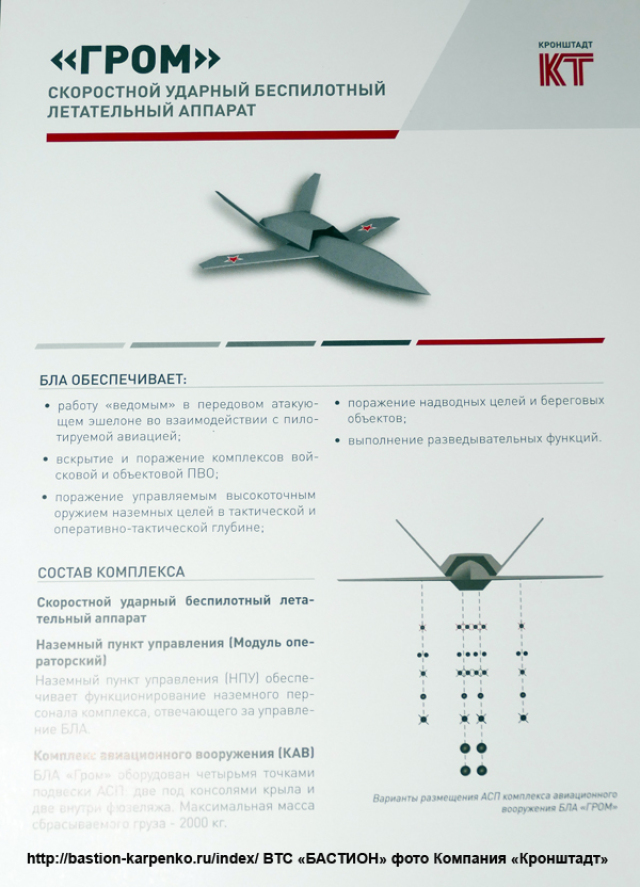 According to the press release of the Kronshtadt Group, the Sirius UAV is the next stage in the development of the Orion UAV project with a take-off weight increased to 2 tons.

With the help of the satellite communication system currently being developed, the Sirius’ range of application will be limited only by the fuel supply on board and will be at least 1000 km from the base. The aircraft has several points of suspension for airborne weapons (AAS) and is capable of carrying up to 300 kg of payload.” 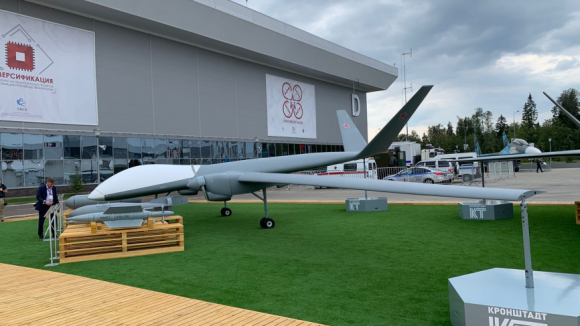 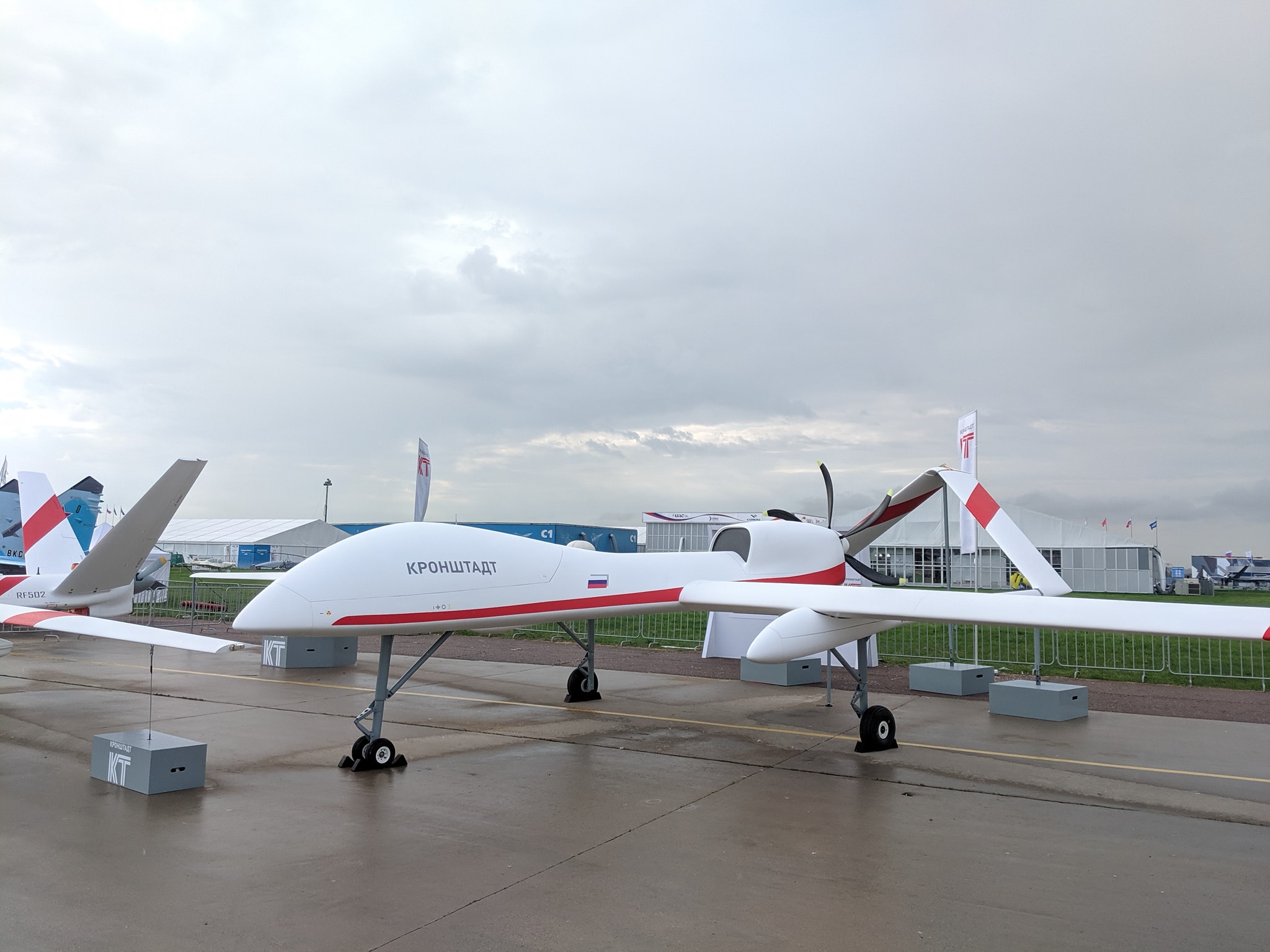 Regarding the UAV “Helios”, the press release says that the “Helios-RLD” apparatus is being revealed at the “Army-2020” forum.

This drone with a takeoff weight of 4 tons and a wingspan of 30 meters is intended for long-term loitering (up to 30 hours or more days) at altitudes above 10,000 m.

These characteristics, combined with a carrying capacity of 1 ton, will allow performing radar surveillance and surveillance missions.

For this, the UAV is equipped with an airborne radar located at the bottom of the fuselage. Several such drones are capable of forming a continuous radar field in the Arctic zone of the Russian Federation.

In addition, the Helios can also carry out reconnaissance and air strikes. 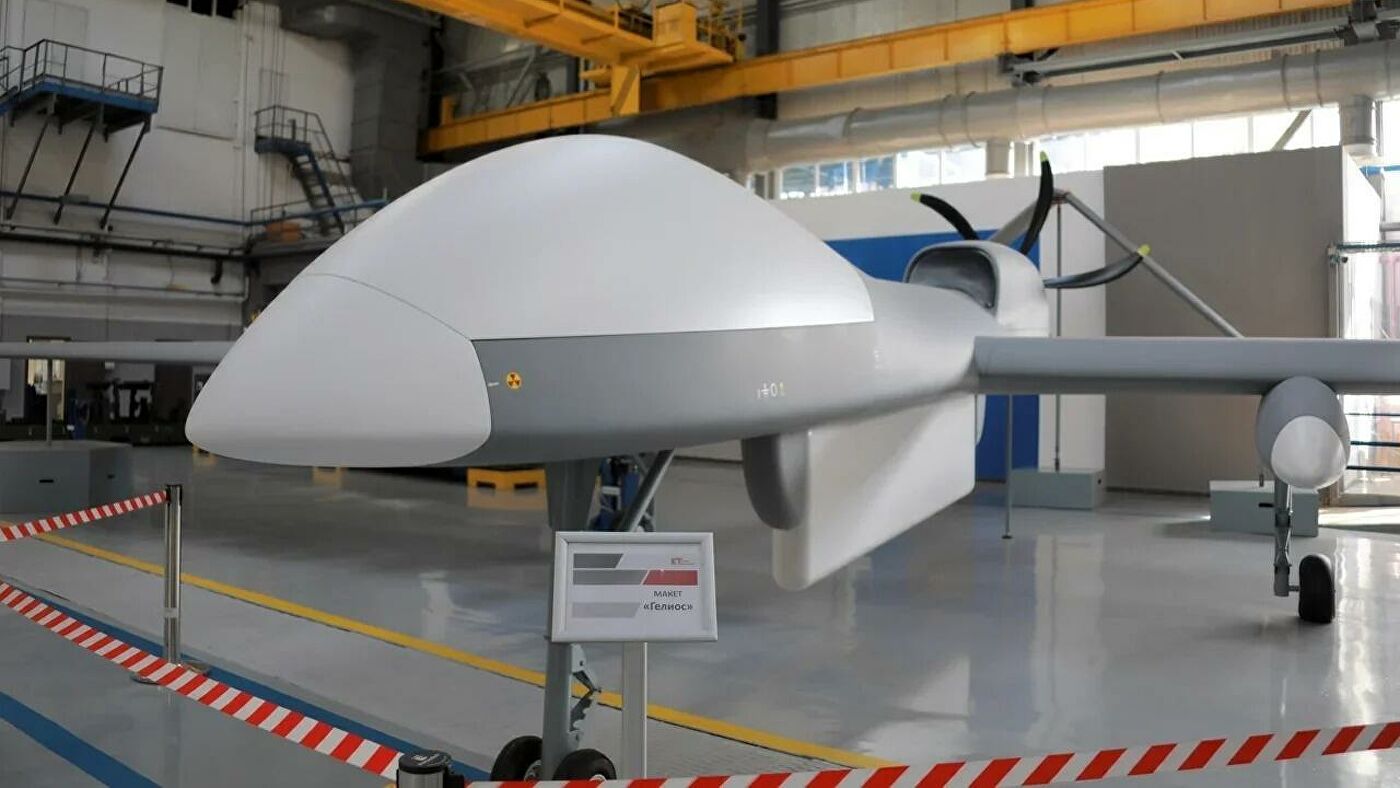 They should be deployed in Syria and cover the whole skies and blast the headchopping terrorist cunts to oblivion.

Looking good. CIA trolls and hasbarats will cry and rage :)

Only because something looks similiar is not a copy. Buran looked very much like the space shuttle but under the hood it used a very different tech. A Chevy Vette looks like a Ferrari, under the hood totally different…

Use em in Syria.

You will be avanged Rip…

Russia is lacking in drones so it nice to see Russia presenting new drones.