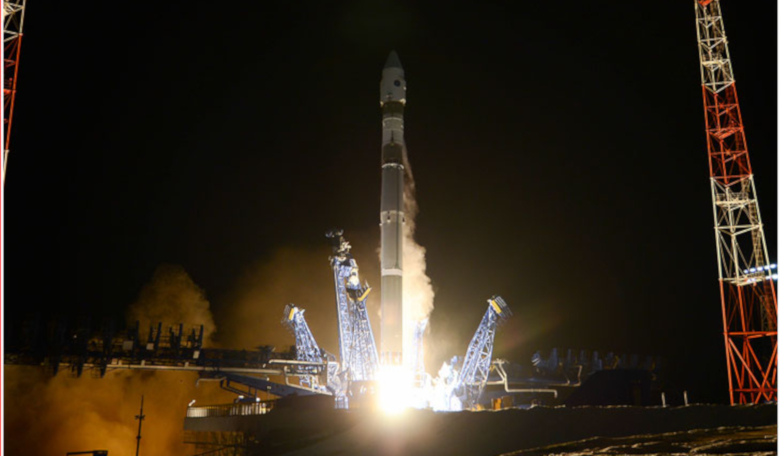 The apparatus that is being used for the tests is the satellite inspector, launched with a Soyuz-2.1V rocket on the evening of November 25th from the Plesetsk cosmodrome.

It is capable of moving in orbit and conduct external inspection and non-contact technical diagnostics of other satellites from the smallest possible distance.

Such inspector satellites can receive information not only from their own devices, but also from foreign ones.

According to the American space analyst Bart Hendricks, the satellite inspector is the spacecraft 14F150, created by NPO Lavochkin and the Central Research Institute of Chemistry and Mechanics as part of the experimental design “Nivelir”.

According to earlier reports by Bart Hendrix, the “Nivelir” experimental design project is being led by the Moscow Central Research Institute of Chemistry and Mechanics (TsNIIHM) and is indexed as 14K167.

On September 30th, 2011, the Central Scientific Research Institute of Chemical and Mechanical Engineering signed a contract for the development of the Nivelir with the State Scientific and Technical Center Garant (SSTC Garant) of the Ministry of Economic Development of Russia.

The Nivelir project reportedly involves the creation of a space platform that allows for the usage of small satellite inspectors, designed to diagnose other satellites in space.

The last two of these launches used the Breeze-KM booster block for launching into orbit.

The first platform of the Nivelir was presumably launched with the Soyuz-2-1V launch vehicle on June 23rd, 2017 as the satellite “Cosmos-2519.”

The satellite-inspector was released from the satellite on August 23rd, 2017 and received the name “Cosmos-2521.”

On October 30th, 2017, Cosmos-2521 itself released another sub-satellite (Cosmos-2523), which, according to the Russian Ministry of Defense, “diagnoses the technical condition of a Russian satellite” and “determines whether it can be returned to working condition.”

However, after being separated from Cosmos-2521, it lowered its perigee by approximately 100 km and hasn’t approached other satellites, which would suggest that it possibly has another function.

In August 2018, U.S. Assistant Secretary of State for Arms Control Yleem Poblete described Cosmos-2523 as “incompatible with anything previously seen using in-orbit inspection or space situational awareness,” and hinted at the possibility that it might be associated with the space weapons development program.

According to Hendrix, the second launch of the system under the Nivelir program was expected at the end of 2019 using the Soyuz-2-1V launch vehicle and should have been similar to the Cosmos-2519/2521/2523 mission.

The satellite launched from the Plesetsk cosmodrome on November 25th has the designation of Cosmos-2542 and it is based on the 14F150 unified multifunctional space platform.

Short answer: Reality. Anyone that can send satellites into orbit can easily take out existing satellites. The US, Russia, China and India are the known countries with this ability.

But, but, but Russia has an economy smaller than that of Italy.

A common cry of the EuroAtlantic fanboy club.