Russia’s Ka-52 helicopter gunship is over the coast in Syria’s Latakia province.

Russianhelicopters.aero: The Ka-52 Alligator is a next-generation reconnaissance and combat helicopter designed to destroy tanks, armoured and non-armoured ground targets, and enemy troops and helicopters both on the front line and in tactical reserves. The helicopter can operate around the clock and in all weathers. The Ka-52 can provide target acquisition and designation for helicopter teams and ground troop command and control centres. It can also provide fire support for troop landings, fly routine patrols and escort military convoys. 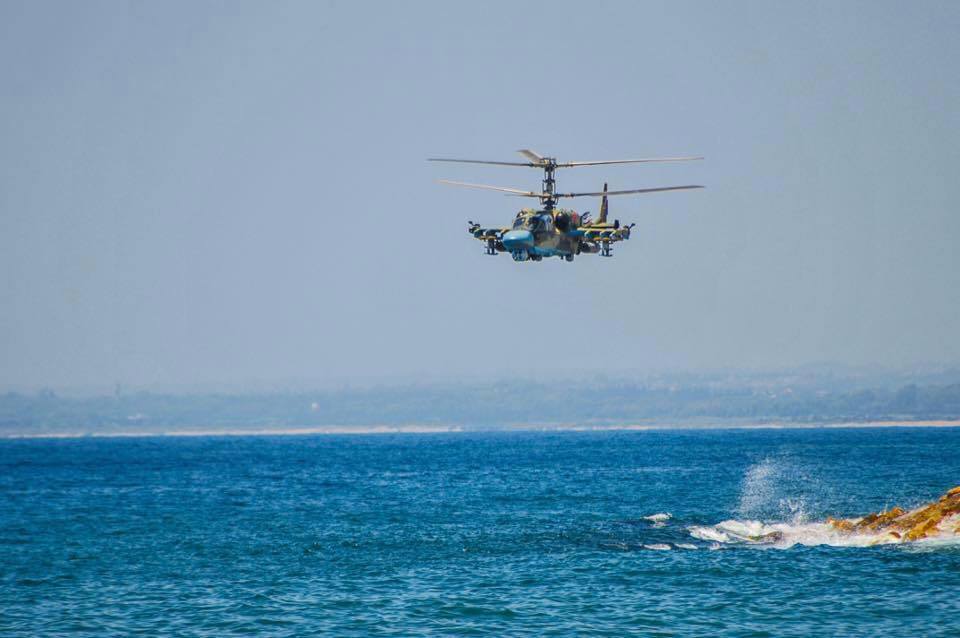 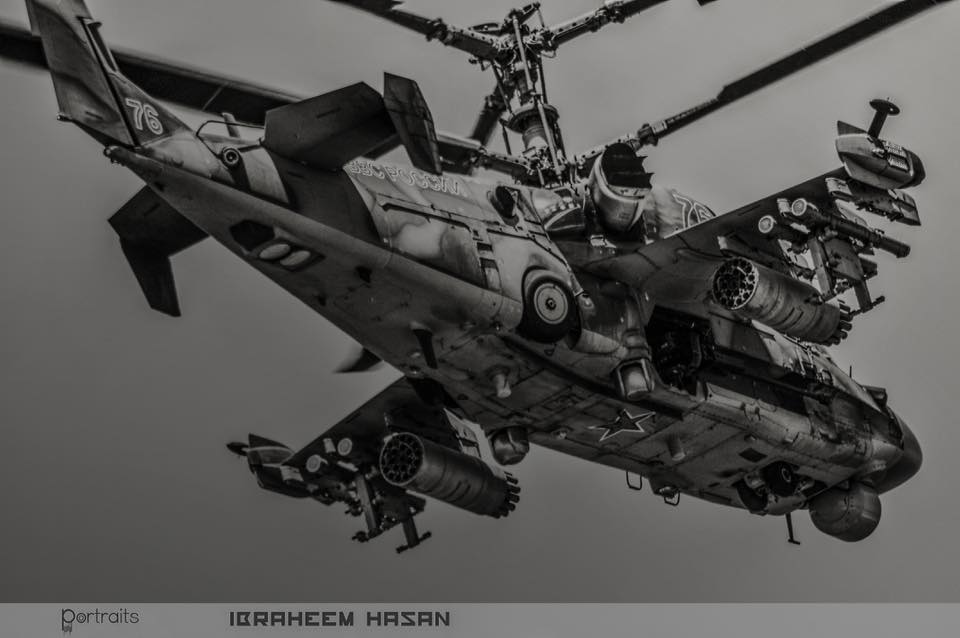 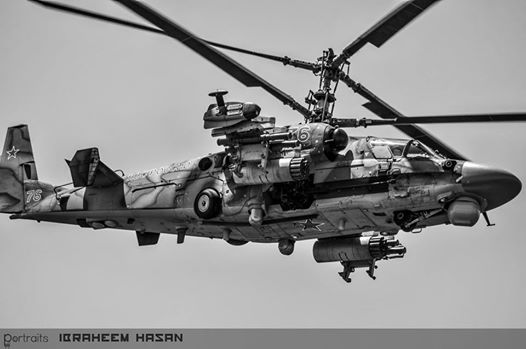