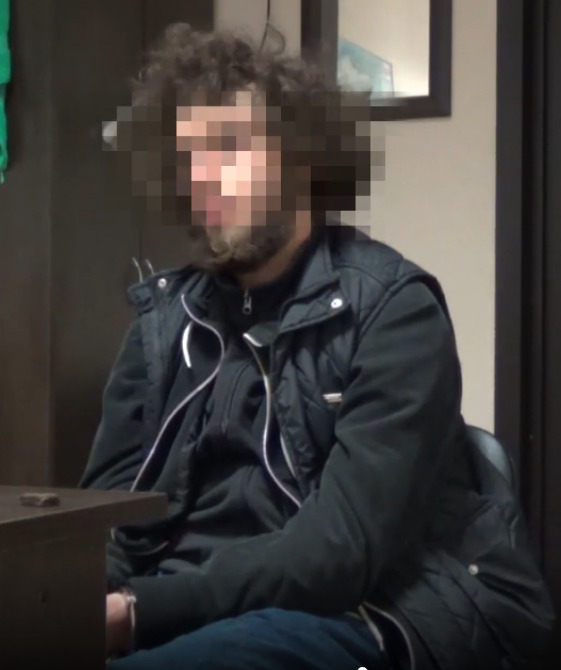 An ISIS supporter was detained in Russia’s Kislovodsk.

He was allegedy planning an attack on security officials, the Russian security service – FSB reported.

“In the city of Kislovodsk, a Russian citizen born in 1996, previously convicted of common crimes, was detained, who was preparing to carry out an attack on law enforcement officers using improvised explosive devices in the interests of international terrorist organizations,” the FSB said.

This is a previously convicted Russian citizen born in 1996. According to the investigation, he made homemade grenades to blow up the police station, where he went to report on previous cases.

At the suspect‘s house, they found components for making bombs, striking elements and extremist literature. The operation was carried out jointly with the Investigative Committee and the Ministry of Internal Affairs.

The secret services also detained three Russians involved in financing terrorists in Syria. They also turned out to be ISIS supporters.

They were preparing attacks in the Stavropol Territory.

In mid-March, the FSB announced the arrest in Adygea of ​​an ISIS supporter, who was preparing terrorist attacks.

“On the territory of the Republic of Adygea, a native of the Central Asian region, who was preparing for a terrorist act in places of mass presence of citizens, was detained,” the service said at the time. During a search at his place of residence, components of a homemade bomb with striking elements, a flag of the “Islamic State”, and a map of Maikop “with objects of terrorist aspirations” were found.

This year, several major terrorist attacks were prevented in Russia: in January – in Bashkiria, in February – in the North Caucasus, in March – in the Kaliningrad region, Makhachkala and Maikop, in April – in the Tver region.

In addition, in February and March, security officials detained supporters of the Ukrainian neo-Nazi community MKU in Gelendzhik, Yaroslavl and Voronezh. They found a lot of extremist materials, edged weapons, instructions for making homemade bombs.

Also in the week ending on April 4th, the FSB uncovered a nationalist in Barnaul who was receiving instructions from the curators of the Ukrainian Ethnic National Association (ENO).

According to the detainee, the ENO is divided into agitation and radical cells. The man, dissatisfied with the government policy in the field of migration, tried to join a radical cell and contacted the coordinator. He gave him a number of tasks, the first of which was to draw up a photo report and “conduct reconnaissance on the ground,” including points of sale belonging to “persons of non-Slavic appearance.” After the local resident completed this task, he was instructed to commit arson, detonation or other actions intimidating the population.

According to his own testimony, he was planning to blow up a mosque.

Russia was wrong to abolish the death penalty, this riff-raff does not deserve anything but to die, this is what they would like to do to others, the same that must be done to them.

it is worst a life sentence inside a North Siberian jail!..if they are executed…they think that 72 Virgin Goats are waiting for them…

Hundreds of these jihadi terrorists from Russia have migrated to Syria over the last decade or so via turkey. They all need to be put to death. Iraqi/ Syrian jails are full of their wives and children. Turkey is still the conduit for introducing jihadi’s into the SyRaq.

there are 30,000 Uiyghurs in Idlib. US HAS BEEN COLLEAGUES OF THESE ISLAMIC CROOKS SINCE 1980

It is good that the Russian authorities have arrested this animals. It is a core strategy by the West to fuel hatred between Muslims and Christians in Russia. Till now with no results, because the citizens of the Russian federation stand together and respect each other. But they try to repeat it again and again in order to destabilize the country. Look at the poodle Nawalny. This order: “Look for people with non slawic appearance” could have come directly out of his dirty mouth. As usual they play both sides. The punishment has to be very very severe in this cases in order to state a visible example.