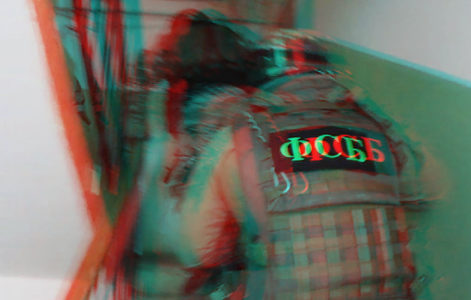 On December 2, the Federal Security Service of Russia (FSB) reported that several employees of the Ukrainian intelligence services were detained in different Russian regions, including in Crimea. Two of them were collecting information about the Russian strategic objects, and the third was preparing a terrorist attack.

The FSB announced that it had thwarted “intelligence and sabotage activities on the territory of three Russian regions.”

Two of the detainees were identified as Zinoviy Koval and his 22-year-old-son, Igor Koval. They both confessed that after being recruited by a member of Ukraine’s SBU security service, they were asked to gather information about sensitive sites. They were promised a $10,000 reward. Short-barreled and automatic weapons were reportedly found in their car.

The third detainee was claimed to be Shvidenko Sergey, officer of the Ukrainian Military Intelligence “sent to Russia with the task to commit a terrorist act,” namely to detonate two IEDs.

In his turn, a spokesman for the Security Service of Ukraine denounced the FSB statement as fake.

“Such statements from the Russian FSB should be considered exclusively through the prism of hybrid war, in which information propaganda and the spread of fakes play an important role.” Artem Dekhtyarenko commented on the issue.

However, these are not the first Ukrainian terrorists arrested on the Russian territory. Today, FSB claimed that Sergey Shvidenko, a senior officer in the Main Intelligence Directorate of Ukraine’s Ministry of Defense, was convicted of overseeing a group plotting to corry out sabotage attacks in Crimea, including at the facilities of the Russian navy’s Black Sea Fleet.

Earlier, the FSB detained Ukrainian diplomate Alexander Sosonyuk, who served in the Ukrainian consulate in Saint Petersburg, and was gathering secret data from law enforcement and FSB databases.

In 2020, a Russian officer from the Strategic Missile Forces was also detained on charges for passing highly classified information on the county’s strategic forces to Ukrainian intelligence officers.

Ukropnazis will cry and rage 🤗

The end
Reply to  Lone Ranger

Rope them over the keel…

Can’t go without a strong response. I’d send a couple of land attack cruise missiles down the SBU’s way.

Chocoalate might be better. If they eat a lot none can move.

Ukraine has massed over 100,000 troops plus equipment ready too attack the Donbass/ Lugansk . Russia has two choices. Either stay out of internal Ukrainian affairs and let the mostly Russian people be annihilated by people who are hell bent on retribution for their defeats without mercy. Past events show how cruel and without pity they can be. Or Russia can be sucked into the bear trap and support the people of the Donbass and be accused of invading Ukraine against all international conventions which makes them illegal, thus giving the US and NATO the ” Right ” to go too Ukraine’s aid and attack Russia with the support of the world who have been blindfolded and led by the nose into this conflict.

The fallout from this will reverberate and have ramifications all around the world. The US has been manipulating this situation and preparing for a long time. There will be no winner other than the elites , banksters and the military industrial corporations who will all be safely ensconced in deep bunkers where they will be able to survive for years while they wait for the smoke to clear.

When ‘the smoke clears after a long period in their bunkers’ the oligarch’s wealth will be worth nothing in a post armageddon desolated world. LOL.

I wonder if Ukrainians realize they are only used to cancel nordstream. They wont really be supported militarily. How many casualties will it take before they decide the costs outweigh any possible gas transit fees that they used to get? lol It is hard to imagine a scenario where they are successful in taking back the breakaway regions with overt Russian support

Does Ukraine even have 100,000 troops. I mean actual troops ready for combat?